Landon is at a place now that I wasn’t sure we would ever get to completely. He’s so happy, doing so much better in the classroom, and so accustomed to his daily routines.

We all have bad days, and he still has those. But I can honestly say he has about 99 percent more great days with only a few bumps here and there.

You wouldn’t believe how much he has changed over the past year—physically, mentally, emotionally, and academically!  When I look at his report card, I’m amazed at how Landon went from being able to recognize only a few letters to now the whole alphabet. His self-control and self-awareness have continued to improve, and he can now sit in a classroom and follow directions.

Each time I pick him up for a visit, there is always something he’s so excited to show me—like zipping his own jacket or mastering getting his socks on with the lines just right. You can see his sense of security and safety. He’s no longer afraid that you will leave the room that he’s in, and when he goes to sleep in his own bed, he no longer thinks he isn’t going to see you again. 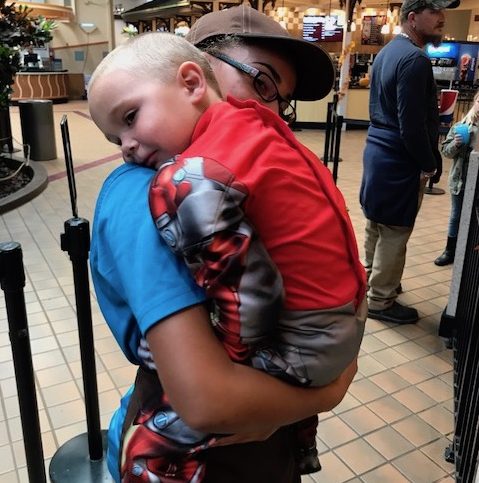 I give all the praise to his houseparents, the Learys, and his teacher Mrs. Rundle. They have been truly incredible. The changes we continue to see in him are things that take so much patience, love, and time. That’s what confirms how much effort they put into him, and because of them, Landon has so much more greatness!

They are great at following through with positive reinforcement and I believe that has been a critical factor for Landon continuing to grow as he has.  Most kids want to make us proud, and each time they receive positive feedback, it reminds them of how great that feels. Typically, they choose to continue making great choices. The MHS staff had a lot to work on with Landon when he first arrived and I believe that because of them, he now has a stronger foundation.