Catherine Hershey: The Woman Behind the Man 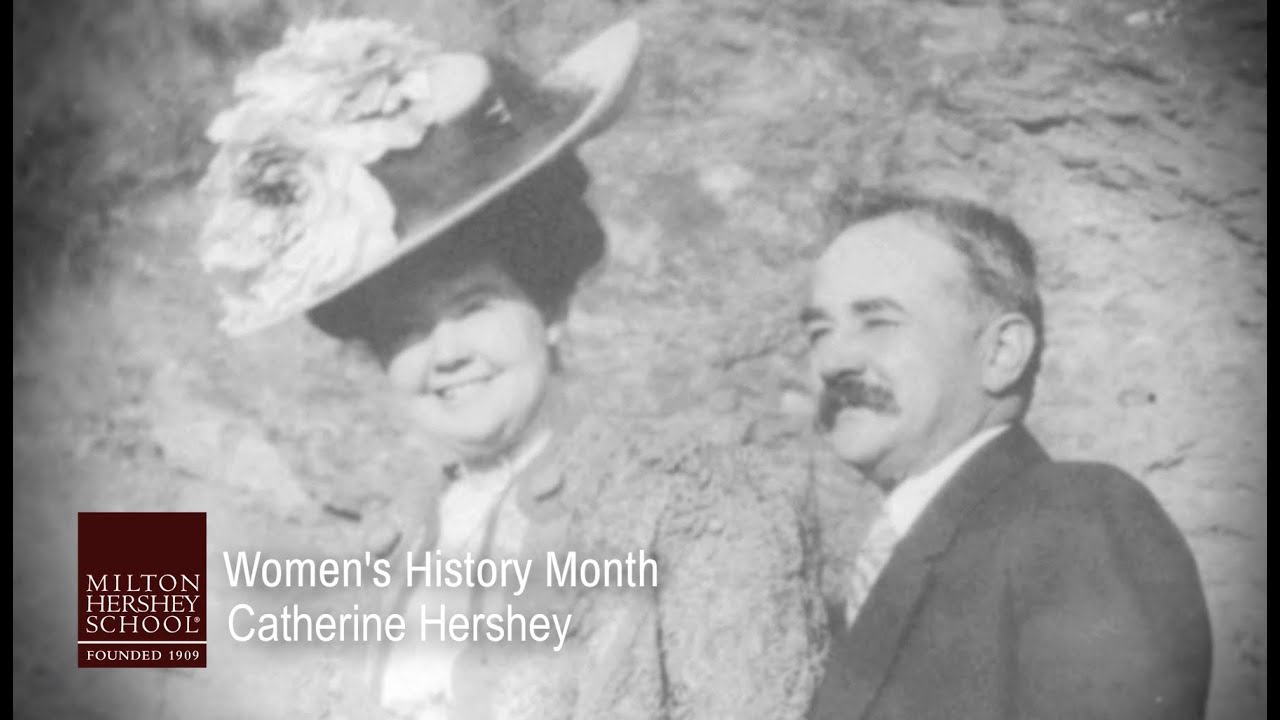 Born as Catherine Sweeney in Jamestown, New York to Irish immigrant parents, Mrs. Hershey married Milton Hershey on May 25, 1898. They wed in the Rectory of St. Patrick’s Cathedral in New York City.

Milton and Catherine Hershey first lived in Lancaster, Pennsylvania. Mrs. Hershey quickly found her place within her community’s charitable circles. She donated time to the Lancaster Charity Society. The group existed to help poor city families. This experience likely influenced the Hersheys’ decision to found a school and home for orphan children.

When Mr. Hershey gave his first documented gift of $5,000 to Franklin & Marshall College in 1900, many credited his wife. Catherine Hershey had great influence over Mr. Hershey, and he respected her opinion.

Soon after, Mrs. Hershey saw to it that the new Cathedral of St. Patrick in Harrisburg received a sizable gift toward its construction. For her contribution, the cathedral includes the name of Mrs. M.S. Hershey as a founder on a wall located just inside the front entrance.

The Deed of Trust confirms Catherine Hershey’s role in founding and shaping the school. This document was signed by both husband and wife. At the time, women had little involvement in the business and legal affairs of their spouses. Mrs. Hershey standing as a co-founder was unusual. It meant she would continue to be involved with the school, even if Mr. Hershey died.

Catherine Hershey loved planning and enjoying gardens. The gardens at High Point Mansion, her home, were remarkable. She and Mr. Hershey allowed residents of Hershey to use and enjoy the grounds. Her greatest contribution to the town of Hershey, itself, was its landscaping.

Mrs. Hershey did face challenges in her personal life. She suffered from a chronic illness that took her mobility and balance. As the disease progressed, she tried to maintain her cheerfulness. Although she lived with courage and her usual positive nature, she died on March 25, 1915.

Catherine played an important role in the story of Milton Hershey School. It is fitting that the school commissioned a statue of her. During the school’s 100th anniversary celebration, the statue was installed in Catherine Hall middle school. It is a lasting tribute to one of our great founders.

Milton Hershey School is Milton and Catherine Hershey’s legacy. It gave them a family they could call their own. It continues to meet their wish to help children lead productive and fulfilling lives.

Do you know a child who could benefit from the opportunities offered at MHS today? Our admissions and enrollment process can help you determine if MHS is the right fit.

In 2020, Milton Hershey School further recognized Catherine Hershey by naming its subsidiary school after her. Catherine Hershey Schools for Early Learning provides a cost-free educational, social, and cognitive day program to children of low income from birth to age 5. CHS Early Childhood Resource Centers are located across the state of Pennsylvania.

CHS was inspired by MHS and is operated independently of the MHS core model.