Milton Hershey enjoyed growing up in the country and spent his time fishing, picking watercress, and gathering chestnuts and acorns. His close relationship with nature was something he hoped the students in his care would grow to appreciate as well.

See how Mr. Hershey’s love of nature influenced the school and Hershey community.

Although it wasn’t successful, Milton’s father, Henry, attempted to create a nursery and trout farm in Lancaster County and planned to sell many varieties of fruit and ornamental trees.

When Milton was older and brought his father back to live at the Homestead in Hershey, Henry was able to experiment with shade trees and imported fruit trees. He planted poplars throughout the Homestead and up the Horseshoe Pike. He also planted quince trees and proudly stands beside one in this photo. 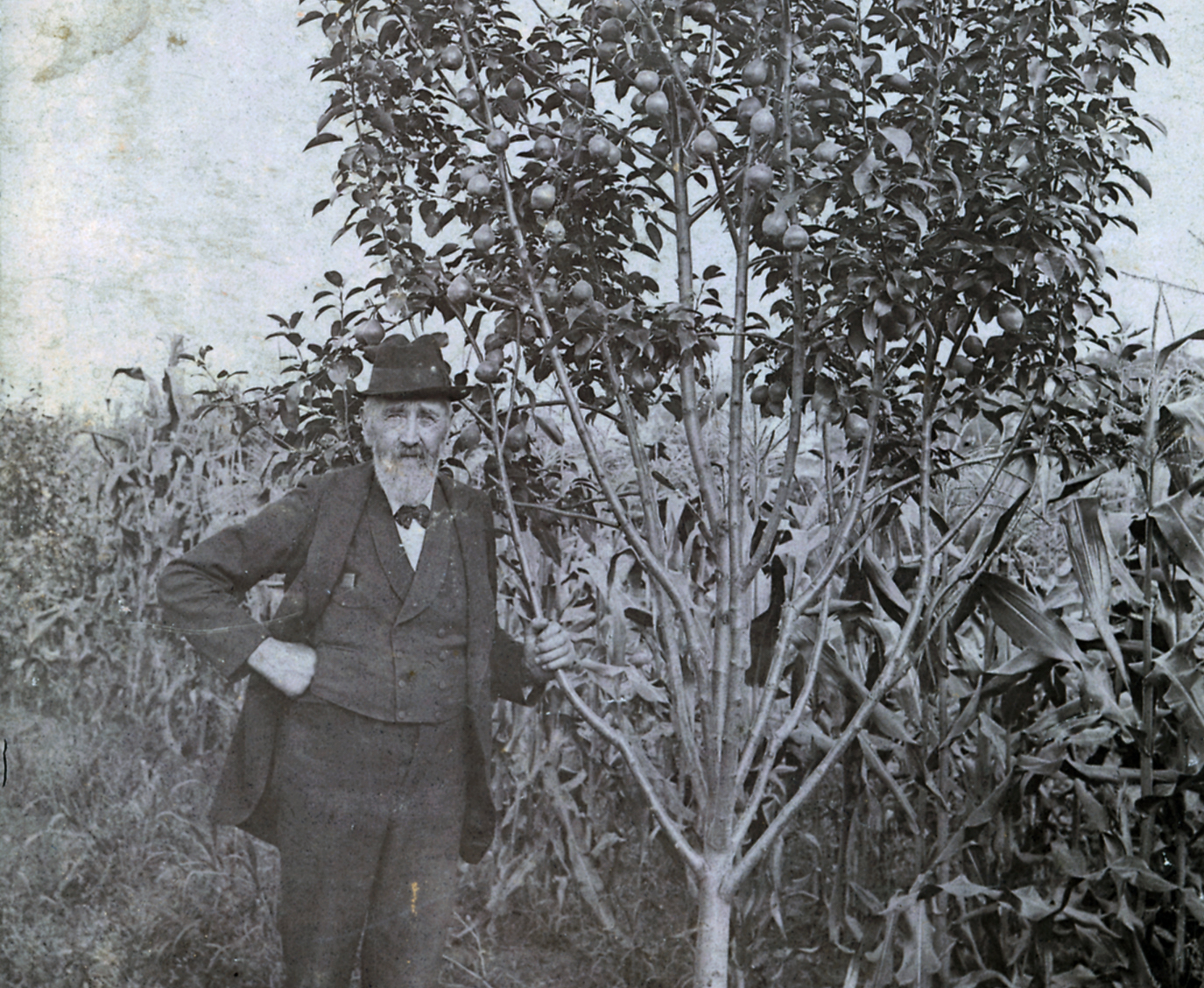 Milton Hershey carried on his father’s love of nature when planning for the creation of the new community in Hershey. He placed great importance on having beautiful spaces and pleasant surroundings and felt strongly about the planting and preservation of trees.

“There is not a person alive who should not plant a tree,” he once said to Charles Ziegler, President of the Hershey Estates (now Hershey Entertainment & Resorts), “not for the shade that you’ll enjoy, but for those who are coming after.” 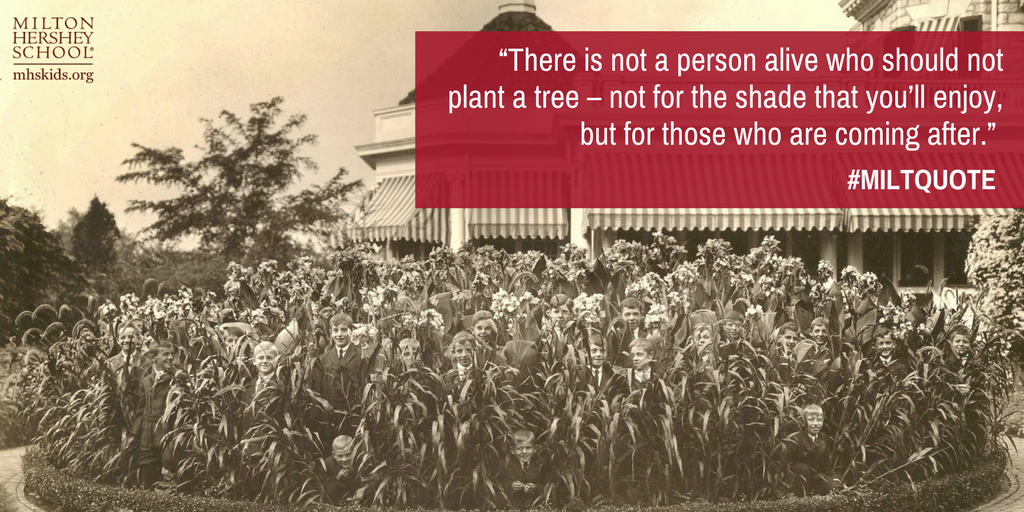 Catherine Hershey also was involved and shared her opinions with the head gardener for their property. Both Milton and Catherine enjoyed spending time in their gardens at High Point and hosted friends to share in the beauty of the grounds.

Harry Erdman took over as head gardener for the town and worked directly with Milton Hershey on landscaping the town and creating the Hershey Gardens:

“We planted some nut trees for Mr. Hershey because he said as a boy he never enjoyed anything more than going out and gathering chestnuts and various nuts under the trees, and especially the walnut trees. And the planting done with his nut trees at the various farm units where the boys are housed; he thought they would get the same type of enjoyment from them. So we planted quite a number, we planted chestnuts, we planted English walnuts, we planted Harvard nuts, we planted butter nut and some of the Harvard black walnuts and various things of that type.” –Harry Erdman

After a bad storm, a few Golden Chain trees in the Hotel Hershey gardens were destroyed. When Milton Hershey surveyed the damage, he shook his head and said they had no control over the weather and would have to try something else to beautify it again.

When in Hershey, Cuba, Milton Hershey relaxed in the tropical gardens that featured exotic trees and plants which he had imported. He loved to sit by himself under a giant Ceiba tree—the sacred tree of Cuba—and look down the long garden path toward a stream.

Mr. Hershey’s interest in beautification never waned. Ten days before Milton died, Erdman met with him to discuss a project Milton was considering.

We had planned to start the following spring and his last words to me at that time were, ‘Erdman, you and I may not live to see this but fifty years from now, people would still be able to enjoy it.’”

Mr. Hershey was right. The beautiful surroundings and acreage of the Milton Hershey School campus continue to inspire students and give them opportunities to explore. Take a look at the school’s historic pieces of architecture and landscaping that make up his legacy. 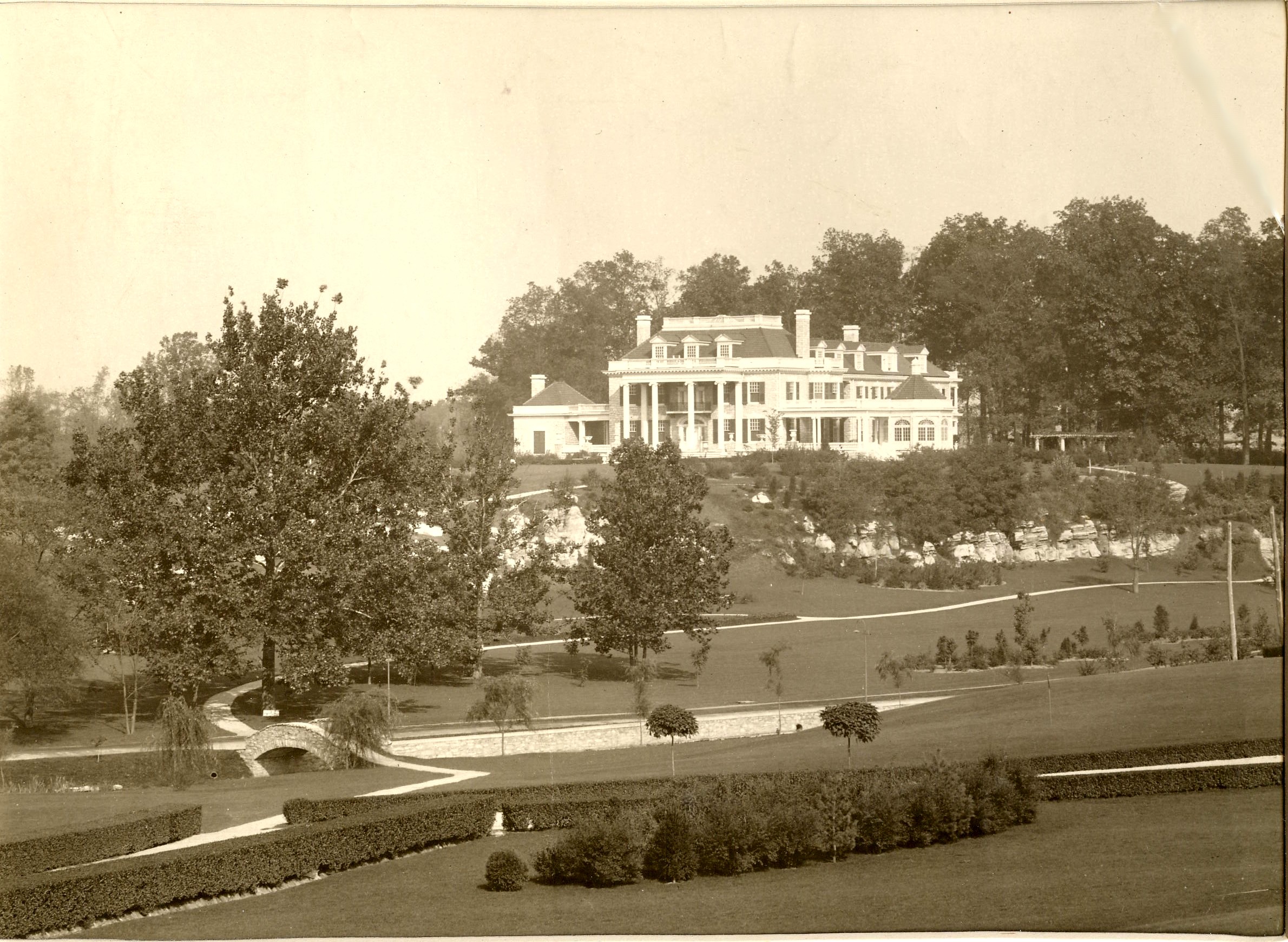