Built on Sugar: Hershey in Cuba

Did you know Milton Hershey had a personal and professional interest in Cuba?

To help ensure a steady supply of sugar for his chocolate, Milton Hershey began to acquire land in Cuba in 1916 shortly after the death of Catherine Hershey in March 1915. The outbreak of war in Europe had disrupted the international flow of sugar, especially beet sugar grown primarily in Europe, which made Cuba a sugar hotspot.

While the Cuban land was an investment for the ingredients he needed for his chocolate, the country also became a place of refuge for Mr. Hershey. He spent increasing amounts of time in Cuba in the 1920s and 1930s and purchased several mills. He also built a new mill and town, which he named Central Hershey – “central” is the Cuban term for a sugar mill and its surrounding town.

Central Hershey eventually became the flagship of his Cuban holdings. In 1922, Mr. Hershey even constructed an electric railroad between the major ports of Havana and Matanzas to transport his sugar, portions of which continue to operate today. 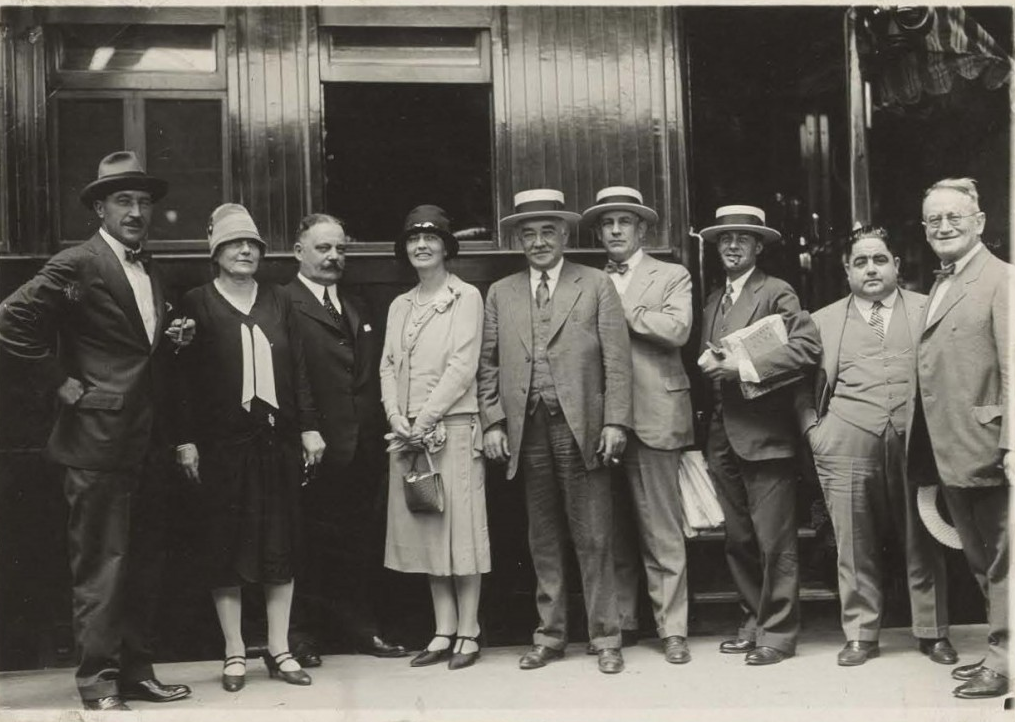 Milton Hershey (center) at the Central Hershey train station. P.A. Staples, head of the Cuban operations, and John Snyder, Mr. Hershey’s lawyer and author of the Deed of Trust.

Bringing His Generous Spirit to Cuba

Central Hershey, completed in 1918 and located about 35 miles east of Havana, included comfortable homes, free public schools, and many of the same amenities found in its Pennsylvania namesake. Once Central Hershey was established, Mr. Hershey purchased Central Rosario in 1920, Central Carman and Central San Antonio in 1925, and Central Jesus Maria in 1927.

At its height, the Hershey Cuban holdings included 60,000 acres, five raw sugar mills, a peanut oil plant, a henequen plant (an agave plant species), four electric plants, and a standard gauge railroad with 251 miles of track. At Central Rosario, Hershey founded an orphan school known as the Hershey Agricultural School. Like the Hershey Industrial School (HIS) in Pennsylvania, now known as Milton Hershey School, the Cuban school prepared young boys for careers in agriculture or industry.

Guy Weber ’23, one of the first boys admitted to HIS in 1910, worked for a period of time in Cuba. In a letter to George Copenhaver dated February 3, 1930, Weber wrote:

We are very busy here at present. The annual sugar crop started a short time ago and every body [sic] is hard at work trying to make it a banner year. San Antonio seems to be a very attractive place this winter as we are visited by a score or more of tourists every day. I am glad to see them come. It helps keep one in touch with the good old U.S.A. 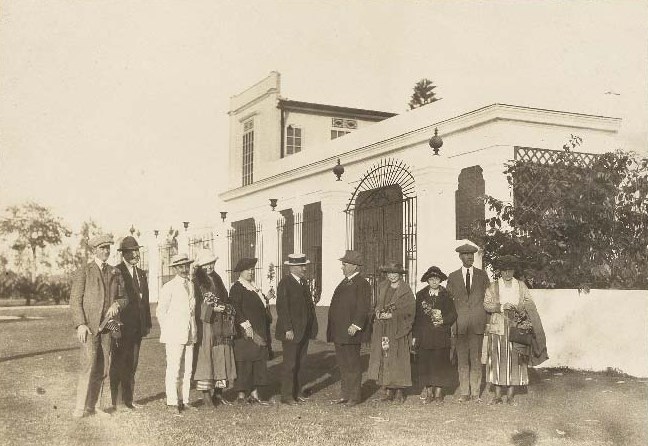 Milton Hershey (center) in front of his home in Central Rosario, Cuba with a group of unidentified dignitaries.

While Mr. Hershey owned a large amount of land, his presence and manner of doing business in Cuba was in sharp contrast to most foreign businessmen who exploited the country and its people. Cuba honored Milton Hershey with many awards, including the highest honor the country could bestow: the Grand Cross of the National Order of the Carlos Manuel de Cespedes.

Hershey’s Cuban holdings were eventually sold in 1946 to the Cuban Atlantic Sugar Company. Central Hershey was renamed Camilo Cienfuegos in 1959 to honor the Cuban revolutionary who fought with Fidel Castro.

A Modern Look at His Cuban Properties

On occasion, the Milton Hershey School History Department is offered an object or memento from the past that provides us with a unique glimpse at Mr. Hershey’s life outside of his school and town.

We recently had a chance to look inside his Cuban properties, thanks to a scrapbook containing approximately 250 period photographs. The scrapbook was donated by alumnus John Resanovich ’51, and it was was entrusted to Resanovich’s care by a friend whose grandfather had worked for Mr. Hershey in Cuba. Included in the album are two rare photos of Mr. Hershey.

In addition to the circa 1940 scrapbook, the school archives also contain several individual photos from Mr. Hershey’s Cuban properties. We can now use photos like this with our students in the classroom and in our upcoming exhibit on Hershey in Cuba to be held in the Stacks Gallery during homecoming.

Take a look at the gallery below: 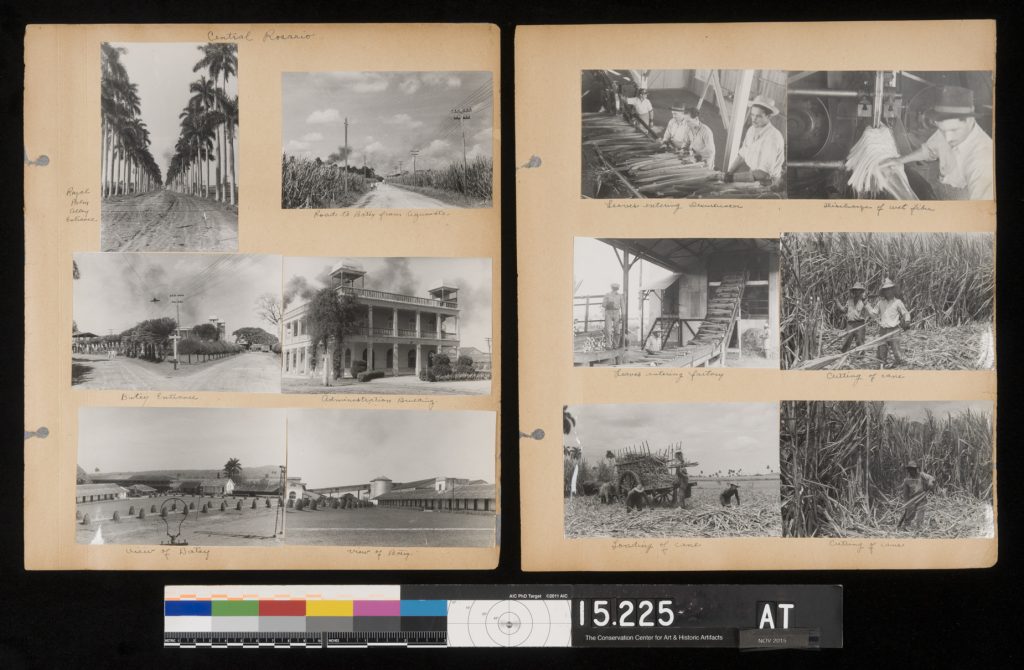 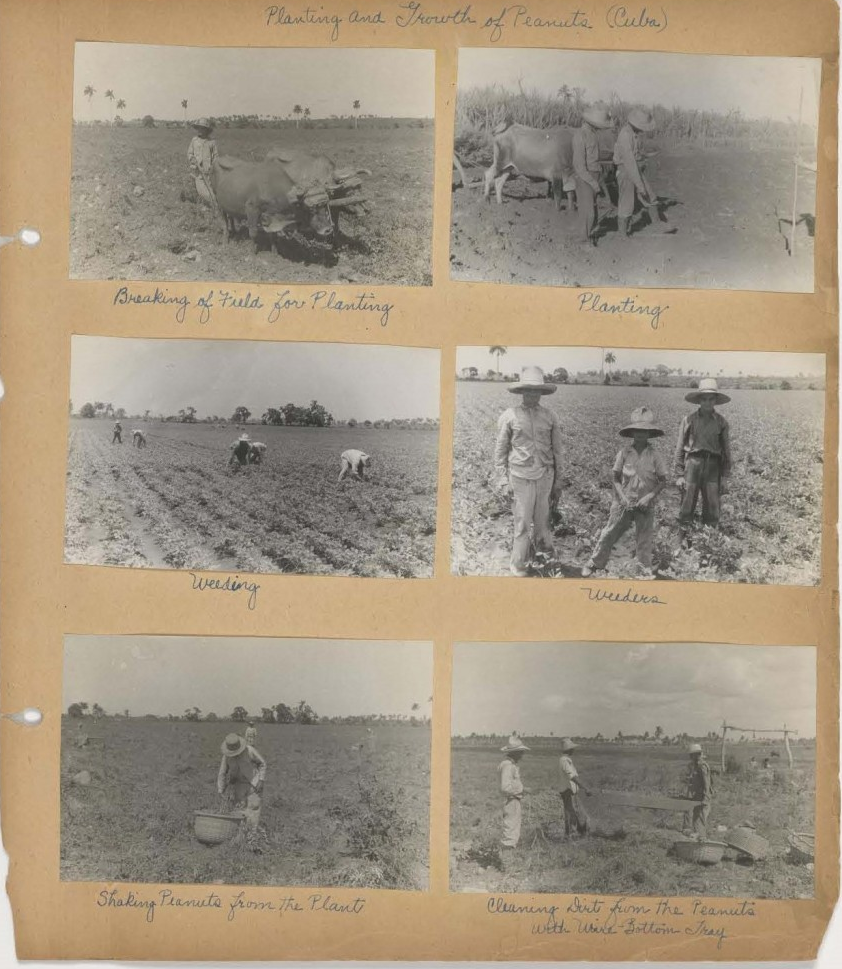 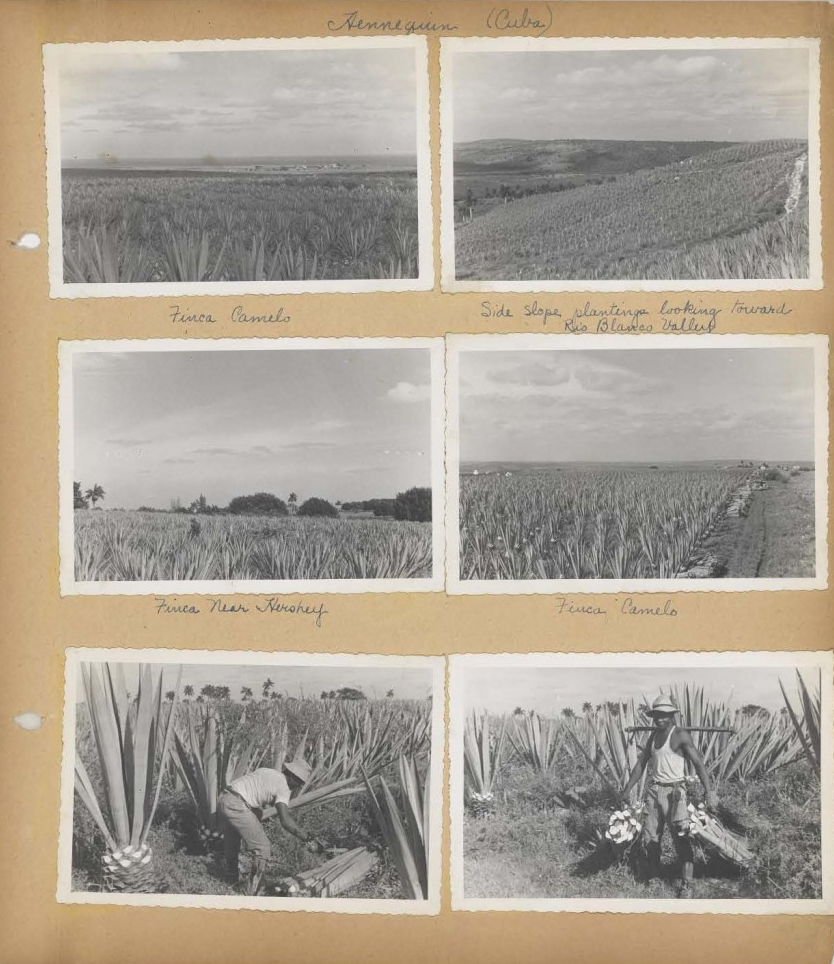 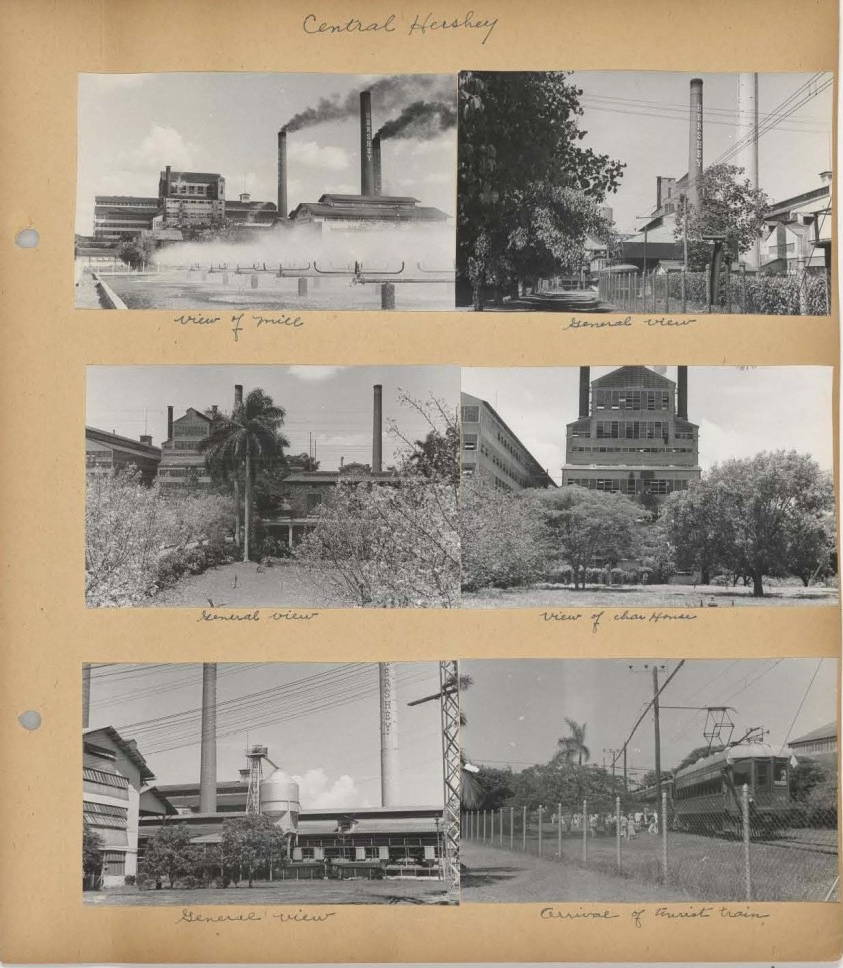 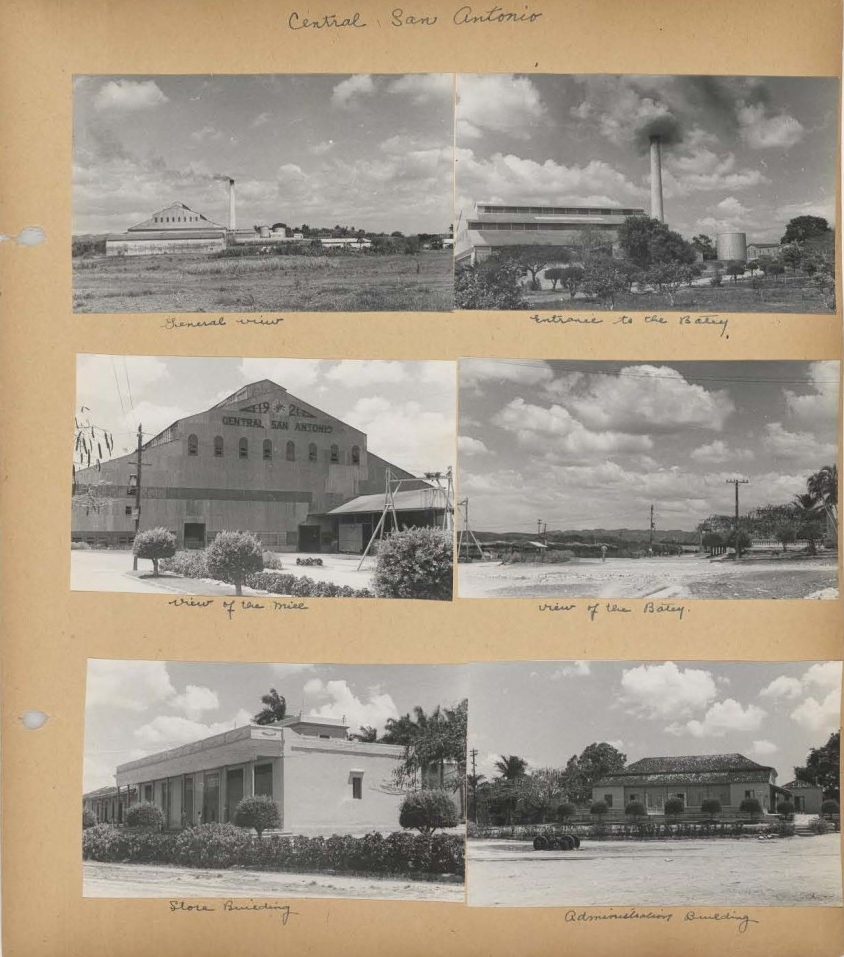 (Pages from the Cuban scrapbook album following conservation. Each page was photographed and a copy was made to be used in the classroom with students.)