Top 7 Pieces of Historic Architecture and Landscaping on MHS Campus

“There is not a person alive who should not plant a tree – not for the shade that you’ll enjoy, but for those who are coming after.” –Milton Hershey

To instill a deep-rooted appreciation for nature, Milton and Catherine Hershey incorporated landscaping, architecture and agriculture into various programs and curriculum at the School. Learn about some of the historic plants and noteworthy pieces of architecture that are engrained in Milton Hershey School history:

The MHS Heritage Center at Kinderhaus is home to a variety of objects that illuminate the history of the school and illustrate the lives of Milton and Catherine Hershey. The grounds of the Heritage Center, like the building itself, also tell the story of MHS and its founders. 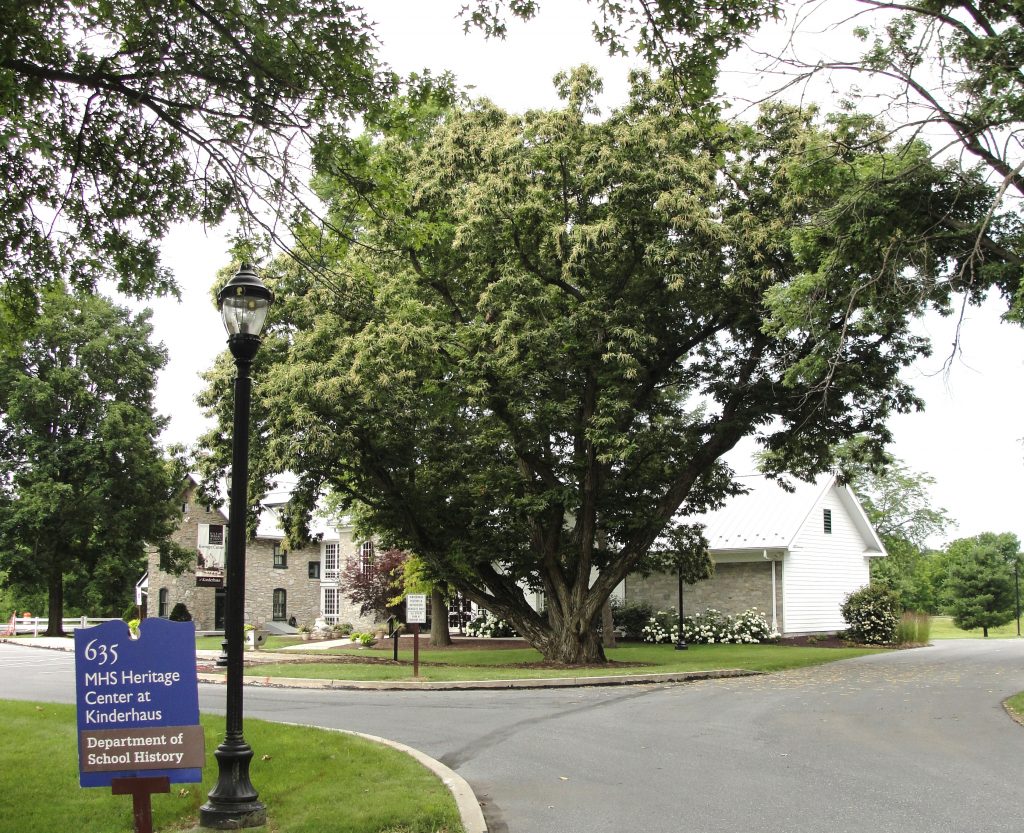 One of the most striking features of the Kinderhaus landscape is a large Chinese chestnut tree that graces the east side of the building. Planted during Mr. Hershey’s lifetime, the tree is known informally as the “climbing tree” due to its low-hanging and widespread branches. As one of the oldest and widest trees on campus, arborists added threaded rods to its base and steel cabling to its canopy to help draw the tree together and ensure that it will continue to provide future generations with shade and enjoyment. 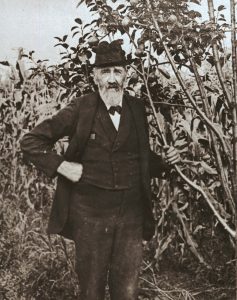 Henry Hershey standing next to one of his quince trees at The Homestead in 1900.

Henry Hershey, father of Milton Hershey, was a man of imagination and action who was always willing to try something new. In 1898, Milton brought his father to Hershey to live in The Homestead where he was free to experiment, invent, and dream. Henry improved the area around The Homestead, planting poplar trees and introducing alfalfa to Derry Township.

He was also known for growing prized fruits and vegetables, including quince, in the gardens around The Homestead for markets as far away as New York. Six quince trees planted on the north side of Kinderhaus pay homage to Henry’s entrepreneurial spirit and interest in horticulture.

Milton Hershey’s philanthropy began soon after his marriage to Catherine in 1898. When Mr. Hershey sold his caramel company in 1900, he made his first verifiable gift: a substantial donation to Franklin and Marshall College. His donation helped create a fully equipped chemical department at the college, which was named the Milton S. Hershey Chemical Laboratories. 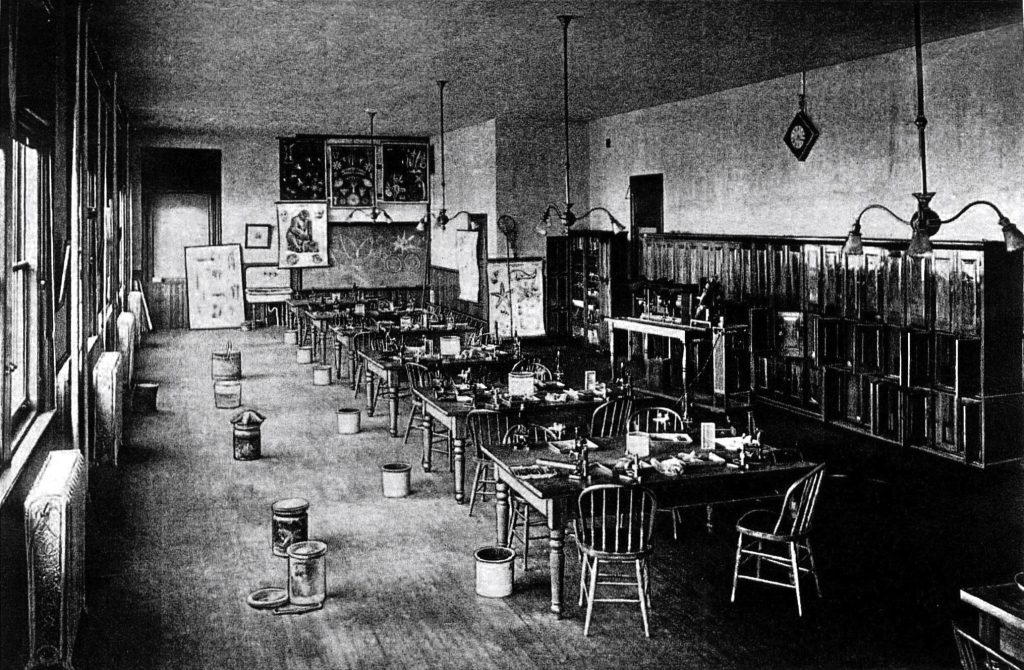 In June of 1912, the youngest Hershey Industrial School students—now referred to as Milton Hershey School—moved from The Homestead to Kinderhaus. Their new home contained a beautiful canna bed featured in the historic photograph below. 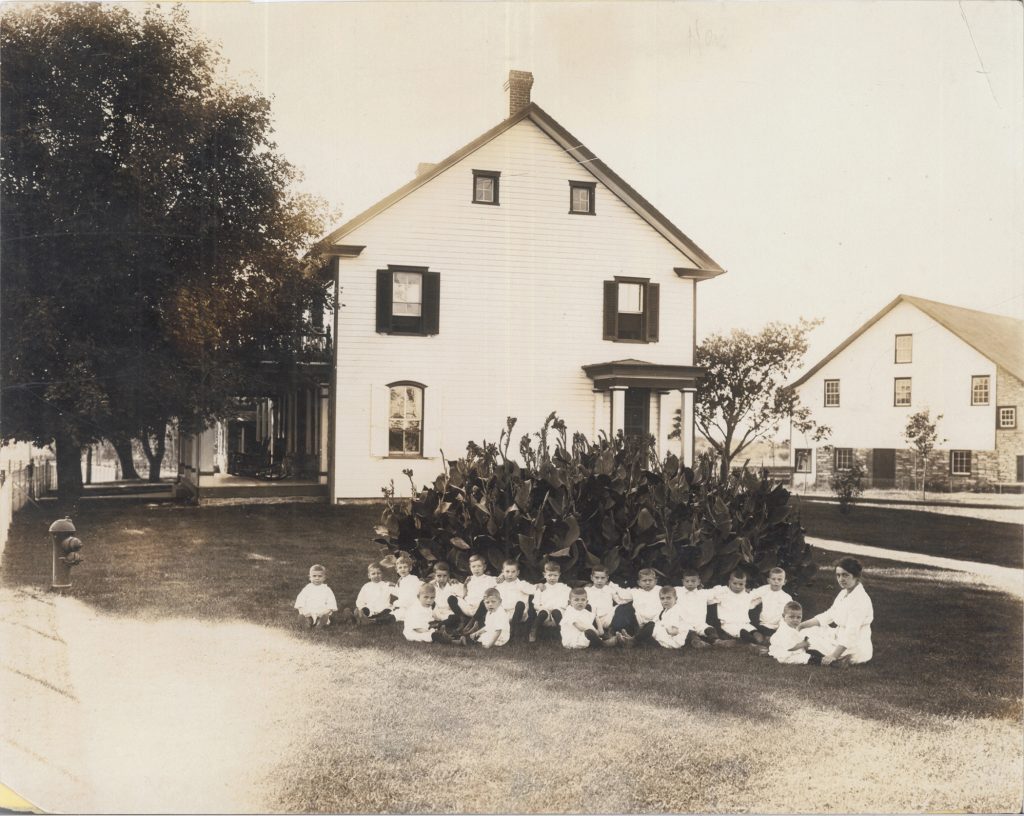 Three years later, on his mother’s 80th birthday, Mr. Hershey celebrated by planning a dinner with himself and the students. After dinner, Mr. Hershey encouraged the kids to hide in the big canna bed at High Point for a photo. 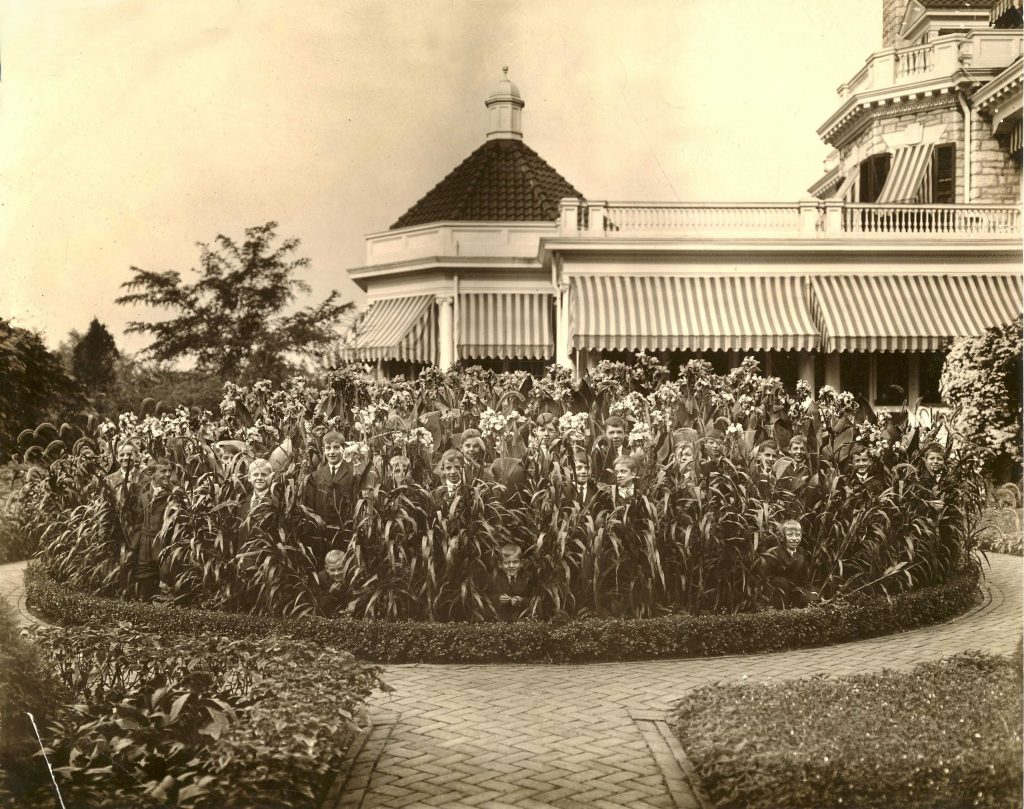 To preserve this tradition, a new canna bed also was built at Kinderhaus in 2007 when the Department of School History relocated to the building. During the 100th anniversary celebration of the opening of Kinderhaus, students were inspired by the legacy of the canna bed and posed once again for a modern take on the well-remembered photo. 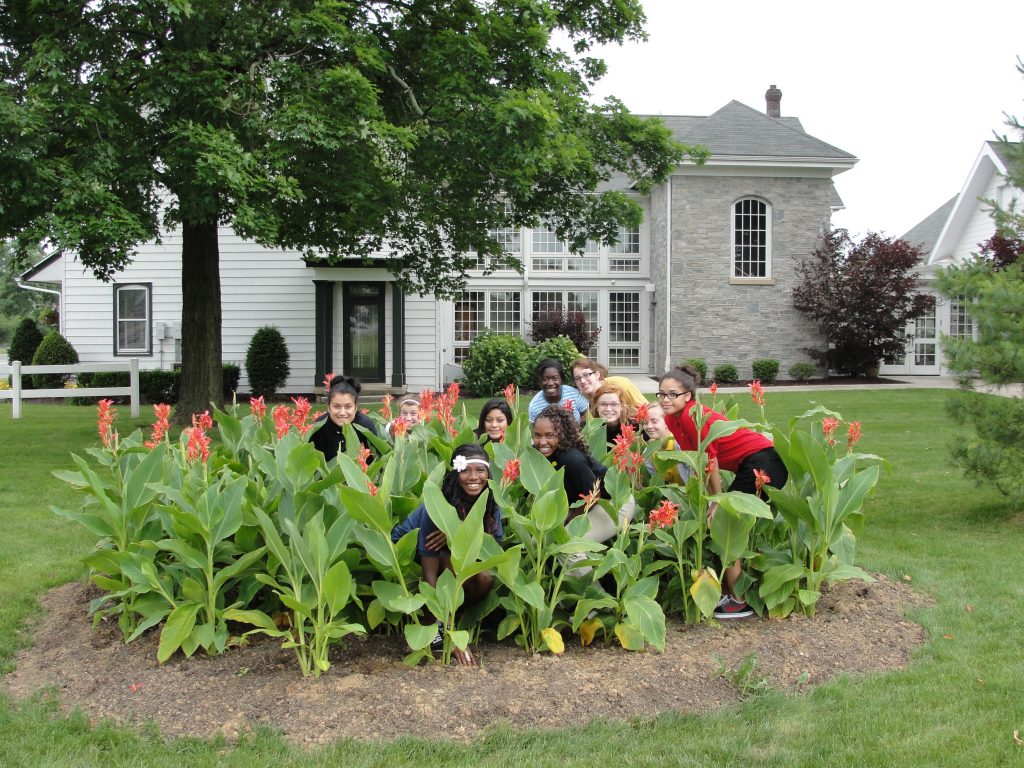 Girls from Student Home Brookside at Kinderhaus canna bed in 2012.

Following George Copenhaver’s death on February 11, 1938, a committee of students and staff built a memorial in his honor. The committee selected a bronze sundial placed on a limestone base as a permanent memorial to the man who served as the school’s first superintendent for nearly 30  years. 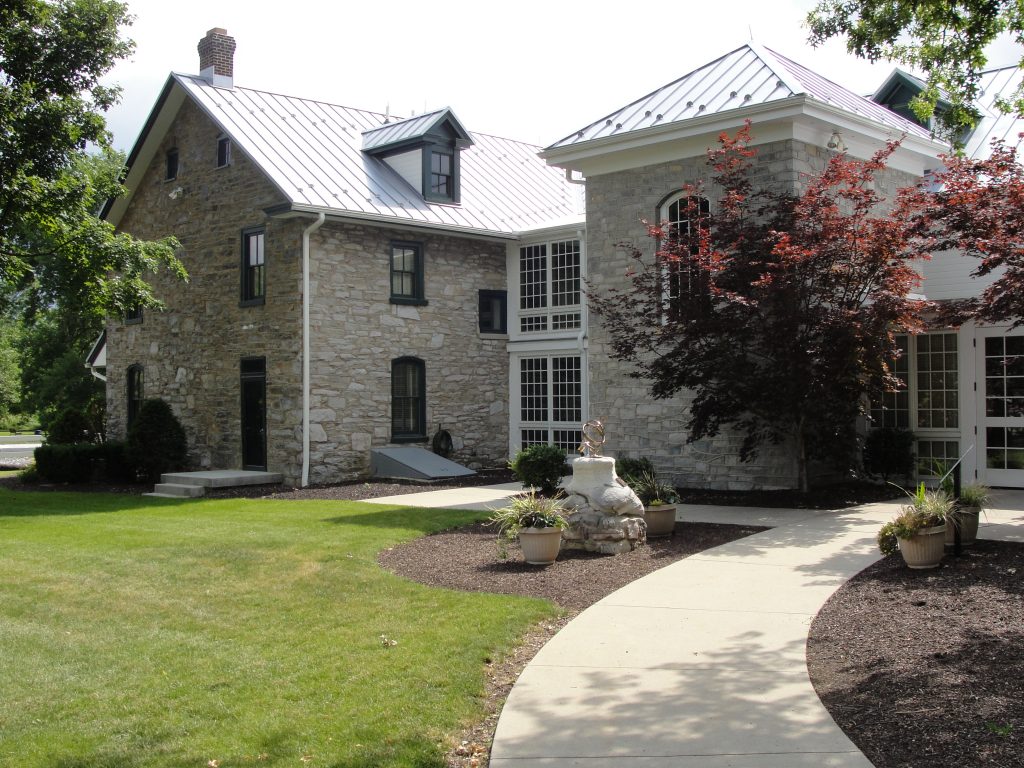 The pergola was originally placed at The Homestead in the late 1920s while Milton Hershey was still alive. Constructed of concrete that was painted white and topped with a wooden framework, the pergola moved from The Homestead to Kinderhaus in 2014 to make way for a garage addition. 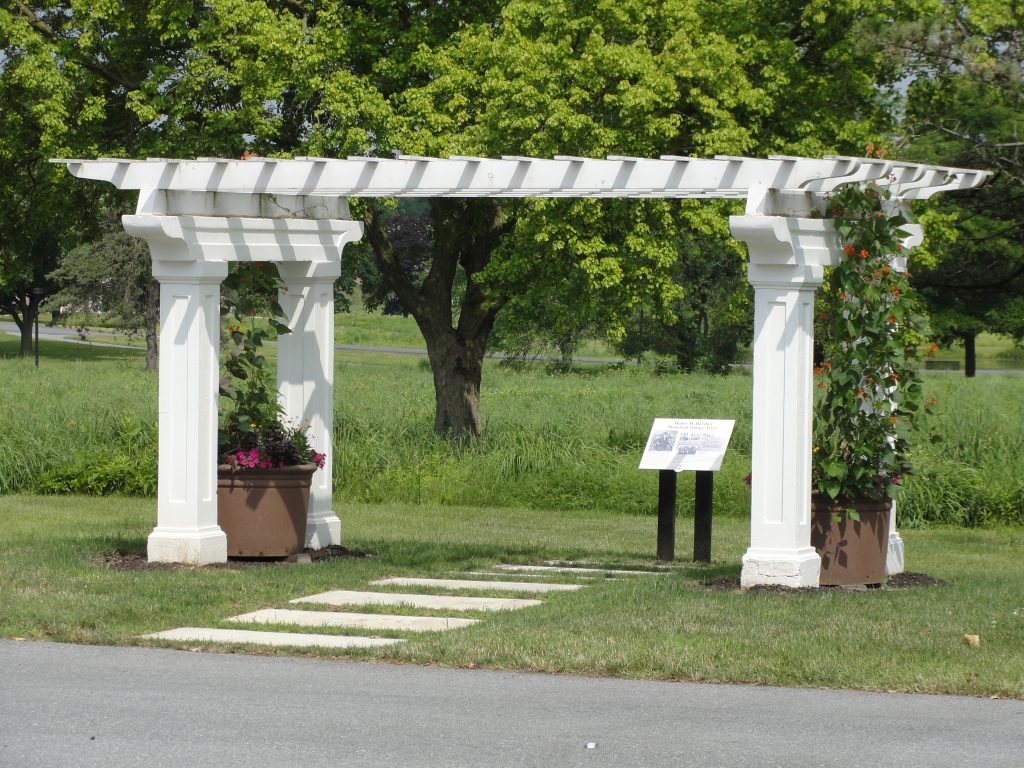 While we normally think of gardening and horticulture in terms of live plants, gardens also can be composed of architectural fragments that transform a garden into a work of art. The architectural fragment garden at Kinderhaus is named in honor of John J. Daniel (1892-1957), Superintendent of the Junior Division, who retired in 1953 after 44 years of service.

Daniel was instrumental in helping students learn how to patch gardens located near Kinderhaus. The fragment garden reminds us of the school’s agricultural heritage by showcasing architectural details and remnants of buildings associated with Milton Hershey, the town of Hershey, and Milton Hershey School. The garden was dedicated on November 15, 2012 and contains some of the objects from the following pictures: 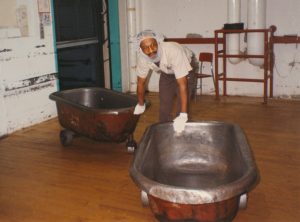 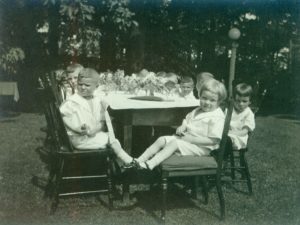 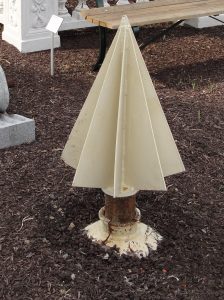 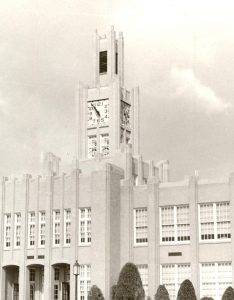 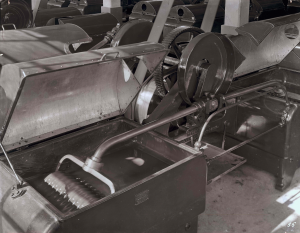 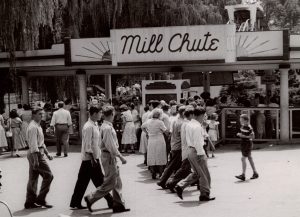 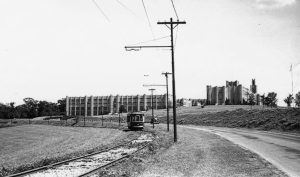 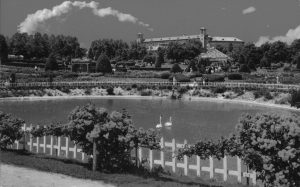 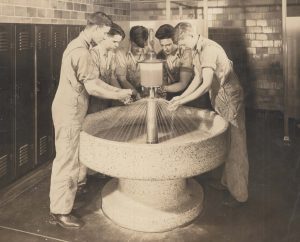 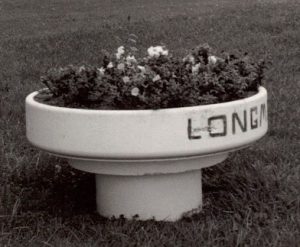 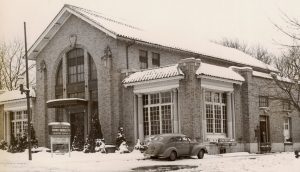 Architecture, agriculture, and horticulture continue to be important parts of the curriculum at Milton Hershey School. Students can receive several industry-recognized certifications through our Career and Technical Education Program.