Until that time, the funds needed to support the school were supplied by Mr. Hershey. When he established the trust, he did not intend to keep it a secret. However, he did not want any fanfare as recorded in an interview with a long-time Hershey employee.

It was not until five years later that news of this move became common knowledge. The headline in The New York Times, “M.S. Hershey Gives $60,000,000 Trust for an Orphanage” on Nov. 9, 1923 broke the news of Milton’s Hershey’s decision to secure the future of the Hershey Industrial School. 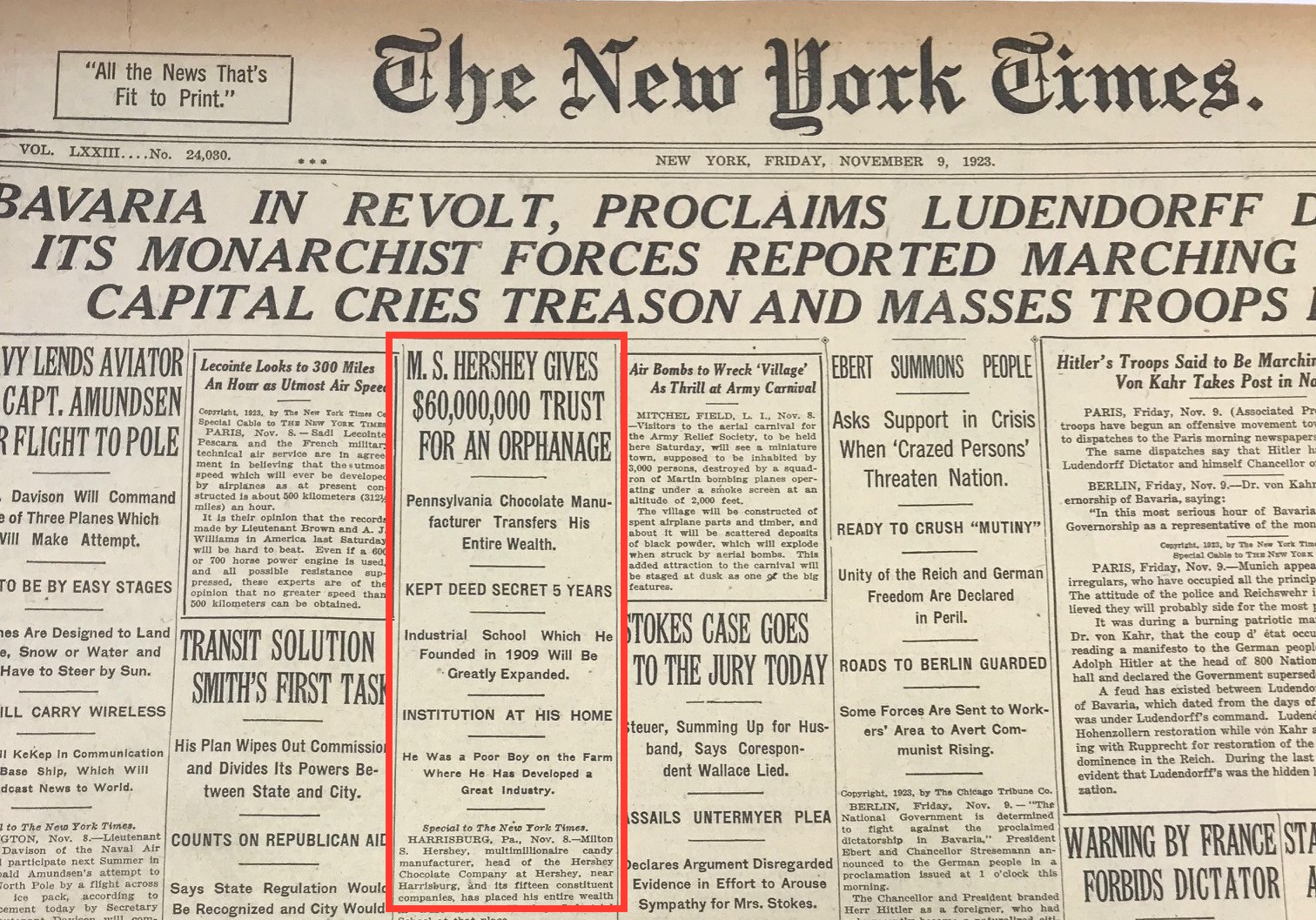 Reporters began to visit Hershey, and many other articles were published about the school. It was one of these reporters who converted the 5,000 shares into the dollar figure that surely caught people’s attention. The front-page article in The New York Times gave basic details about the school, Hershey Chocolate Company, and Hershey Cuba. It states Mr. Hershey’s desire that, “during his life he could see it develop as he desired” and “to make the life of the children as homelike as possible.”

It’s the only one in any Hershey collection and just in time for the celebration of the founding of the school on Nov. 15, 1909. 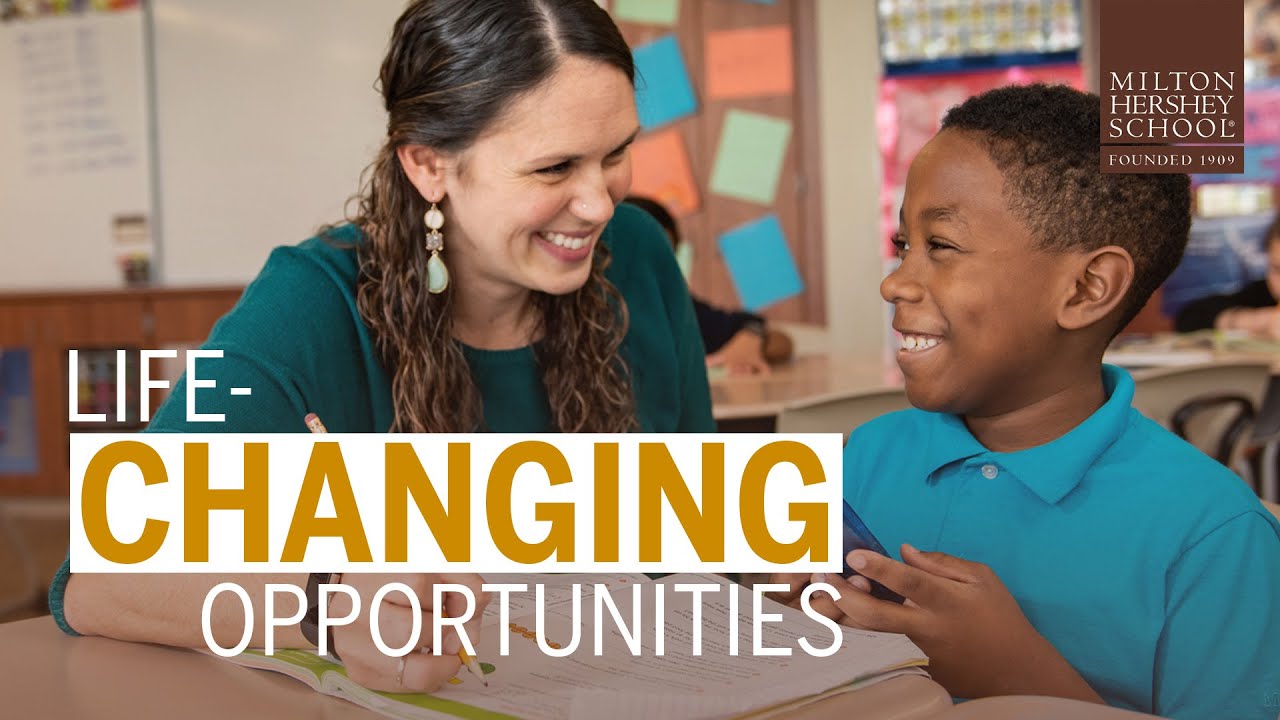