March 25, 2015, marks the 100th anniversary of the death of Catherine Hershey. March is also Women’s History Month, a time to highlight the contributions of women to events in history and contemporary society. As Milton’s wife for 17 years, Catherine Hershey exerted a profound influence on the worldview and philanthropy of her husband. 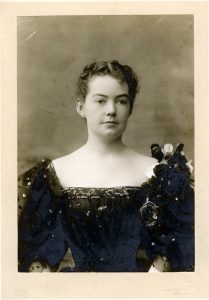 Born in Jamestown, New York to Irish immigrant parents, Catherine Sweeney married Milton Hershey on May 25, 1898, in the Rectory of St. Patrick’s Cathedral in New York City. Living in Lancaster, she likely influenced her husband’s first documented philanthropic gift of $5,000 to Lancaster’s Franklin & Marshall College in 1900 for the outfitting of a chemical laboratory in the college’s new Science Building. Soon after, Catherine saw that the new Cathedral of St. Patrick in Harrisburg received a sizable gift toward its construction. For her contribution, the cathedral includes the name of Mrs. M.S. Hershey as a founder on a wall located just inside the front entrance.

Catherine actively participated in the Lancaster Charity Society, an organization dedicated to aiding the poor families and children of the city. This experience likely influenced the decision of the Hersheys to found a school and home for orphan children. Milton Hershey always said that the idea for starting Milton Hershey School was Catherine’s and her experience in helping to direct and supervise the work of the Society helped to influence both the course of instruction as well as the overall home philosophy of their home and school. Mrs. Prudence Copenhaver, the wife of the school superintendent, often met with Catherine to go over the program of the home, menus, clothing, training in social etiquette and other skills Catherine thought children should learn. It is Catherine who insisted the Deed of Trust for the school include a provision that the children would not be clothed in uniforms or other kinds of “distinctive dress.”

Catherine’s pivotal role in founding and shaping the school is confirmed in the Deed of Trust establishing the school in 1909 and signed by both Milton and Catherine Hershey. At a time when women had little involvement in the business and legal affairs of their husbands, Catherine’s standing as a co-founder meant that she would continue to play an active role in the school in the event of the death of her husband who was 14 years her senior. As it turned out, Milton would outlive his wife by 30 years before his own death in 1945.

In Hershey, Catherine’s greatest pleasure was in planning and enjoying the gardens that Milton Hershey built her at High Point. In the town of Hershey, it was in the gardens and landscaping that Catherine made her greatest contribution to the town.

After she died, Milton moved her rose gardens to the Hershey Gardens, and in his later years had his nurse and chauffeur drive him to the gardens to spend time with Kitty’s roses.

Catherine Hershey suffered from a debilitating disease of the nervous system that robbed her of her mobility and balance. One hundred years ago this month, she was on her way back to Hershey from a visit in Atlantic City with a companion and nurse. Because of the nature of the disease, she lacked the ability to sense heat and cold. She liked to drive with the windows open to feel the fresh air on her face. In her weakened state, however, the March air resulted in pneumonia and a necessary stop at the Bellevue-Stafford Hotel in Philadelphia. Milton was sent for and came at once. From an oral history interview, Dr. Paul Wallace records that Catherine, knowing the end of was near, sent Milton out for a glass of champagne so he would not be in the room with her at the end. She died at 1:30 p.m. on Thursday, March 25, 1915.

According to The Hershey Press, Catherine Hershey’s funeral was held on Saturday, March 27, in the chapel adjoining the Cathedral Basilica of Saints Peter and Paul in Philadelphia. 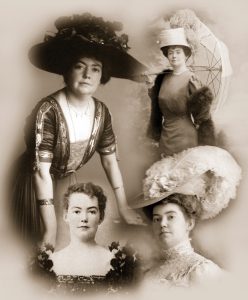 Devastated by the loss of his wife, Milton had the body placed in a receiving vault where it remained for four years. Mr. Hershey had flowers placed twice weekly on the casket. Four years later, the body was removed to the new Hershey Cemetery at Hershey. For the rest of his life, Milton carried a picture of Catherine with him.

In 1919, Catherine’s body was removed to the Hershey family memorial in the new Hershey Cemetery where she now rests with her husband and his parents. In preparing the horizontal stone marking Catherine’s grave, damage to one of the corners of the grave cover meant that it had to be shortened by 3/4 of an inch. Like Catherine’s own life, it stands as mute testimony to a shortened life remembered.

Milton Hershey School® is one of the world’s best private schools, offering a top-notch education and positive home life to children in pre-Kindergarten through 12th grade from families of low income at no charge. 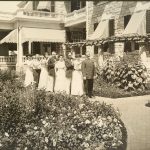 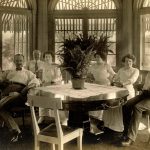 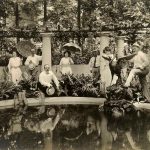 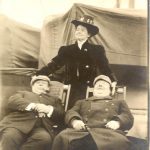 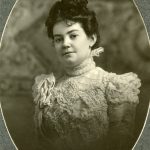 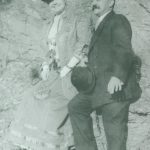 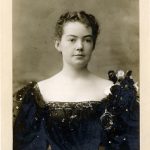 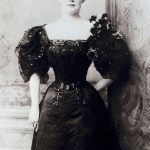 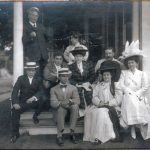 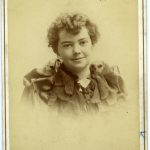 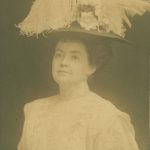 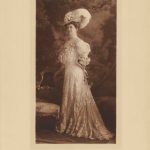 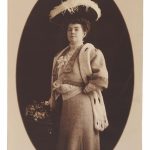 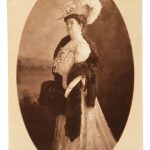 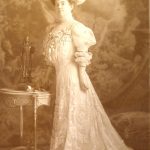