Agriculture has been a part of Milton Hershey School’s legacy since its founding in 1909. Today, this legacy continues through the Agricultural and Environmental Education (AEE) program, which offers students hands-on work experience with animals, crops, and hydroponically-grown produce on campus grounds.

The AEE program is staffed with caring experts such as Horticultural Instructional Advisor, Dr. Jason Smith, who has pioneered and expanded the hydroponics program at MHS. Dr. Smith started involving students with this program in 2018 through after-school clubs such as the Hydroponics Club, Plant Club, and offering an AEE internship. 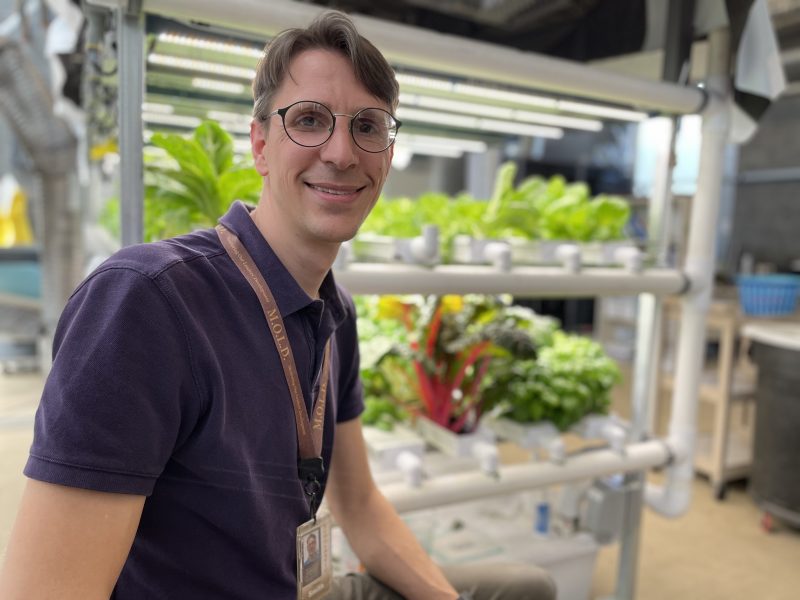 During the 2018-19 school year, the AEE program began a collaboration with The Hotel Hershey that would soon create several agribusiness opportunities for our students. It began when Valerie Heydemann ’20, now an MHS graduate, and Bill Brandt of the Hershey Nursery, identified an opportunity for agriculture students to grow herbs for the hotel’s herb garden. At the time, Heydemann and Brandt were both serving on the Hershey Project Pathways committee, which matches MHS students with real-world projects available through Hershey Entertainment & Resorts.

After the idea was born, plans were made for MHS Agriculture and Natural Resources (AGNR) students to learn about herb production and its uses. Dr. Smith contacted The Hotel Hershey’s Executive Sous Chef Mario Oliverio and asked him if he would be interested in conducting a hands-on educational session about the value of growing herbs for a kitchen. 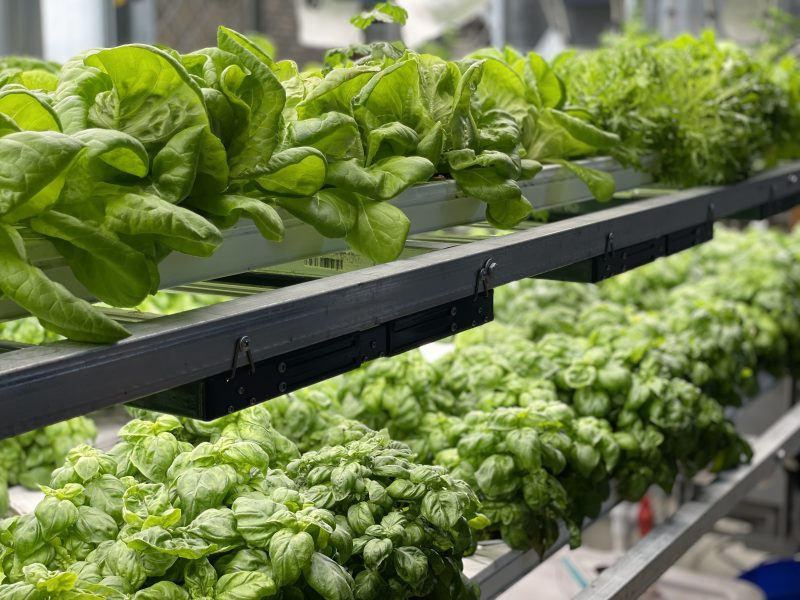 “It is really cool to see our committee’s idea come to life,” said Alanah Humphries, MHS senior. “I’m thankful for the opportunity to engage with professionals outside of our school and learn directly from them.”

During this session, MHS students learned about the importance of herbs within a culinary setting. They tasted sauces, spreads, and infused oils made firsthand from Chef Oliverio’s herb garden. Afterward, Dr. Smith and Oliverio found a common craving: the desire to teach students the importance of start-to-finish agriculture. 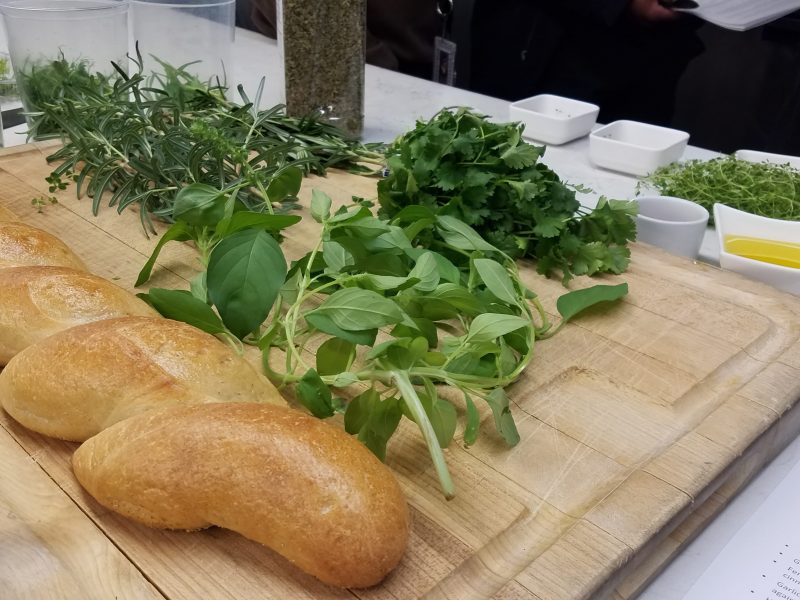 “I agreed to get involved because this opportunity allows me to fulfill the mission of HE&R, while also working with students directly and making a [positive] impact on their lives through culinary,” Oliverio said.

From there, MHS students, along with Dr. Smith, Oliverio, and AGNR Teacher Nicholas Isenberg, started the AEE Herb Project. Students worked with Dr. Smith and Brandt to produce herbs in MHS greenhouses and later transplant them into the hotel’s garden. 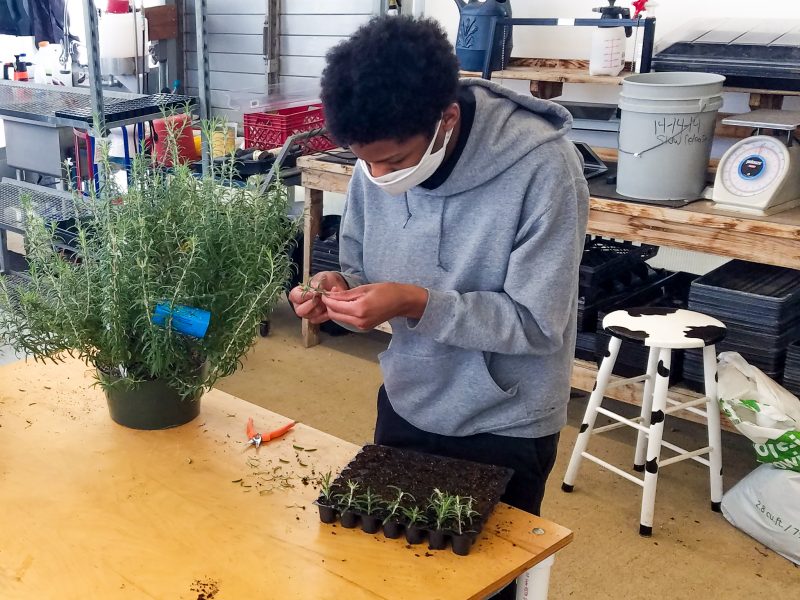 Oliverio later visited and toured the MHS Horticultural Center to learn more about AEE at Milton Hershey School. The tour sparked an idea when Oliverio learned that microgreens, young vegetable greens, are produced at the center: MHS students could grow microgreens for The Hotel Hershey to use in their kitchens. 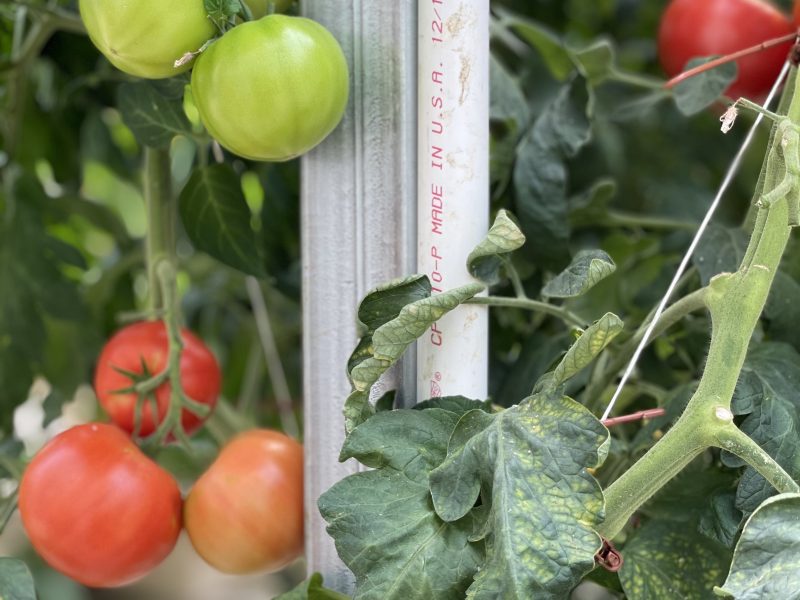 The hotel’s three restaurants—The Circular, Trevi 5, and Harvest—all incorporate Milton Hershey School’s produce as well as herbs into their daily dishes. Menu items such as sandwiches, bruschetta, sauces, and pizzas use hydroponically-grown crops. As well as, the hotel’s new Chef’s Market which incorporates MHS strawberries into its signature parfaits.

“The produce that MHS grows is extremely flavorful and fresh,” Oliverio said. “During off-season months, we are still able to serve our guests flavorsome fruits and vegetables because of our partnership with the school.” 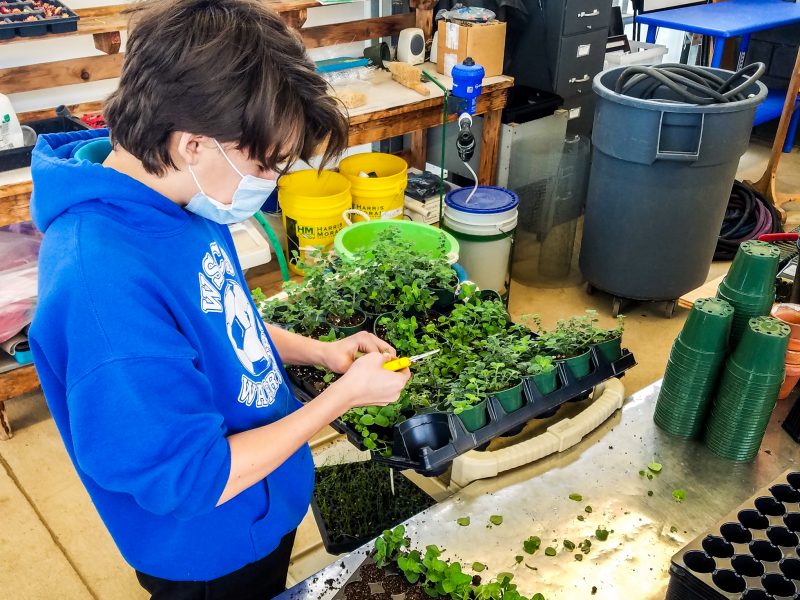 This spring, MHS students are growing several kinds of herbs for the hotel’s garden: rosemary, oregano, mint, and thyme from cuttings; and basil, chives, cilantro, dill, and marigolds from seeds.

“Through this project, students are studying various aspects of plant production including germination, propagation, temperature control, and management of soil fertility and pH,” Smith said. 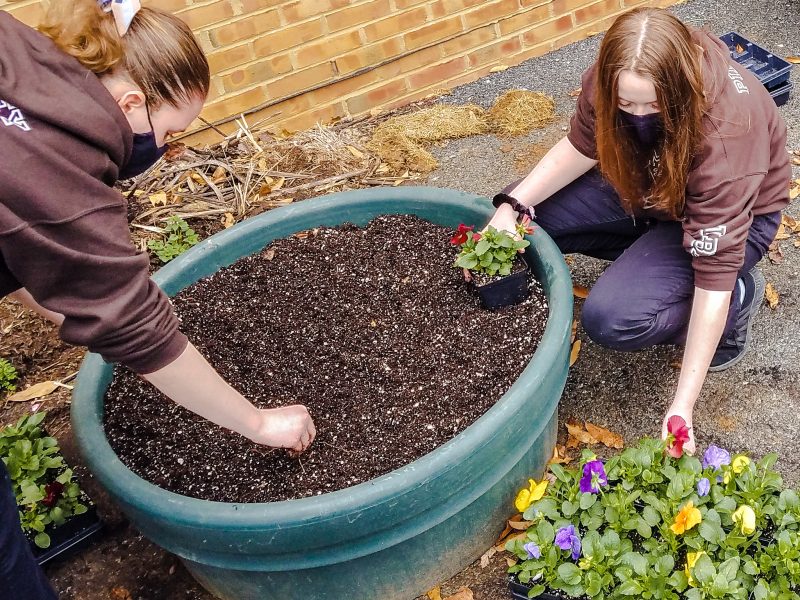 Additionally, this school year, the MHS Horticultural Center grew pansies for the opening of Hersheypark’s spring season. At the entrance and by Milton Hershey’s statue, you will find planters filled with flowers grown by MHS. 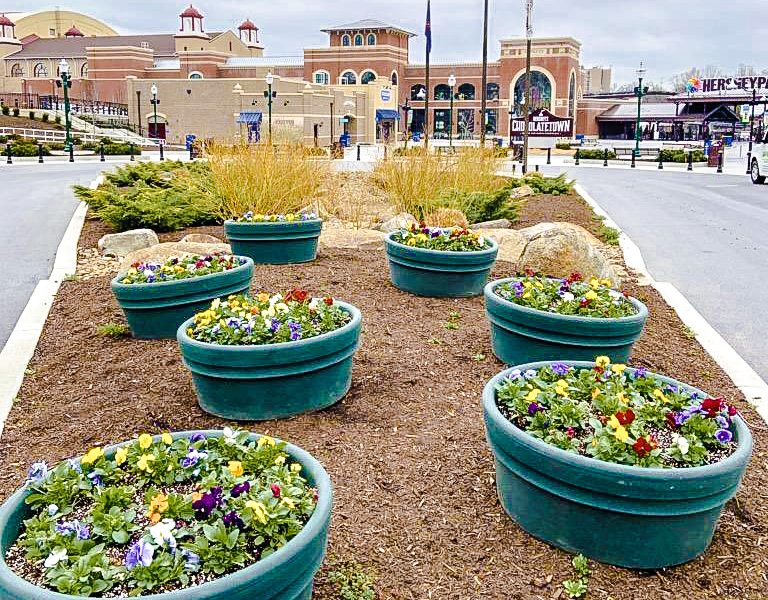 In the summer, the Hydroponics Club will wrap up the strawberry crop and start selling microgreens. Interested in purchasing fruits and vegetables grown by MHS students? The Farmers Market in Hershey now sells MHS Project Market items online.

MHS hires industry leaders to best serve our students so they can break the cycle of poverty. Dr. Jason Smith is a published academic whose research on how parasitic plants respond to light cues was recently shared with the broader scientific community in the journal, Plant Cell and Environment.