A Career of Growth

Courtney Williams, a Harrisburg, Pennsylvania native, found out about Milton Hershey School from her friends and family who worked and attended the school for years. She never assumed she would one day impact the lives of MHS students through a career with the school’s Transitional Living program.

After receiving her bachelor’s degree from Ursinus College in English and music, Courtney began her career working in higher education. She worked in the admissions office at Albright College before moving back to her alma mater to work with their admissions counselors. “I realized early on that I really love higher education, working with people, hearing their stories, and sharing my own,” Courtney shared. “Then I realized that I can actually make a living off of that.”

While she wanted to work in higher education, she also came to realize that she wanted to be more involved in the growth and development of young people. Already knowing about MHS and its mission, she decided to look into the school’s position in the school’s Transitional Living (TL) Program.

In April 2018, Courtney became a Transitional Living Assistant (TLA) at Milton Hershey School, ready to guide and assist 21 high school seniors through their last year at MHS. “I laugh so much every single day I’m working,” she said. “Whether it’s because of the other staff members I work with or the students that I interact with on a daily basis. Every single day is different.” 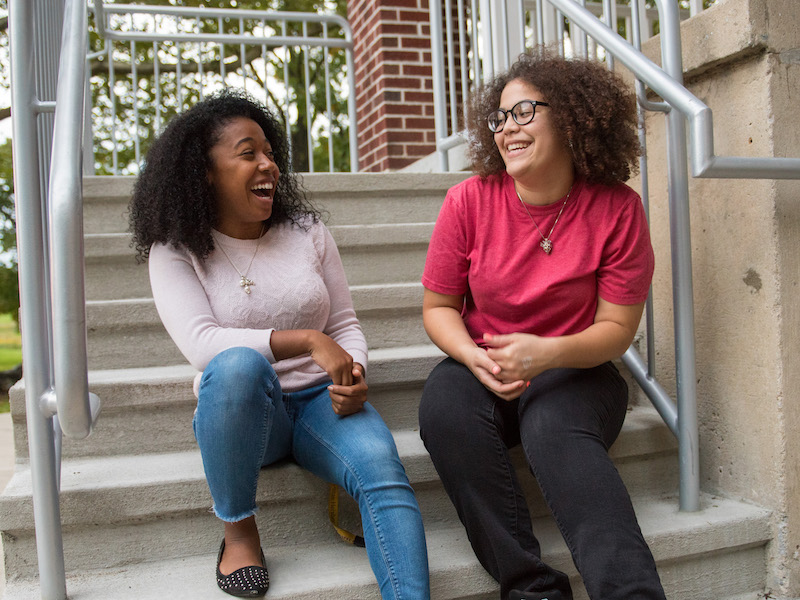 Courtney works alongside two other TL staff members to lead programs, teach curriculum, and be a support system for their students to lean on, all with the idea of helping their students gain the skills they will need to succeed in their first year of college, the military, or the world of work. For many students, the transition from MHS to the real world can be scary, but TL staff help minimize that fear by ensuring that students are prepared to handle the emotional, mental, and organizational challenges that life could throw their way.

Over the course of a year, Courtney gets to know her students and plays a role in supporting them, mentoring them, and helping them gain the confidence they need to believe in themselves as they begin life outside of MHS. “I had a student who was struggling in certain areas of the program, but because we had a relationship, I was able help her through that situation and some of the others that came throughout the year,” said Courtney. “When she graduated, I got so emotional, because we built a connection and I was so proud of her that I couldn’t even contain myself.”

Having been a part of the TL program for more than a year, Courtney is excited to have worked with the class of 2019 from the day they arrived in TL until the day they graduated from MHS. “It’s amazing to see the seeds that I planted over the time I spent with my students really flourish after they graduate,” she shared. “Having students who are now alumni makes me so proud and honored, but also a little bit nervous and scared, because they’re out on their own now, creating their own lives.” 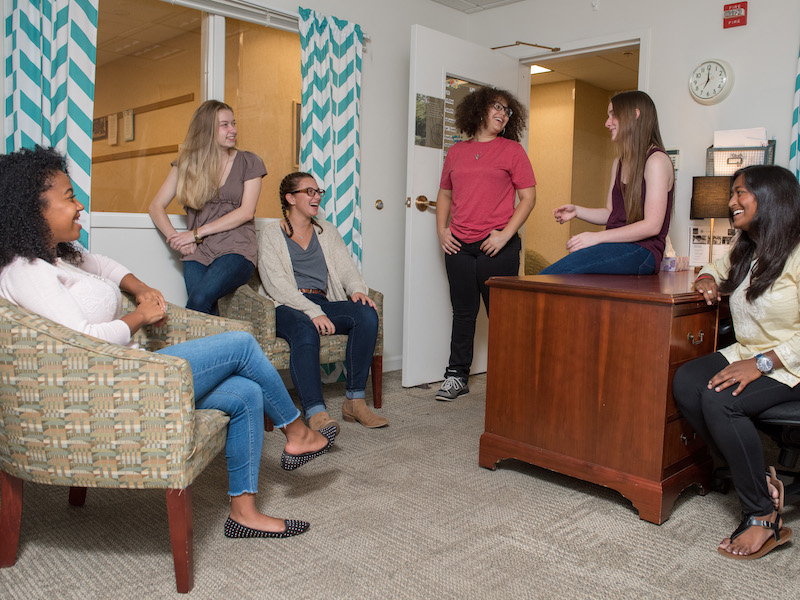 Courtney thanks our founders Milton and Catherine Hershey for being a model of generosity and way of life that she aspires to replicate. “Beyond a sense of community here, there is a family,” she said. “I’m really grateful to have been brought into this family, it’s one of the most humbling experiences I’ve ever had.”

To anyone considering applying to become a TL staff, Courtney says: “There’s no book on how to do this. You just follow the guidelines you’re given and adapt from day to day based on the scenarios you’re faced with. I don’t know if there is a perfect way to this job, but it is one of the most rewarding careers I’ve ever been a part of.”