The Evolution of Technology at MHS

When creating The Hershey Industrial School, now Milton Hershey School, Mr. Hershey felt strongly that the students should learn by doing. Along with technical and practical instruction, throughout history, technology has helped MHS students apply their classroom knowledge in real-world contexts.

View a timeline of how technology has evolved throughout MHS history—from black and white television sets and an on-campus TV studio to iPads and virtual reality technology! 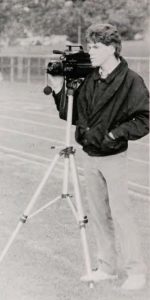 Opened in 1927, the Fanny B. Hershey Memorial elementary school was reported to be the most modern in this part of the country. The classrooms had intercoms and the auditorium stage had the latest lighting effects, which enhanced the school environment and students’ ability to put on performances.

When the Junior-Senior High School opened in 1934, it contained 11 state-of-the-art vocational shops where students had access to the most modern equipment. During World War II, the auto mechanic shop was converted to aircraft mechanics and students learned to repair rotary aircraft engines. 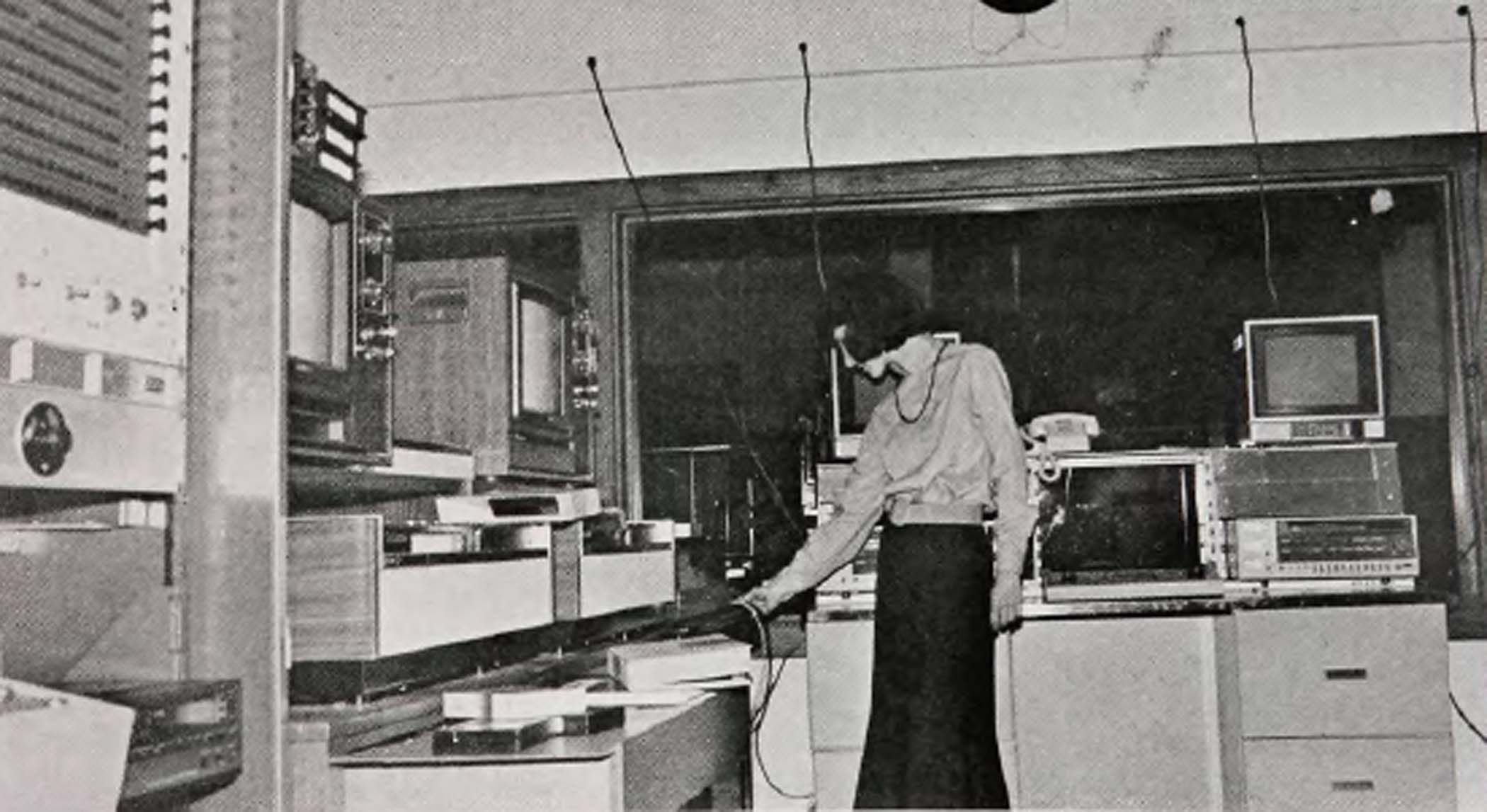 During the spring of 1954, students made their annual field trips through various industrial plants in the local area to gain a deeper understanding of the industry and the vocations they were studying. For example, students who were on the path to becoming electricians visited the engineering division of the WHP Television station to see firsthand how the technology worked.

When Founders Hall opened in September of 1970, it included a television studio. The school’s drama program contained a wide range of offerings, including drama, oratory skills, and television broadcasting. The new television studio enabled students to develop professional skills such as taping live shows, recording programs, and using technical equipment.

Throughout the 1983-84 academic year, a student-produced news program was created where students could work with modern technology and develop communication skills. The educational division annual report stated that, “Not only has this served as an avenue for communicating what is happening on our campus to the school family, but it also has been an outstanding learning experience and opportunity for the students involved in its production.” 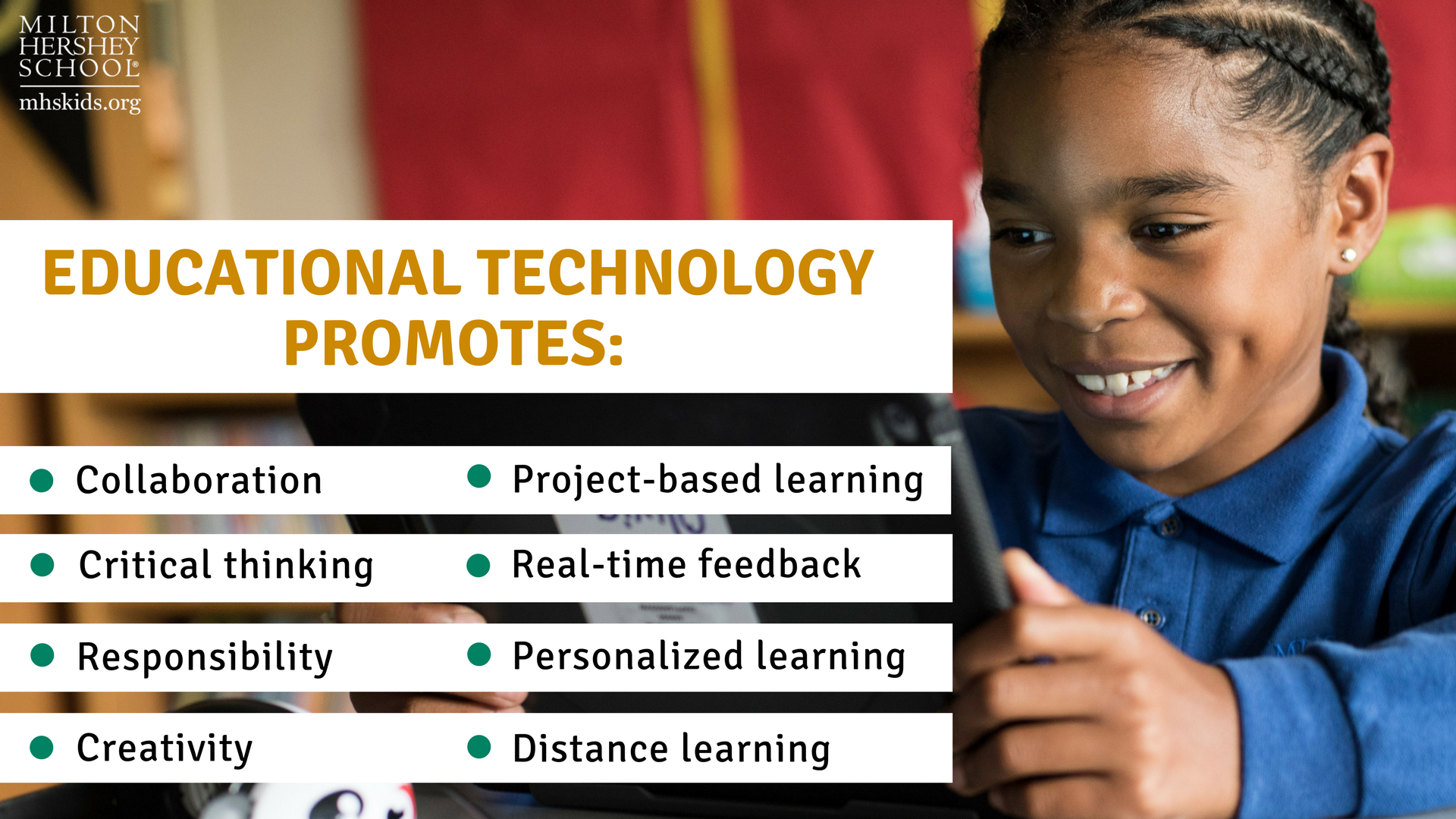 Milton Hershey School has remained committed to infusing technology into the learning environment. Today, with more than 2,700 computers and iPads on campus, MHS has established a 1:1 environment where every student has access to an electronic device. Students benefit from virtual reality technology, distance and online learning projects, real-time feedback, and more.

Learn more about how advanced technology enhances the learning environment for students of all ages. 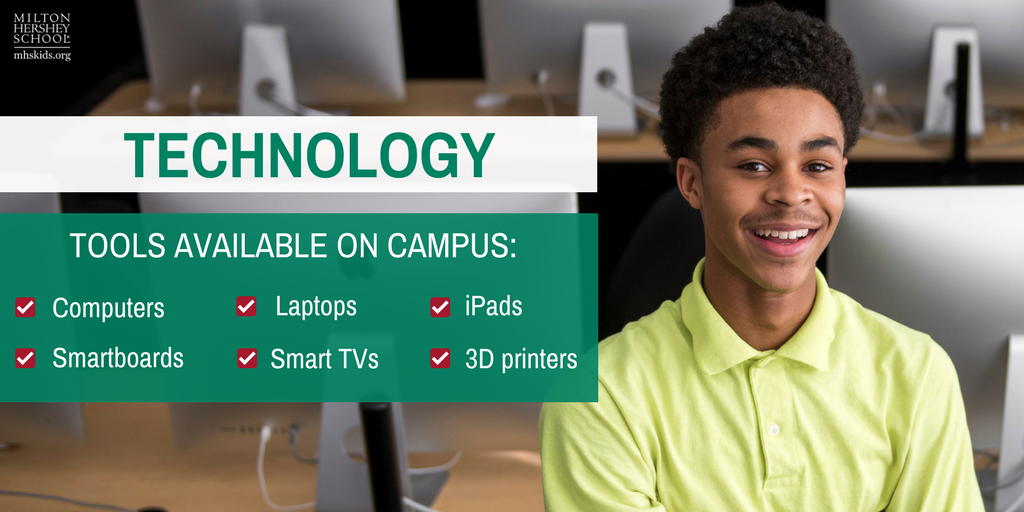