Sharing the Gift of Travel and Culture

Milton Hershey School teacher and alumna Kimberly Ross ’02 has a few life-altering moments that are forever imprinted in her mind, and they each have one thing in common: travel.

Some of these moments include:

Kimberly’s journey began when her family made the decision to enroll her at Milton Hershey School in 1995.

“My mother had been unable to work due to health concerns since I was in second grade, and my father was a blue-collar worker,” Kimberly said. “Supporting four people on one income was hard, and my parents knew MHS would provide me with opportunities they could not.” 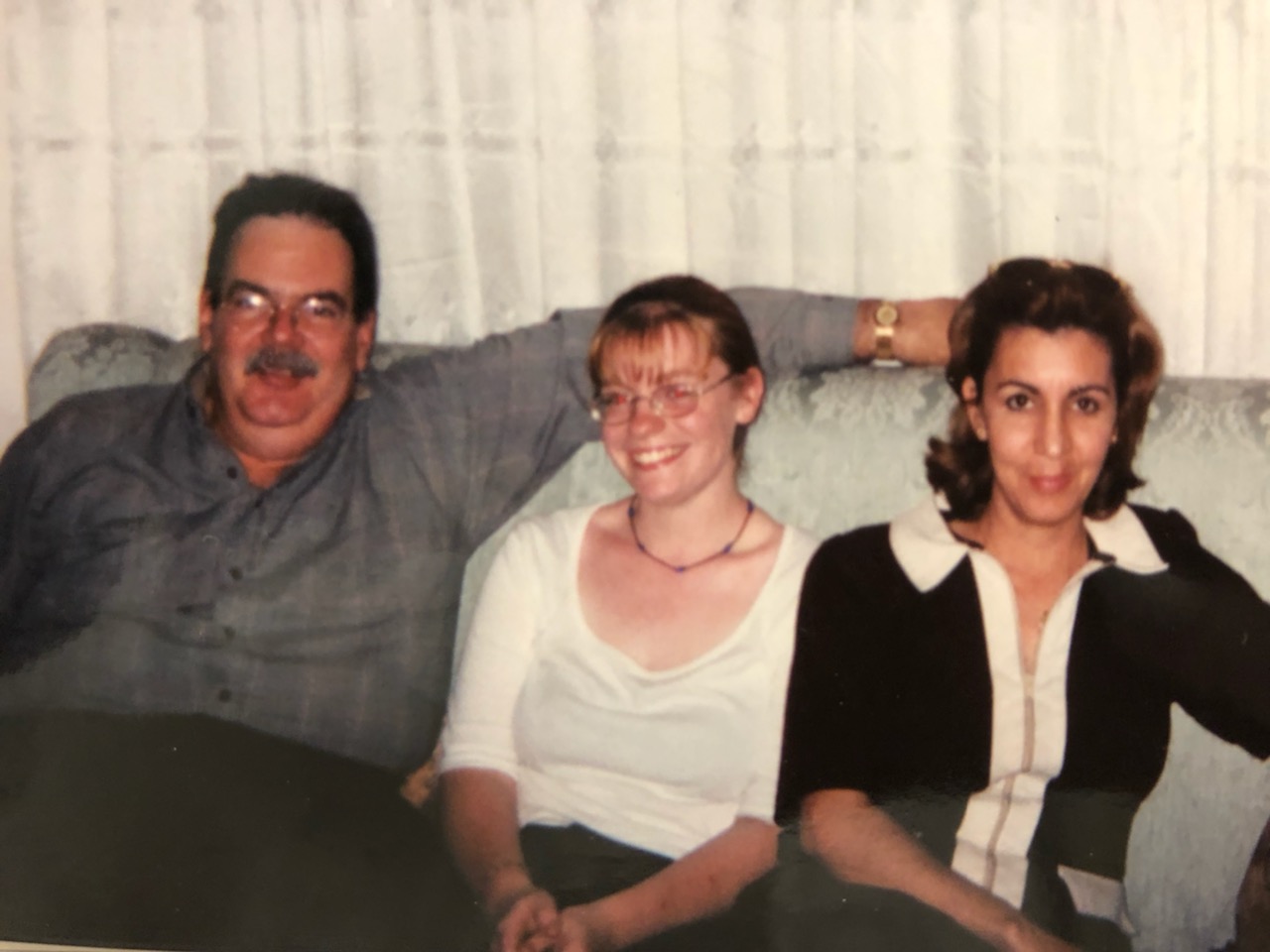 Kimberly with her host parents during her first trip abroad.

One of these opportunities was studying abroad. Five years after she enrolled at MHS, Kimberly was able to fulfill her dream of traveling to another part of the world. She spent the summer between her sophomore and junior years of high school abroad in Barquisimeto, Venezuela.

“When I spent the summer in Venezuela, I stayed with a host family, made new friends, and spoke a lot of Spanish. I fell in love with the language, the people, and the culture,” she said. “When I came home, I knew at 16 years old that I would dedicate my life to studying Spanish and sharing that passion with others. If it had not been for MHS and that summer abroad, I don’t know where I would be today.”

Kimberly and her host sisters during her first trip abroad.

Kimberly’s trip to Venezuela defined who she would become. After she returned to MHS, she began meeting with her mentors who shared guidance and advice about how to pursue a career as a Spanish teacher after graduation.

“Right before I graduated, I had a talk with one of my Spanish teachers. She knew I was planning to study Spanish in college and become a teacher,” Kimberly shared. “She recommended that I also study French so I would be more marketable as an employee. Taking her advice was the best decision I could have ever made for my career. I was offered three jobs because of knowing French.”

Kimberly has traveled to Spain, Québec, Chile, Argentina, Puerto Rico, and Cuba. In the midst of all her travels, the one destination that has always felt like home was Milton Hershey School. After returning to MHS as a French teacher—another opportunity that presented itself thanks to her mentor’s advice—Kimberly now leads classes of high school students and shares her personal experiences with them.

“Since becoming a teacher, I have always dreamed of coming back to teach at MHS. The teachers I had while I was a student here were so important in my development as a student and a person,” she said. “They made such an impact on me, and I wanted to be able to give back to the school that gave me so much.”

For Kimberly, giving back comes in many forms, whether she’s teaching French, mentoring students outside of class, or encouraging them to expand their mindsets and experience other cultures.

“I love traveling because it allows me to have a much more open mindset about myself and others,” Kimberly shared. “Traveling also pushes me out of my comfort zone. I have to speak other languages, try new foods, and learn new traditions and customs. As much as I’ve learned about others, traveling has also taught me about myself—what my strengths, weaknesses, and boundaries are.” 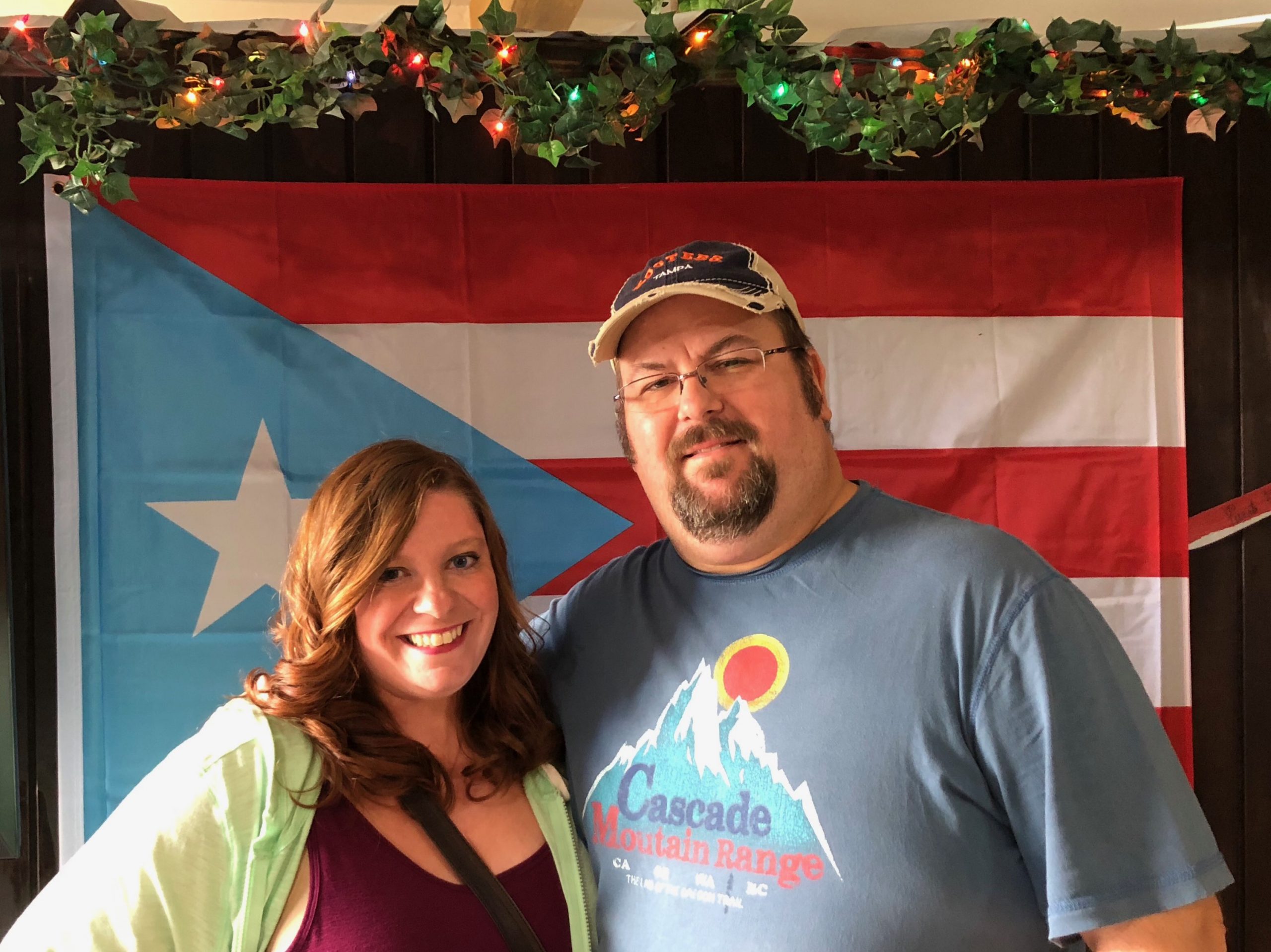 Kimberly and her brother, Edgardo

Pushing herself out of her comfort zone has helped Kimberly meet people from around the world. In 2010, she learned her mother had given her brother up for adoption and he grew up in Puerto Rico. When he turned 40, Kimberly was able to meet him and develop a deeper relationship as she learned about his culture and upbringing. Travel also led her to her future husband, who is Colombian. Together, they embrace the Spanish language and speak it at home.

“It’s important to understand how other people think and interact so we can be mindful of how we develop relationships with people across the globe,” Kimberly added. “We’re becoming a global society, and it’s vital that we educate ourselves with a global mindset so we can be considerate and competitive.” 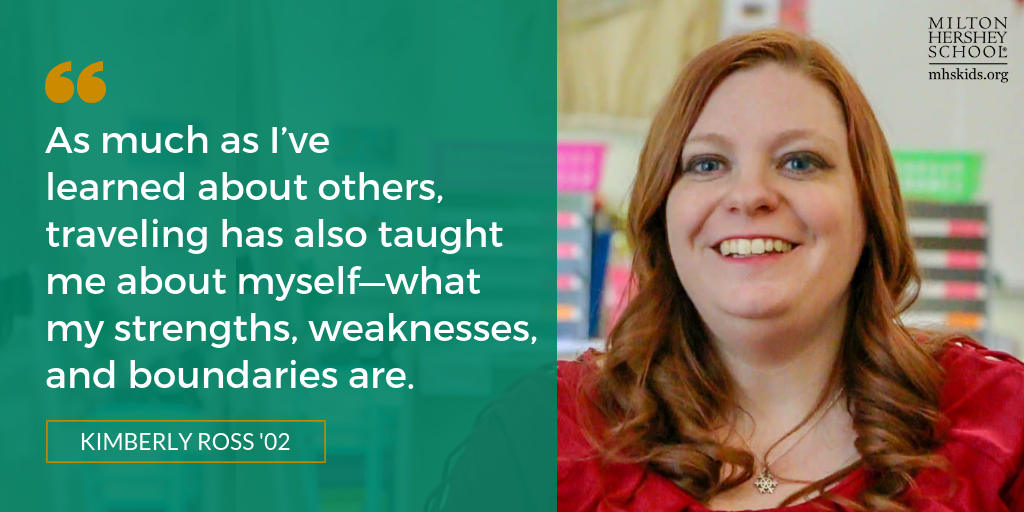