My Duty to Succeed

By Destiny, a senior at MHS

I’ve raised my younger siblings, learned how to change diapers, and made bottles at an age where other kids were more worried about whether or not they would be allowed to go to their friend’s house. Wanting to go over to a friend’s house and be a normal kid never really occurred to me because cleaning the house and taking care of kids turned out to be something I enjoyed.

It never occurred to me that, being a child myself, I probably shouldn’t already know so much about raising another. 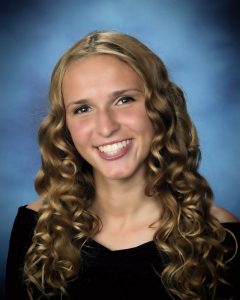 Milton Hershey School gave me a chance to leave those responsibilities and focus on school and the things I wanted to do. As I prepare to graduate, I’m nervous to leave that sense of safety and support behind. I will no longer be able to go to my houseparents and ask for shampoo or have someone remind me to wake me up every morning. Don’t get me wrong, I was always independent and did most things on my own—it’s just the idea that one day I’ll wake up and not have the place I have considered home for so long.

Being at MHS most of my life has changed how I handle having to deal with personal issues such as my family. I’m anxious to graduate, and believe me I’m ready, but I will never forget the memories, opportunities, and support I have received while being here. I’ll never forget the late-night talks in the student home office, the uncontrollable laughter, and the tears that were wiped as I fell and was helped back up over and over again by the invisible hands of encouragement on campus.

At MHS, I have worked so hard and that’s what will motivate me to succeed after graduation. I’ve worked on being a well-rounded person, being kind, giving back, and putting forth the best effort all the time. It’s now my duty to put those actions into the real world and succeed. It’s my duty to save people’s lives through nursing and travel the world so I can help others as I was helped along the way. It’s my duty to experience life the way the school has given me a chance to.

My advice: No matter how rough it is, it will get better. Take chances and don’t stress yourself out. Live your life happy and carefree.

Destiny enrolled at MHS in third grade from Lebanon, Pennsylvania.