The Gift of the Game

“White or black?” I say with a smile.

The student states his preference and we begin setting up the board.

Green and white squares—64 squares total.  The canvas board has become the arena for good sportsmanship, strategy, relationship-building, and small talk between my students and me for two years at Catherine Hall.

The idea to play chess with kids at lunch started with a conversation last year.  A male student with whom I had particular difficulty relating revealed that he liked to play chess at his student home.  This made me wonder if I could start playing chess with him at lunch to build some rapport beyond the classroom.

As soon as I mentioned the idea to my wife, she supported me with the purchase of a chess board along with a chess clock.  I don’t profess to be a student of the game—far from it, if truth be told.  Rather, I enjoy the game and see it as a way to create positive encounters with others and to build community one person, one game, one move at a time. 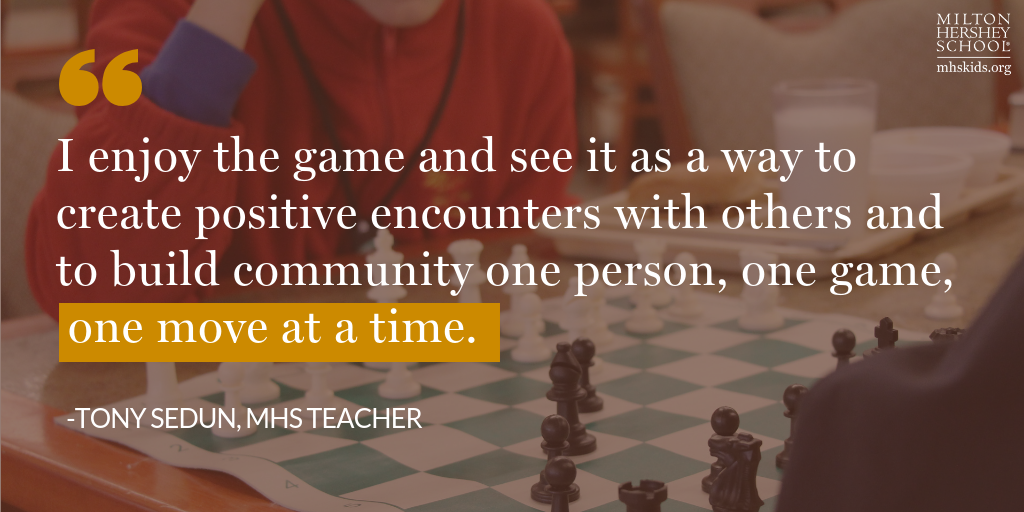 Within a few weeks from that initial conversation, I found myself playing chess with the original student who inspired me to bring the game to the Catherine Hall cafeteria.

And in the weeks and months that followed, I have been grateful to have played dozens upon dozens of games with dozens of kids, many of whom I teach.  Occasionally, students who I don’t teach from other eighth-grade classes will ask to play against me.

In every game, I’ve been wholeheartedly impressed by the sportsmanship of our kids.  Win or lose, many of them display the soft skills that are vital to success and satisfaction in life. What starts with the question, “Want to play chess today?” and involves the intuitive blend of small talk and silence, ends with a smile and a handshake. 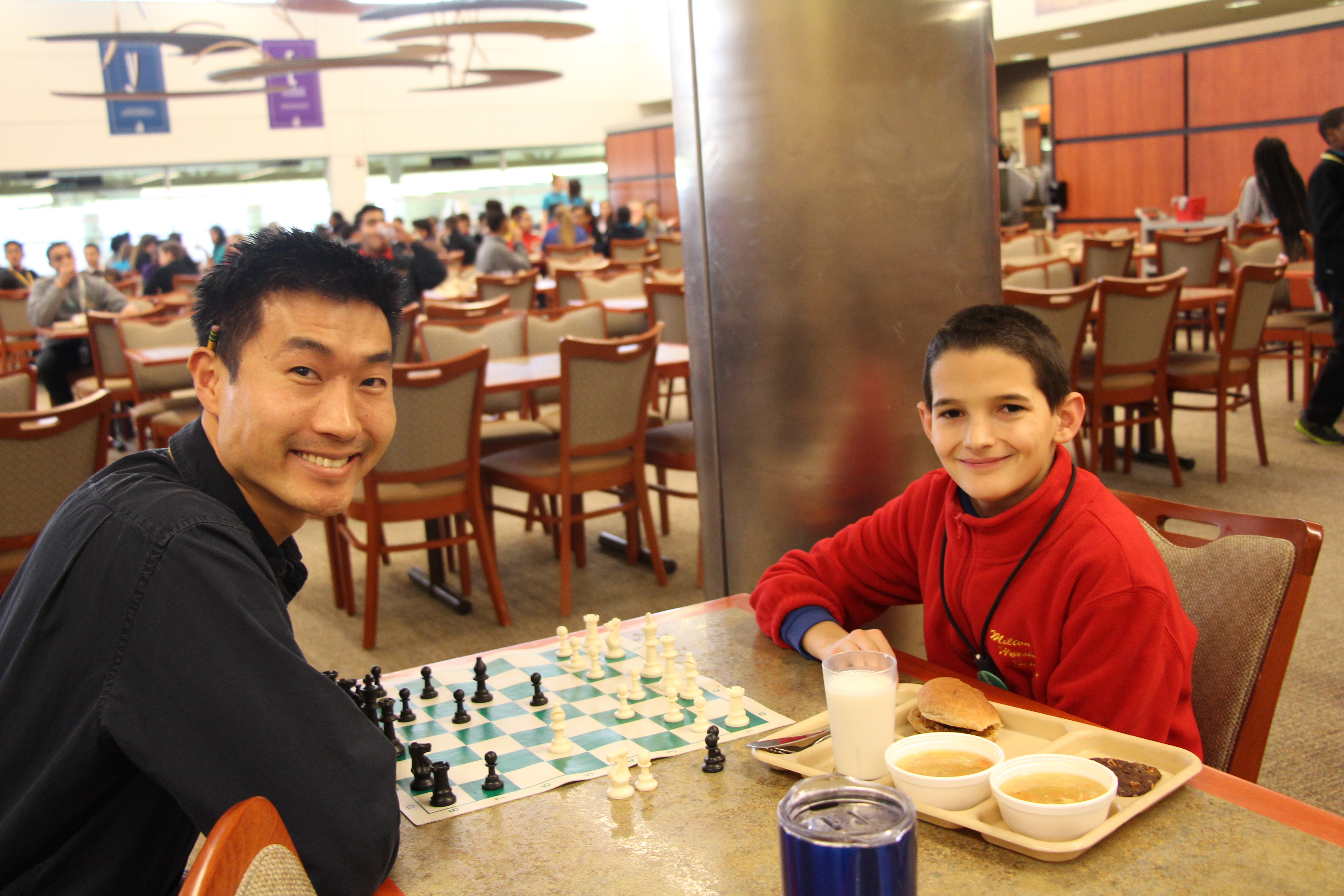 It’s not unusual for a student passing by to pause and observe a game in progress.  It’s neat to see the wonder and curiosity in others.  Perhaps remarkably, many staff members—from custodians to administrators and other teachers—will also pause as they pass our games.  This small phenomenon can provide a spark to our warm and caring community.

When I was a young boy, my uncle recognized in me the capacity for deep and sustained thinking beyond my years.  He was the one who gave me my first copy of “The Basic Works of Aristotle” and discussed with me philosophy and society.  He was the one who taught me the game of chess.  But more than these particular activities, I look back with immense gratitude for the greatest gift he gave to me: the strong belief in my abilities and worth beyond my own abilities at the time.

It is my hope that I can be for my students what my uncle has been for me: a true believer in their absolute and abundant worth as intelligent and curious people, whose gifts unfold with each move, each word, and each new invitation to play. 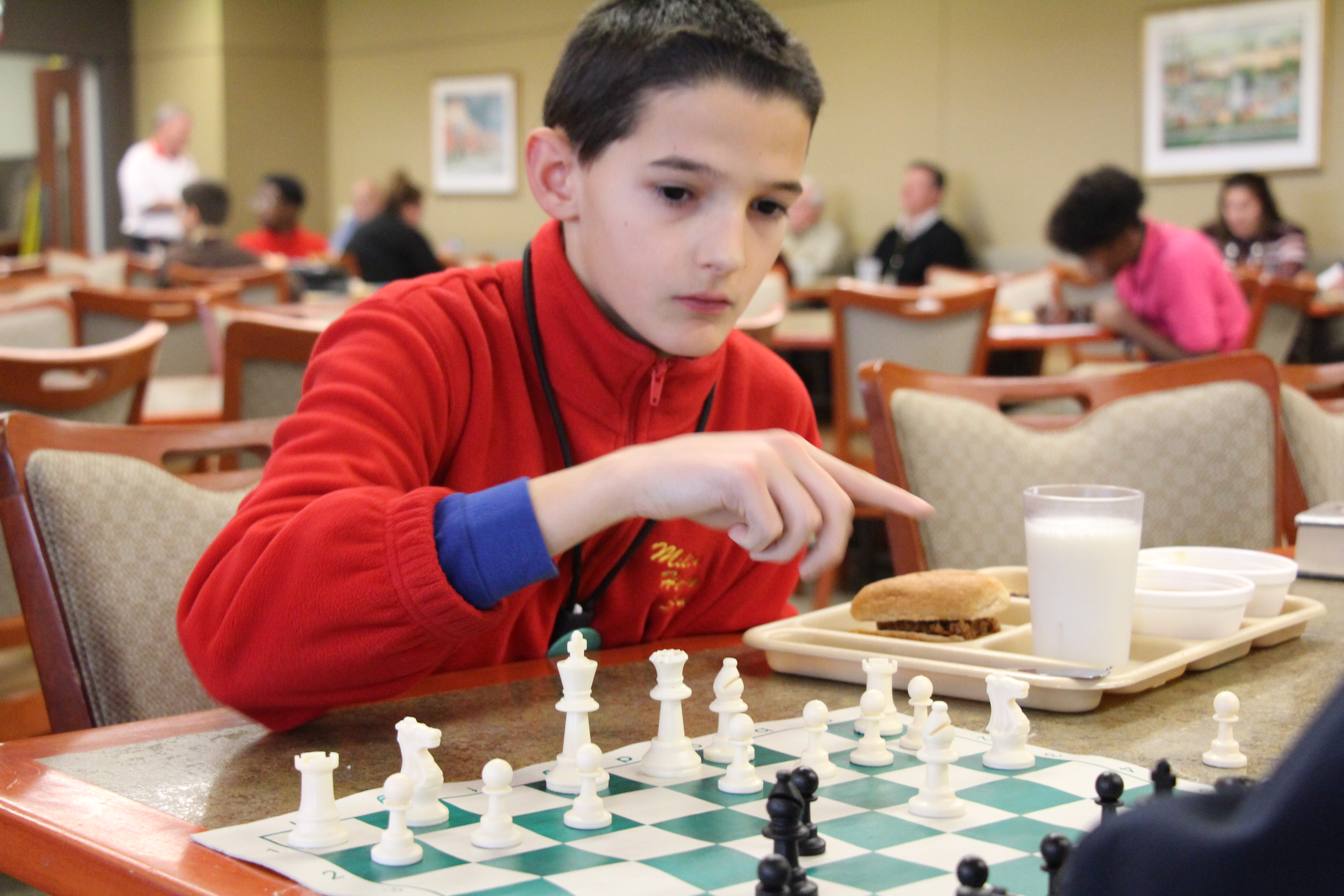