The History of MHS Football and Spartan Pride

Before the Hershey Industrial School—now known as Milton Hershey School—Junior-Senior High School opened in 1934, many HIS students played on the Hershey High School football team.

According to records at The York Dispatch, on Oct. 1, 1932, “M. S. Hershey, the chocolate manufacturer and philanthropist, accompanied the team to York and sat on the players’ bench while ‘his boys’ marched to the unexpected victory.” The weather that day was cold and windy, but every now and then, Mr. Hershey tossed off his blanket to stand and watch an interesting play.

Although Mr. Hershey can no longer attend MHS football games, his legacy and spirit can be seen in the way MHS athletes conduct themselves on the field. Learn more about how the school’s football team has grown over the years—and continues to change to this day. 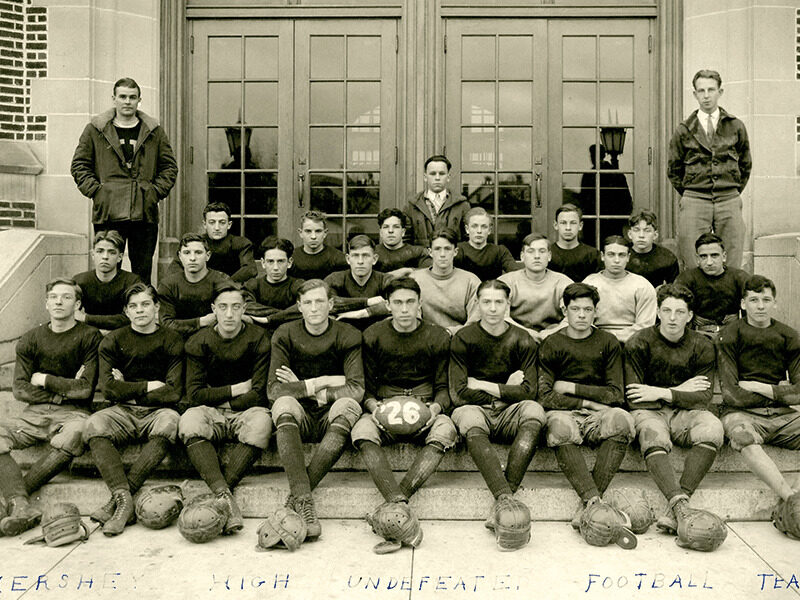 When the new Junior-Senior High School opened in 1934, the first Hershey Industrial School football team was coached under the leadership of Ralph Hoar, Alfred Gibble, and William Landis. In the team’s first game, they achieved victory over the previously undefeated Hummelstown with a score of 6-0.

In 1935, student athletes began referring to themselves as ‘Spartans’ after a popular vote from the student body.

The school’s principal at the time, W. Allen Hammond, said, “So great was their fortitude back by self-imposed, rigorous discipline, that all opponents felt their undaunted spirit and all [students] were proud to be called Spartans.”

The 1943 season marked the first Cocoa Bean game between Hershey Industrial School and Hershey High School. It was the first time the two schools faced each other in football competition, and the tradition has remained for 75 years. Alumni who played in the first Cocoa Bean game remember Milton Hershey coming to watch them practice, and in later years, sitting in his car with the door open so he had the best view. 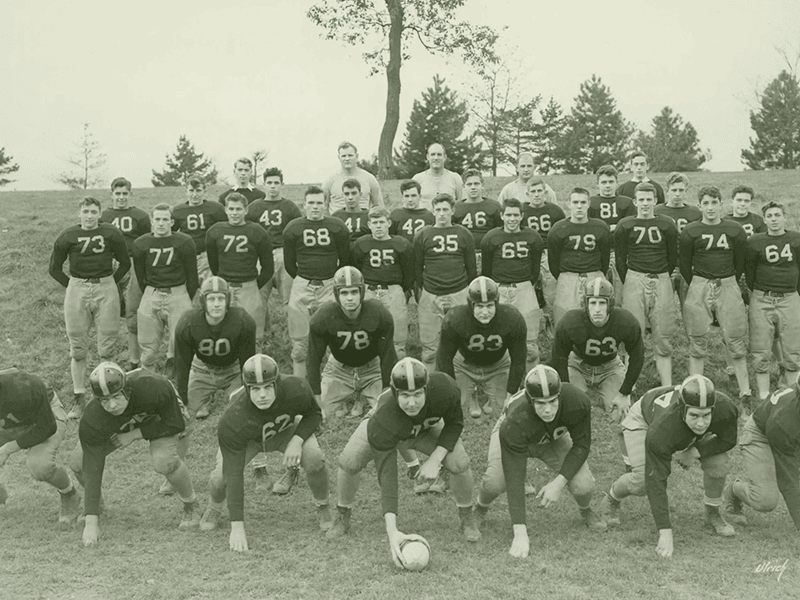 Thanks to action shots in the Acropolis yearbook, it appears that the Spartans had wings on their helmets in 1940. By the 1946 season, the team looked more polished with stripes added to the helmets.

Protective gear was added to the helmets during the 1956 season, and they continued to become safer throughout the 1960s. It wasn’t until the early 1970s that the football team sported a different look. The 1973 team displayed numbers on their helmets, and the 1977 helmets featured the Spartan logo. The 1990s welcomed shiny gold helmets, which symbolized the athletes’ noteworthy success as the school’s first undefeated team in 1997. 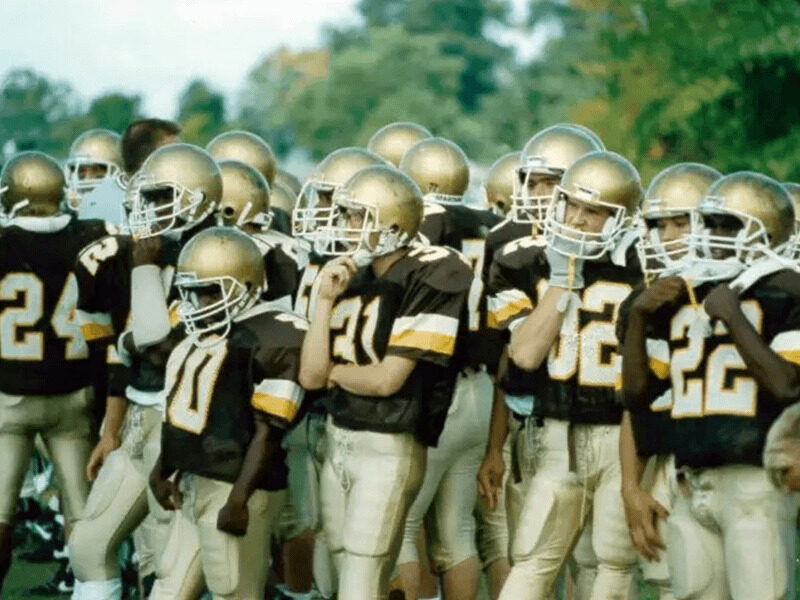 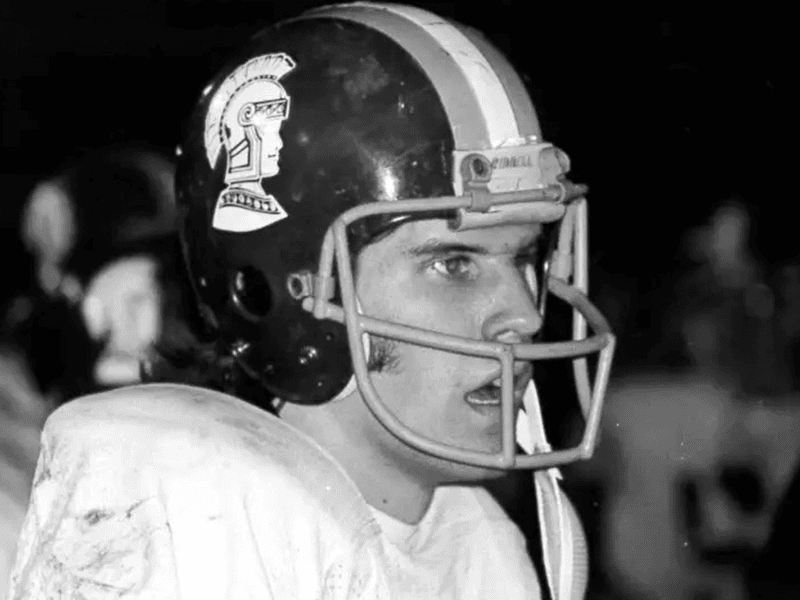 As the Spartans begin their 84th season, they recently changed the color of their helmets by adding bold brown and the Spartan logo. During the season, players’ numbers also will be displayed on the left side of the helmet.

As always, MHS athletes act with the rigorous discipline and undaunted spirit of a Spartan! 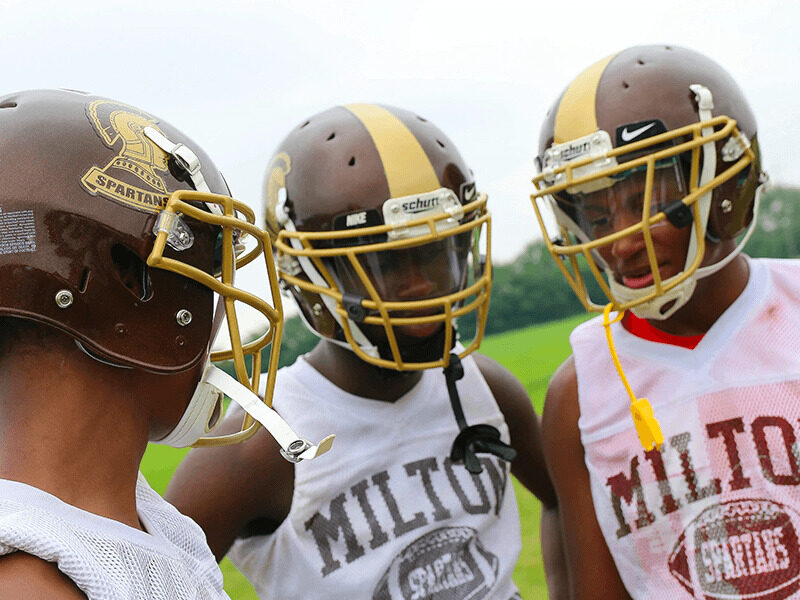 Learn More About Athletics at MHS