Vinnie Caroselli ’16 enrolled at Milton Hershey School when he was in ninth grade from Upland, Pennsylvania. Even though he was eager to attend MHS, the transition to living on campus and being away from home was challenging for Vinnie.

“I was never away from home longer than four days,” he explained. “To be [at MHS] for four years was a big commitment, but my houseparents were really helpful and always had weekly talks with me.”

As Vinnie became acclimated to the MHS campus, he tried out for soccer during his freshman year but didn’t make the team. That’s when he decided to sign up for the school’s Couch to 5K Program — an annual 5K run and walk that encourages students and staff to be active regardless of their skill level.

Vinnie was one of the top student finishers, which caught the attention of the MHS cross country coach who encouraged him to try out for the team his sophomore year. Vinnie made the cross country and track and field teams and continued to find his passion for running throughout the rest of high school.

“I never ran competitively before the Couch to 5K and never saw myself as a natural runner,” Vinnie said. “But once I started [training] and saw progress within myself, it allowed me to have a good Couch to 5K race and then excel in cross country my sophomore year.”

When he graduated from MHS in 2016, Vinnie took his love for running to Juniata College where he’s studying graphic design, marketing, communications, and entrepreneurship.

As a college athlete, Vinnie had to adjust to various roadblocks including a long-distance cross country course. It increased by more than a mile and a half, and he was running 50-60 miles a week. Vinnie ended up missing three-quarters of his freshman cross country season due to dehydration but never lost sight of his goals. 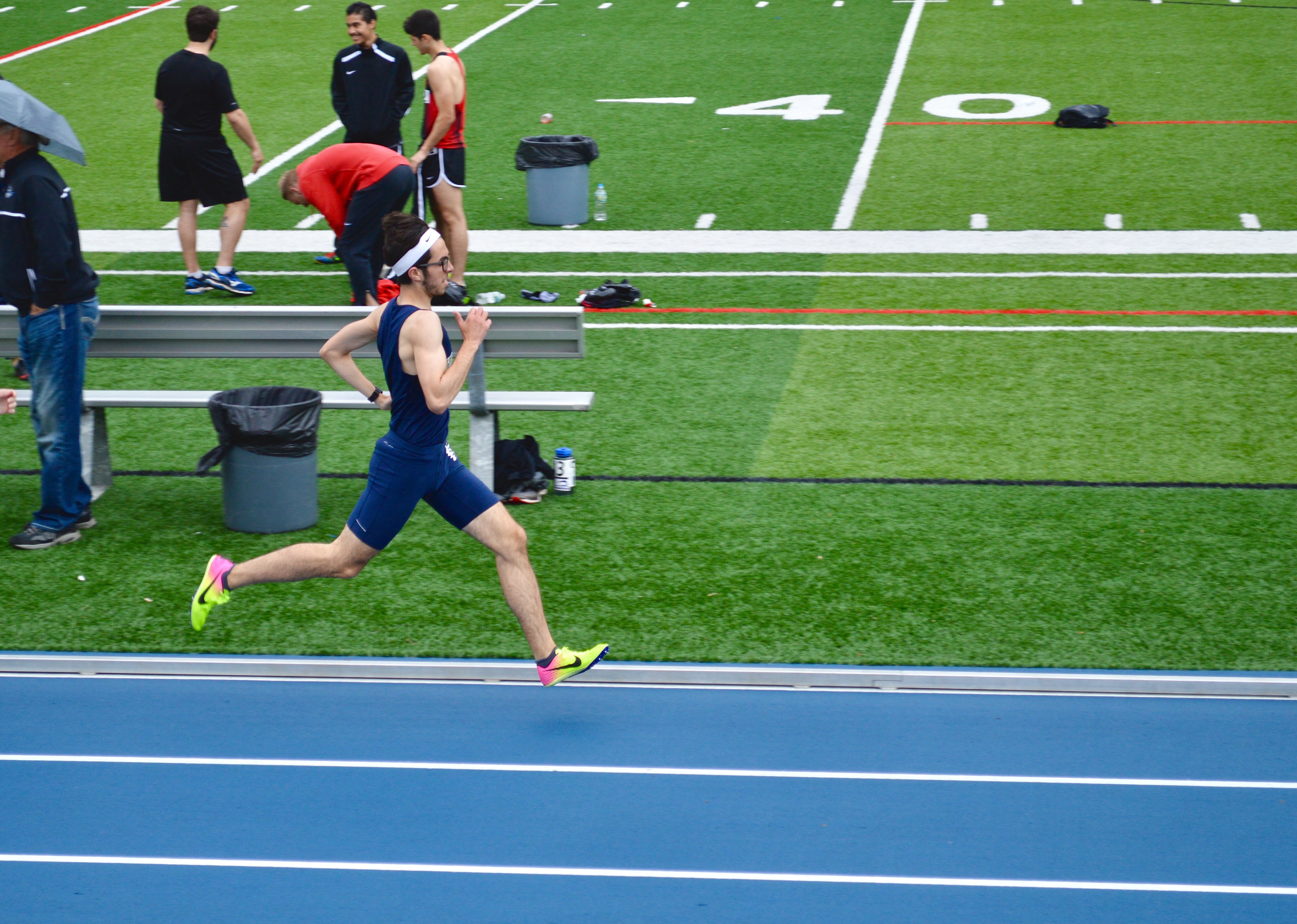 “When I came back [at the end of the cross country season], I competed at our conference championship and placed within the top six on my team,” he said. “It was really impressive to me and also showed my coach how much heart and dedication I have.”

Vinnie’s ability to overcome adversity gave him a lot of energy as he began indoor and outdoor track and field seasons. He worked with his coach to increase his distance for spring track and field, and at the first outdoor meet of the season, Vinnie ran the 5K and achieved a personal record of 16 minutes and 12 seconds. His success helped him find his niche as a distance runner, and he ended the season on a high note by finishing 12th at the Landmark Conference meet.

Between cross country and track and field, Vinnie only has 30 days off the entire year—but he likes being busy.

“It keeps me very focused and organized as a student,” he said. “MHS prepared me for the college level by [encouraging me] to be responsible and dedicated in everything I do. At college, the breaks are longer so when you’re home, it comes down to being dedicated and making sure you’re training on your own. The only person watching over you is yourself.”

Vinnie plans to continue running, both in and out of college, and stay dedicated to his goals—even when he’s faced with a challenge.

“Believe in yourself, and stay focused on your goals. Don’t let anyone downplay it,” Vinnie added. “You know what you’re capable of as an individual, and as long as you believe you have the skills to achieve your goals, you will achieve them.” 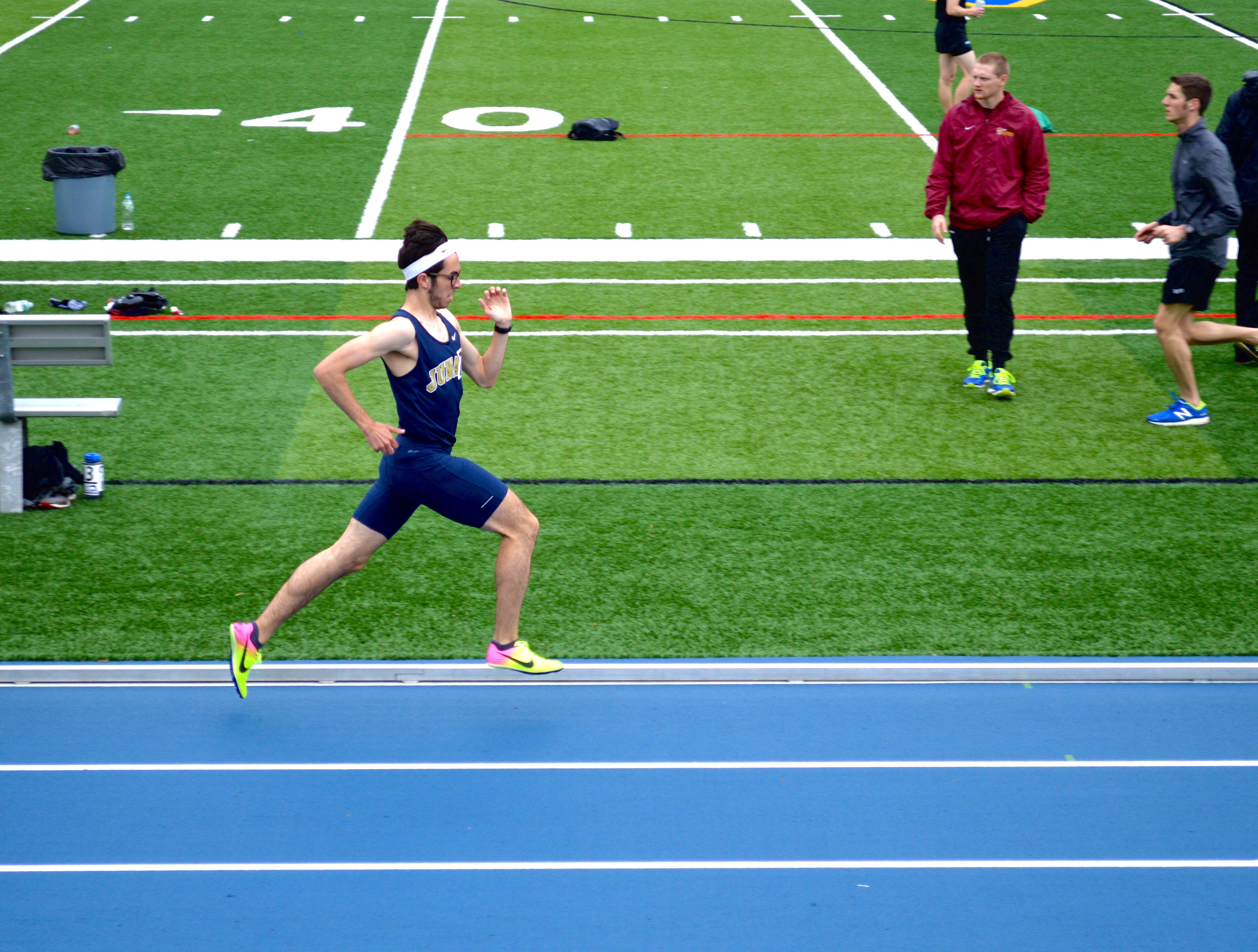