Sometimes a basketball hoop can change the trajectory of a person’s life. For Pedro Rodriguez ’18, this is where his Milton Hershey School journey began.

One year after Pedro’s brother enrolled at MHS, he knew he wanted to apply. Pedro would visit campus and see the basketball hoops outside of every student home—something 11-year-old Pedro never thought he could have such easy access to. Since he was a little boy, Pedro had a passion for basketball, but in Allentown, Pennsylvania, he was unable to realize his full potential on the court or in a classroom. 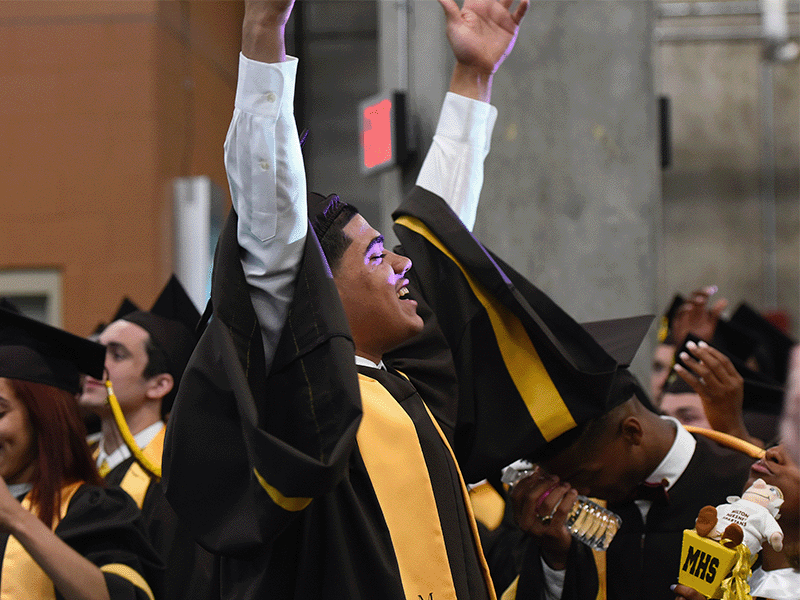 “The environment I grew up in had little opportunity for me to grow,” he shared. “It wasn’t always safe. I wouldn’t be where I am today had I not come to MHS.”

While in middle school, Pedro sharpened his basketball skills, tried out for the team, and made it. During high school, he grew upon his passion and led his team to play in post-season competitions his sophomore, junior, and senior years. In his final season as a Spartan, Pedro and his teammates won the district title before placing fourth in the state championship tournament. 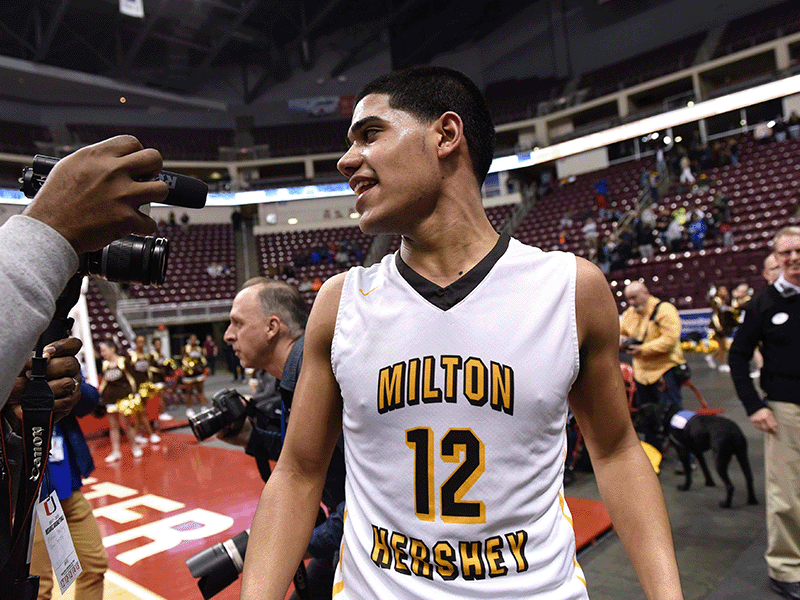 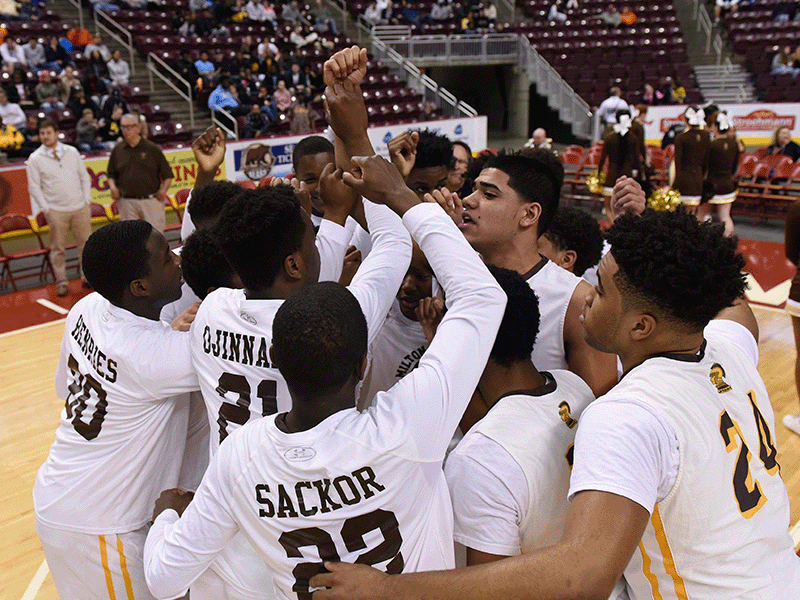 “Basketball helped me as a person. All my coaches pushed me to be my best. I was never the most skilled player. I was never the best at one thing,” Pedro added. “I wasn’t the best shooter or the best dribbler, but I always played with so much passion and energy that I built my name and career off of that.”

Pedro spoke highly of the way his coaches and teammates held him accountable for his actions, whether in practice or in the classroom. They expected excellence of each other. He credits this accountability and encouragement from mentors for helping him find his path to college.

After graduating from MHS, Pedro pursued a degree in communications from Penn State University. While attending the university’s campus in Harrisburg, Pennsylvania, he once again played basketball, serving as a leader for his teammates on and off the court. 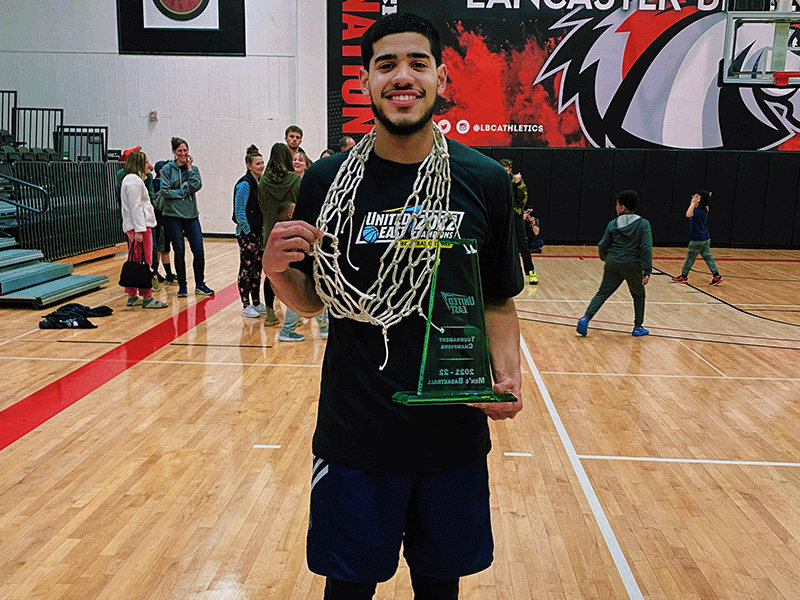 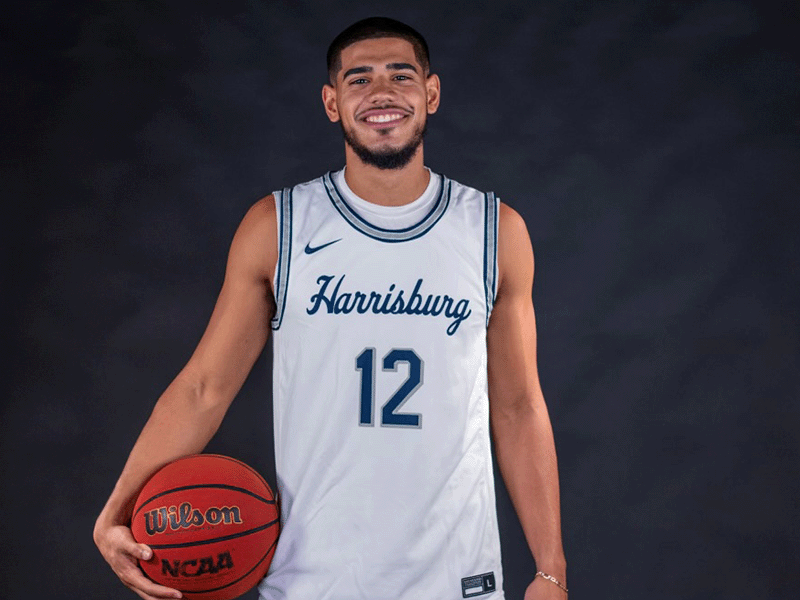 He speaks fondly of watching the stands during a game as his mentors from MHS sat and continued to support his successes. Because of this, he is always looking for ways to support the MHS students and graduates. 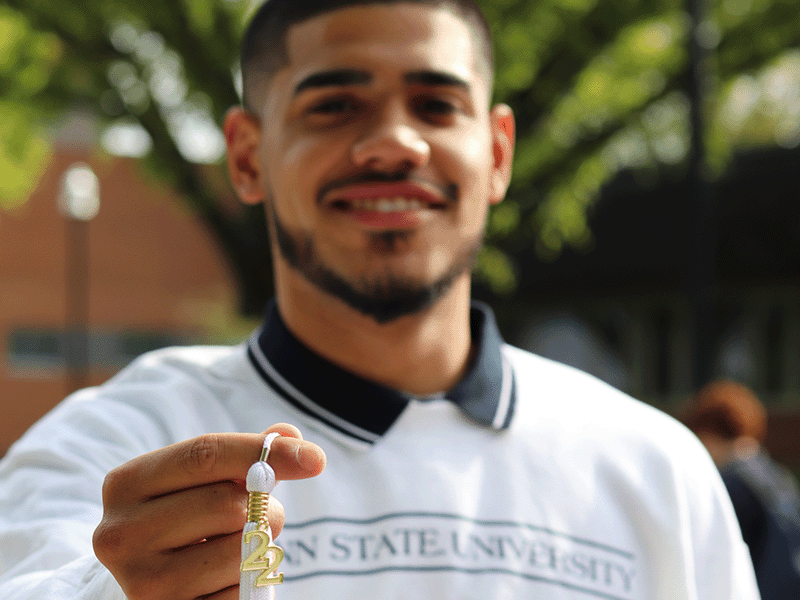 Beyond the MHS community, he credits the school’s Hershey entity partners, such as Hershey Entertainment & Resorts (HE&R) and The Hershey Company, for internships and work experiences that have helped him grow his skillset beyond basketball. After his college graduation, he started working in a management training position at HE&R that exposed him to several different career fields.

Today, Pedro spends his days working in Hershey, PA to support the mission of MHS founders, Milton S. Hershey and his wife Catherine. After work during basketball season, he heads to MHS to serve as an assistant coach for the next generation of MHS athletes—in the same Spartan Gym he played in for many seasons. 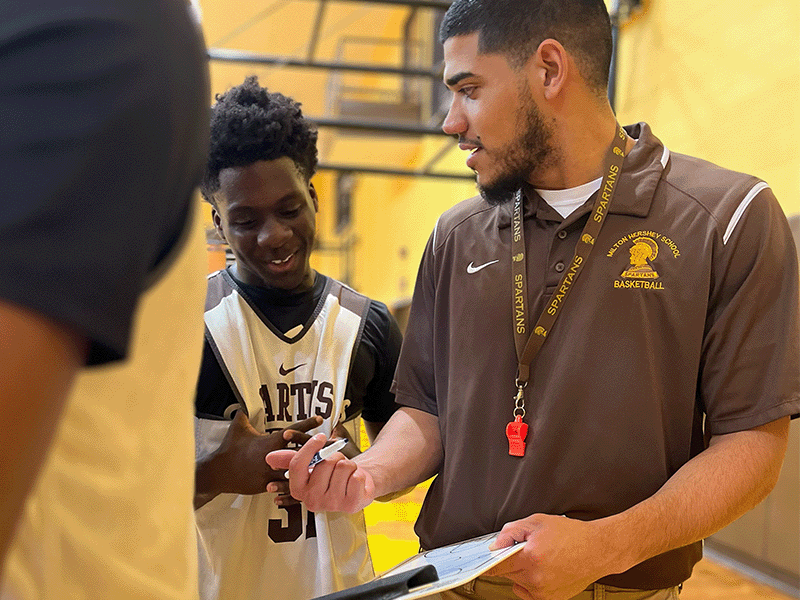 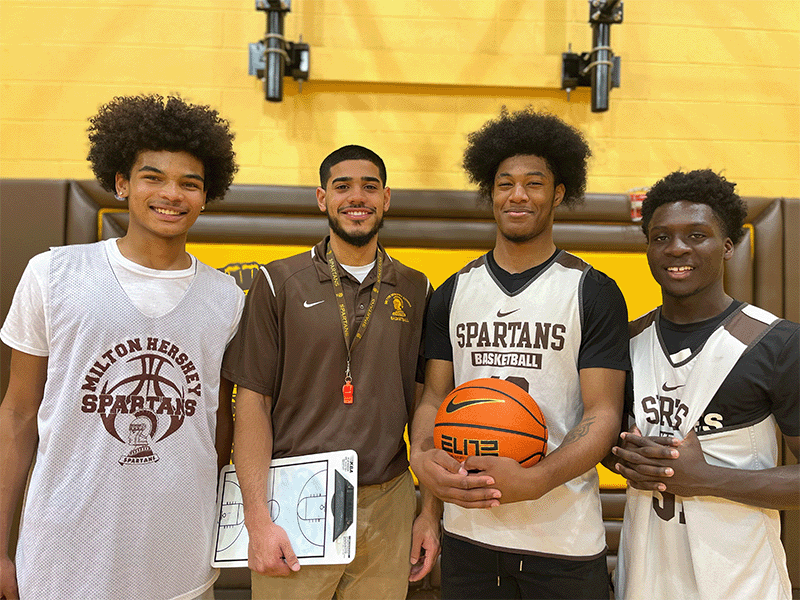 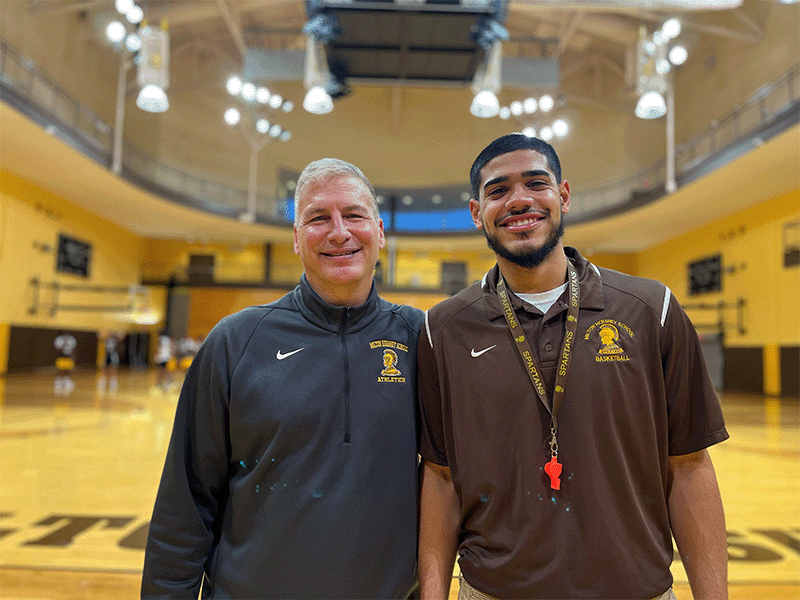 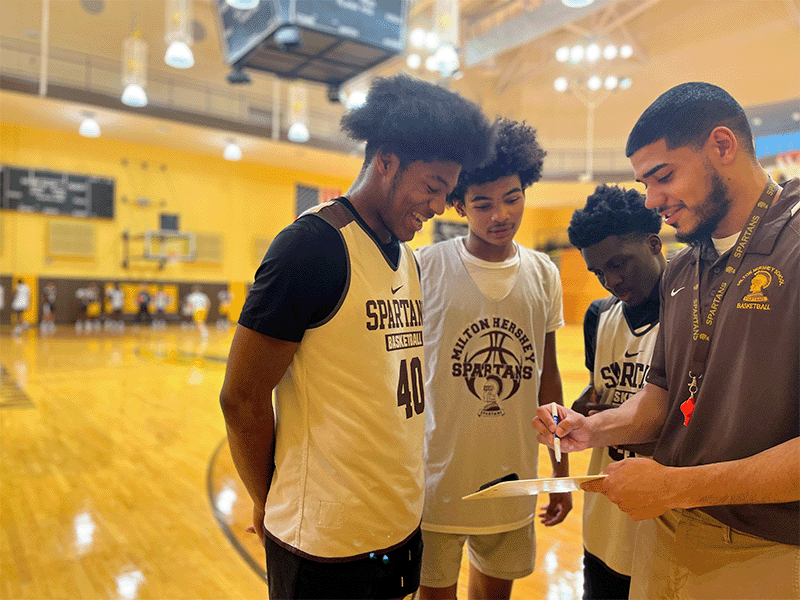 Sometimes all it takes is a basketball hoop to offer new opportunity and a chance for a young boy to succeed far past what he thought was possible.