Jonathan Branam ’96 is a Milton Hershey School “lifer”—he enrolled at MHS in pre-kindergarten and lived at the school until he graduated. Originally from Harrisburg, Pennsylvania, he says coming to MHS helped him gain a new family.

“I missed my family, but I gained a Spartan family. There’s nothing like having 15 people living in a home together,” he said. “You always had someone to play with or talk to. It helped my networking abilities tremendously.” 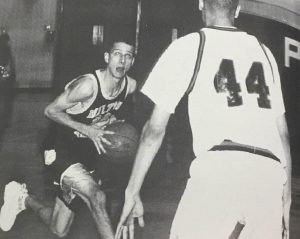 Jonathan gets ready to take a two-point shot during his junior year at MHS.

In elementary school, he remembers his housefather teaching him how to play sports so they could compete in fun rivalries between other student homes. Jonathan quickly developed a love for athletics, and as he got older, experimented with as many sports as possible—including track, baseball, soccer, basketball, football, and swimming.

“I got to experience some very team-oriented sports that helped me realize that when you look around a locker room, [your team] is all you have,” Jonathan said. “Losing also taught me how to learn from losses so when the team wins, we can have a winning attitude and still support those who are losing.”

Before he graduated from MHS, Jonathan came up with several goals for his future. To meet them, he enrolled at Pennsylvania State University where he focused on basketball and studied labor and employment relations. After graduating, he returned to Harrisburg, got married, started a family, and built his own business called J.W. Branam and Associates, LLC.

“One of my goals was to make it to the National Basketball Association (NBA). I didn’t meet the NBA expectations, but I did walk on and play basketball at Penn State for three years and gained some experience playing overseas,” he said. “My other goal was to build a business, and I’ve been able to see the world through my network. My third goal was to become a college coach. Although there were some bumps and bruises along the way, I’m living the dream of what I wanted to do.”

Jonathan works as a business development specialist to help businesses grow and refine their goals. He is the men’s head basketball coach at Harrisburg Area Community College, and has helped the team make it to the playoffs. In 2017, he also was awarded Co-Coach of the Year for NJCAA Region 19 as a first-year head coach. 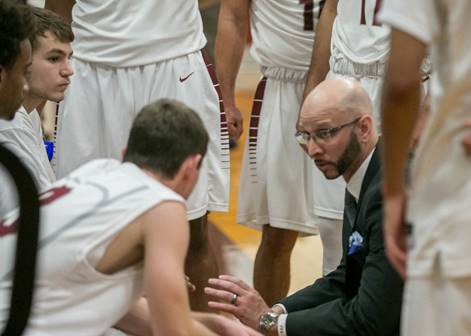 “I definitely wasn’t expecting [the award], but I think it was because I changed the culture [of the basketball program],” Jonathan said. “I challenged the school and they challenged me back. We bring more professionalism and opportunity to the kids and take away their excuses. That was my goal and my mission.”

Whether he’s helping businesses or mentoring college athletes, Jonathan believes success is defined by each individual person. Basketball has always been his outlet, and he uses the love of the game and lessons he’s learned to help athletes reach their full potential. 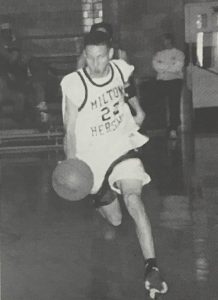 Jonathan runs down the court during his senior year of high school at MHS.

“By playing basketball or any team sport, you have to learn to trust other people and believe in them. Coaching has been a way for me to give back,” Jonathan said. “If a kid likes the game of basketball, they can also take that same mentality and apply it to math, reading, and school in general. Once they understand the formula, anything is possible.”

When it comes to achieving his life goals, Jonathan credits Milton Hershey for helping him realize anything is possible with an entrepreneurial spirit.

“Milton Hershey himself was an entrepreneur by spirit, so I think all MHS students should strive for their dreams,” Jonathan said.

“Once you leave MHS, you have to go back to reality, but if you can prepare yourself, your reality can change when you get back. Anyone who goes to MHS can never say they didn’t have an opportunity,” he added.