Watching the Kona Ironman race on television as a child was the first glimpse at a future fitness goal for Chris Spinogatti ’07.

“I would tell my brother at that time when I was 10 years old, ‘I’m going to do that someday,’” he said. “As I got older, I knew I wanted to accomplish at least a half Ironman.”

As a former member of the MHS soccer team, Spinogatti said he learned as a high school student the importance of fitness and healthy living for competition. Perhaps that is one lesson that allowed him to continue as an MHS graduate competing in half marathons, full marathons, and Olympic-distance triathlon races. When it came to his next big race, Ironman 70.3 Atlantic City on Sept. 15 was a no-brainer for this south New Jersey native.

“I was familiar with that area so it just seemed like a comfortable race that I could do, and one that I could finish and accomplish my goal of completing one,” he said.

However, signing up for his first half Ironman was not done with just the click of a mouse. It takes a lot of training to complete a race that combines a 1.2-mile swim, a 56-mile bike ride, and a 13.1-mile run. Spinogatti had put off committing to a race of this caliber for years due to the competing demands of training and his already-busy coaching schedule. He also was wary of registering for the half Ironman because he felt he lacked the confidence for the swimming component. Although his experience in Olympic-distance triathlons proved he could swim 0.93 miles, he was not so sure about the longer distance of a half Ironman.

“I don’t know if I can do this because I can’t swim that far,” he recalled thinking.

Nevertheless, Spinogatti mustered up the determination to sign up for the Atlantic City half Ironman during the winter. By making small adjustments to his lifestyle, he diligently trained for the next nine months. For example, he took his bike with him wherever he went over the summer so he had no excuses for fitting a bike ride into his schedule. This idea of no excuses continued to echo through his mind, always bringing him back to his role as an MHS soccer coach. 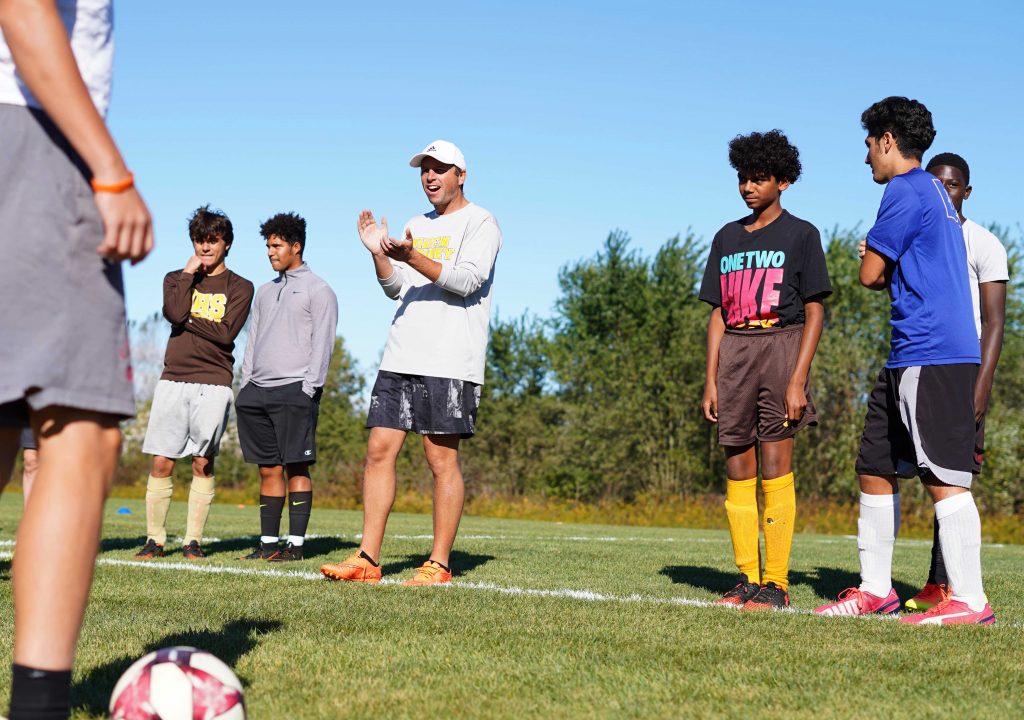 “Whenever I do any type of training, I always think about my soccer players. During preseason and the season as coaches, we’re always pushing them to their limit and expecting them to do more,” he said. “I have those voices in my head that are like, ‘You’re tired, you should stop. You’re tired, you should stop.’ And then I think about me getting on my players: ‘There’s no such thing as fatigue. Keep going. You have more to give.’ And that’s where I’m like, ‘Okay if I tell them that, I can tell myself the same thing.’”

When race day came, Spinogatti found a man who reversed the coaching role on him. This man, who Spinogatti referred to as “Boston,” was perhaps the biggest driver in his ability to complete the half Ironman. He met this athlete from Massachusetts on the morning of the race. Through conversation, he discovered Boston’s strength was the swimming leg. Because Spinogatti’s weakness was the swim, he did not expect to see Boston again until after the race. However, after completing the bike course and nearing the last few miles on the run, he caught up to “Boston.” Through words of encouragement and a positive spirit, the two helped each other finish what seemed impossible when experiencing dehydration and fatigue.

“I was in a bad place,” Spinogatti said. “But when I ran into this guy, it just lifted me up. And then we were talking about the finish and we’re like, ‘Man, we’re almost there!’”

Looking back, Spinogatti is in awe that he was able to cover 70.3 miles of ground through the strength of his own body, the support of other athletes and his mom along the racecourse, and the reminder that there are no excuses. Upon seeing the finish line, he was convinced he could complete another race of this intensity.

Naturally, Spinogatti’s next race goal is a full Ironman in Florida in the fall of 2020. As a coach, he understands the value of goals. Talking to students about setting their own fitness goals is one thing. Exemplifying how to make goals become reality is another, and that will stick with the students Spinogatti coaches as they continue as Milts just like him. 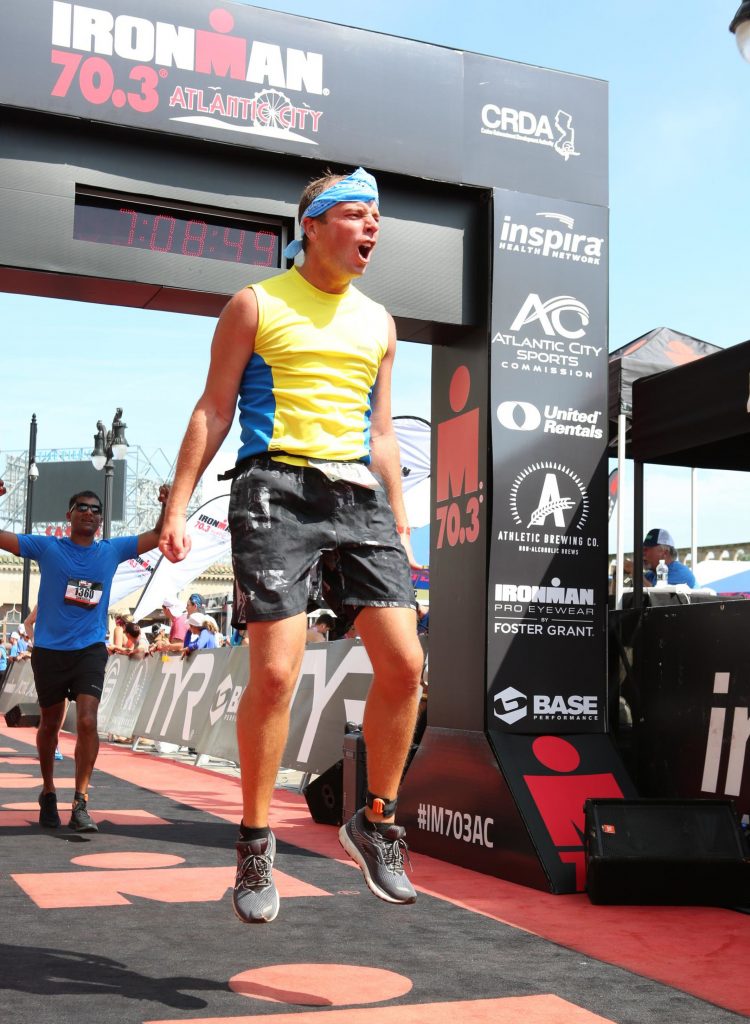