Fourteen years after Analyse first picked up a field hockey stick, the Gaspichs are working together to coach MHS middle school students in field hockey and life.

“As a father, it’s a really special thing to be able to watch [Analyse] in action. She brings the field hockey skills while I bring more of the discipline,” Paul said. “We’re setting a positive example for the kids of a father-daughter relationship. We never bicker with each other and we have mutual respect.”

For Analyse, teaching students how to respect and support one another is something she learned from her parents. 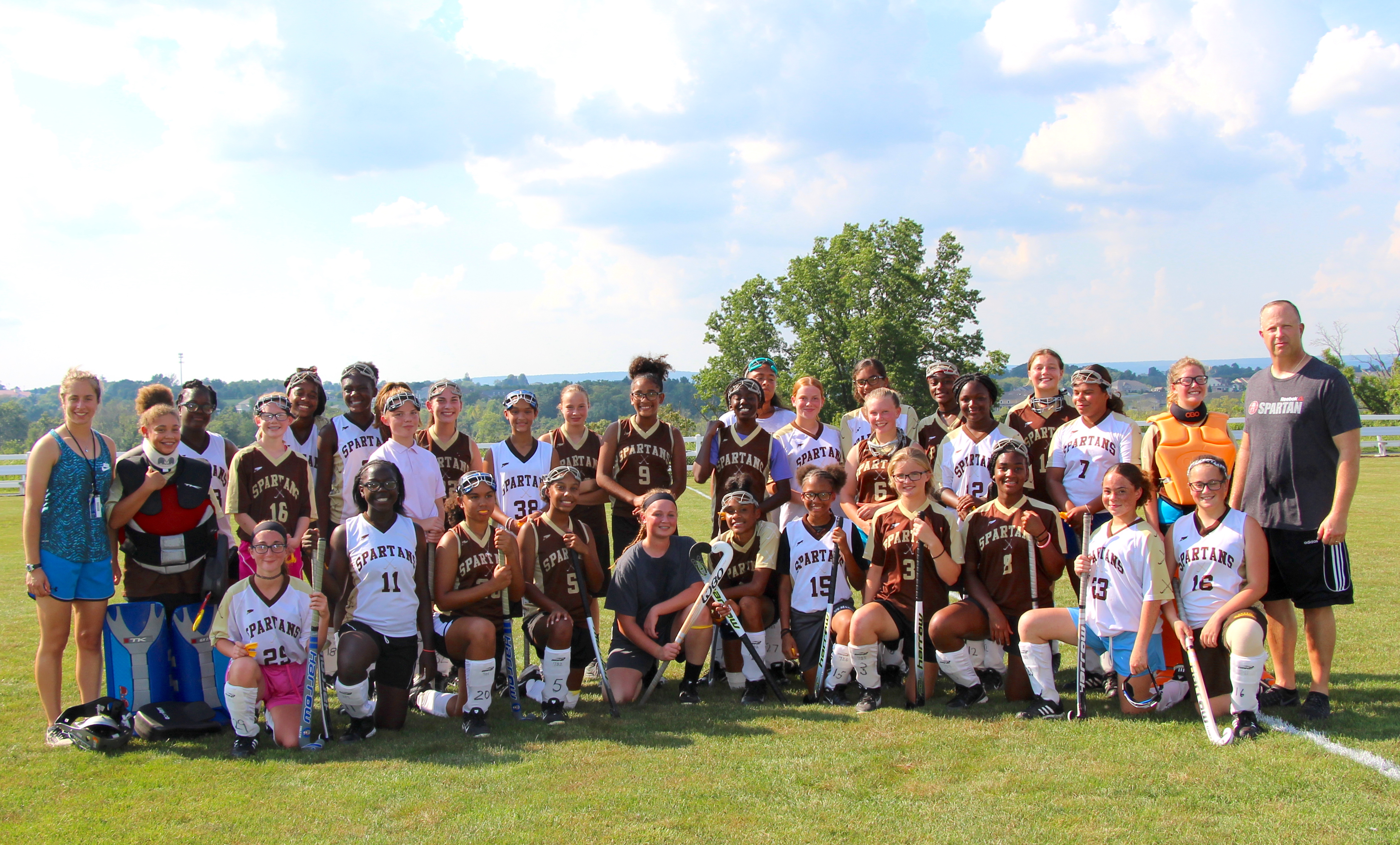 “I’m the type of person and coach I am today because of my dad as well as my mom,” Analyse said. “I love having the opportunity to see my dad every day and work together to develop the players not only as athletes, but as good people.”

In addition to mutual respect, the Gaspichs encourage MHS students to embrace teamwork to create a family dynamic. They learn that a team is stronger than one or two people.

“The majority of our girls have never played field hockey before. The great thing is, our students are so athletic and hungry to play a sport,” Paul explained. “We try to focus on the fact that our field hockey team is a family. We don’t allow there to be a single superstar. Everyone is involved, and everyone touches the ball. Our students really embrace that.”

This sense of camaraderie can be seen on the field as MHS middle schoolers compete against local school districts—many with players who have up to six years of experience. To motivate the students to work together, Analyse and Paul reinforce several key goals throughout the field hockey season, including: 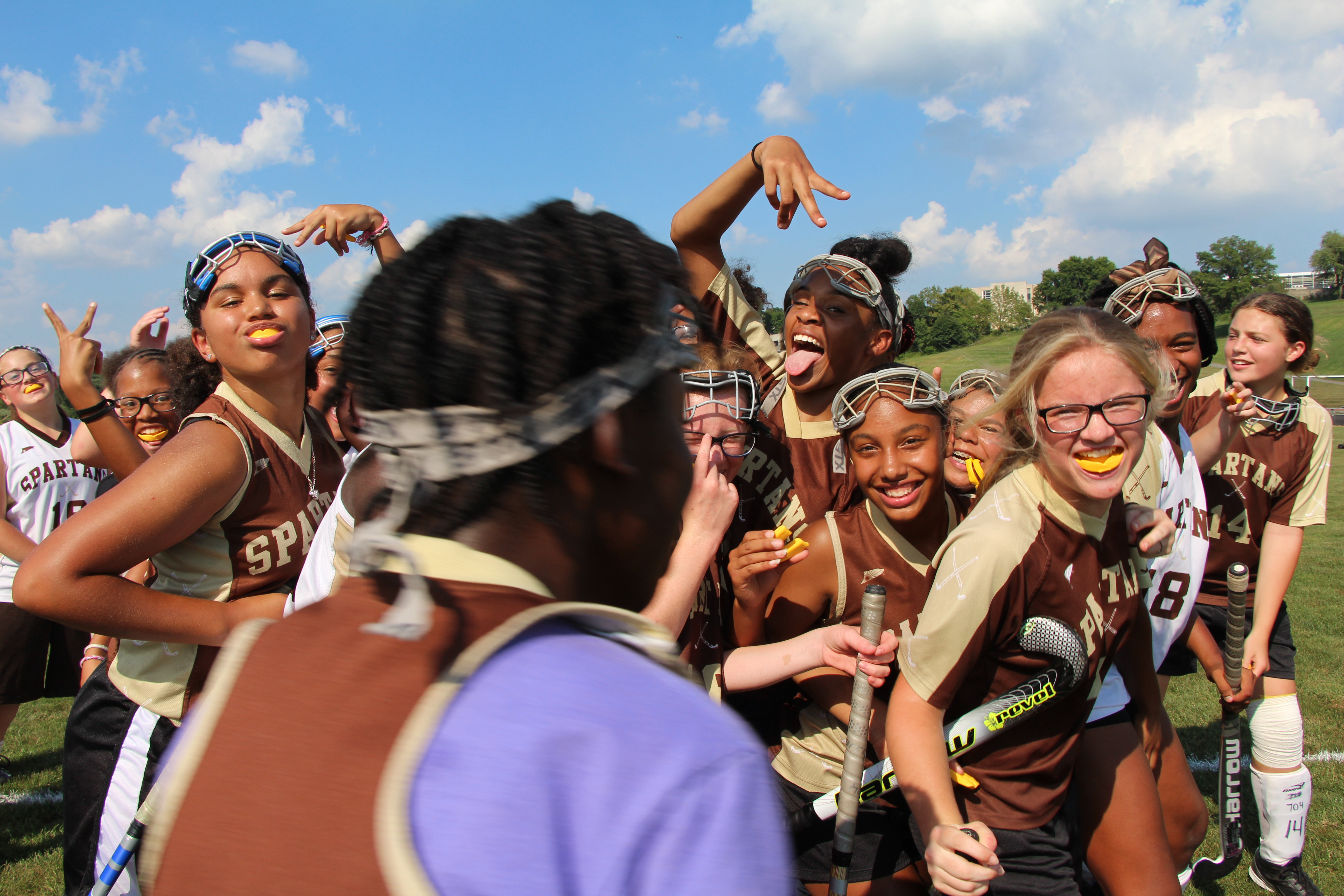 “Overall, our main goal is to have the girls feel that they are part of something bigger than themselves,” Analyse said. “All of our girls come from different backgrounds and have different struggles they overcome every day. When they step on the field, we are one family and we push each other to reach our full potential.”

Reaching their full potential includes academics as well. The Gaspichs closely communicate with MHS teachers to ensure their athletes are succeeding in the classroom. While they have created high expectations for their team, it’s meeting and exceeding these expectations that give students so much pride.

“They’re representing the field hockey team and MHS [as a whole] by wearing that uniform, so we want them to wear it with pride,” Paul said. “We’re not just coaching field hockey. We’re also coaching the bigger picture of them being positive role models for the rest of the school and productive members of society.” 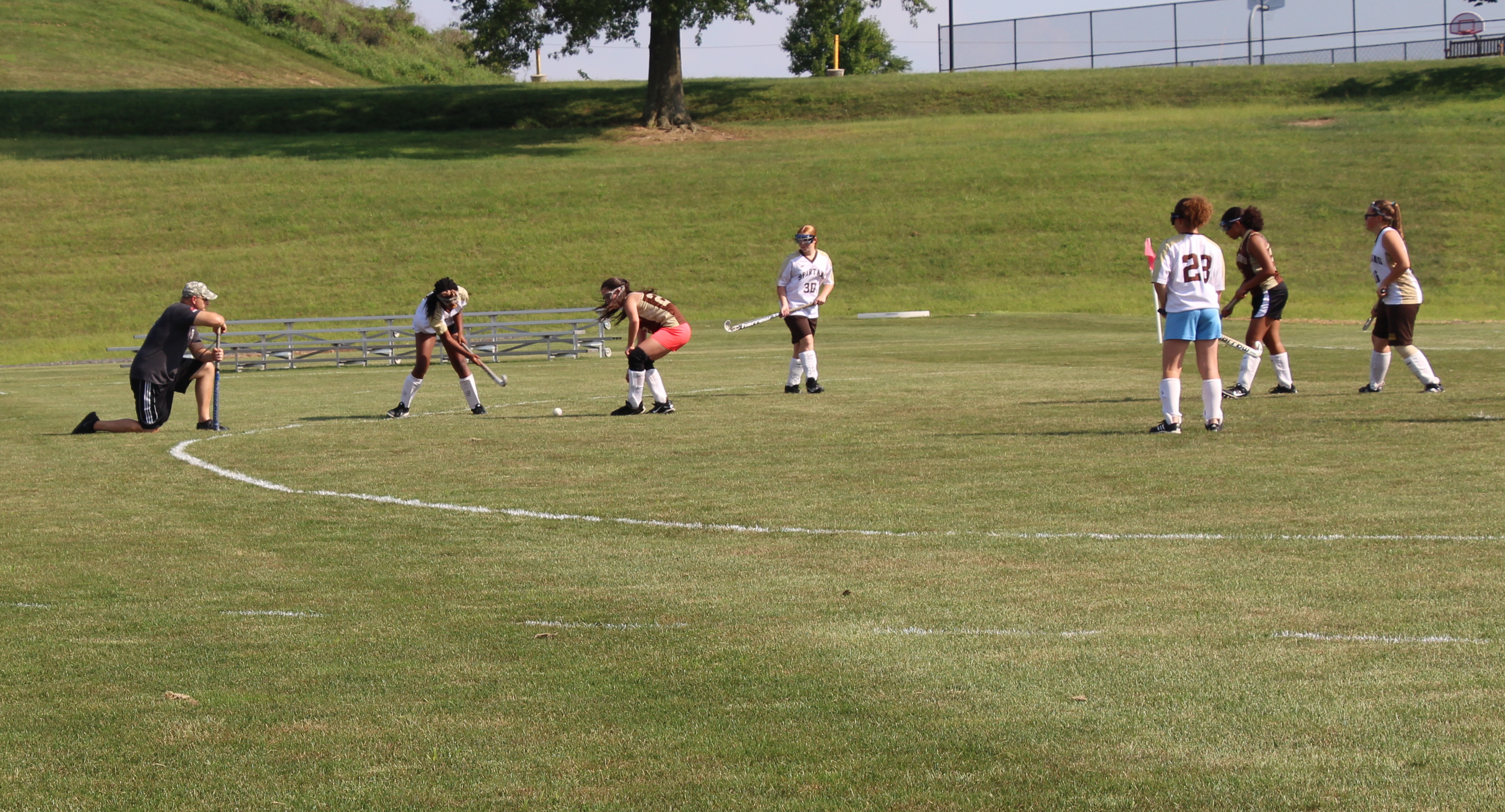 With pride comes confidence, and field hockey is giving them that. Whether it’s the confidence to move the ball up the field during a high-action game or the confidence to ask for help in class when they get stuck, MHS students are gaining skills they will use for the rest of their lives.

“Field hockey is a game of mistakes and imperfection. Too many females of all ages want to reach perfection and lack confidence. If you’ve ever been to a field hockey game, you know that the whistle blows a lot. However, we tell the girls to keep their heads up and continue to play,” Analyse said. “Field hockey is helping our students gain confidence and accept that they are going to make mistakes—how you handle them is what counts.”