At Milton Hershey School, there are no age limits when it comes to philanthropy. Students and staff across all divisions have been planning activities and events around breast cancer awareness since last spring. One of the culminating events took place during Breast Cancer Awareness Month. More than 300 MHS students and staff participated in the Making Strides Against Breast Cancer walk on Harrisburg’s City Island on Saturday, Oct. 19. They were the largest team in attendance and surpassed their fundraising goal of $10,000. Because of this, they were recognized as the top “Students for Strides” fundraising team. 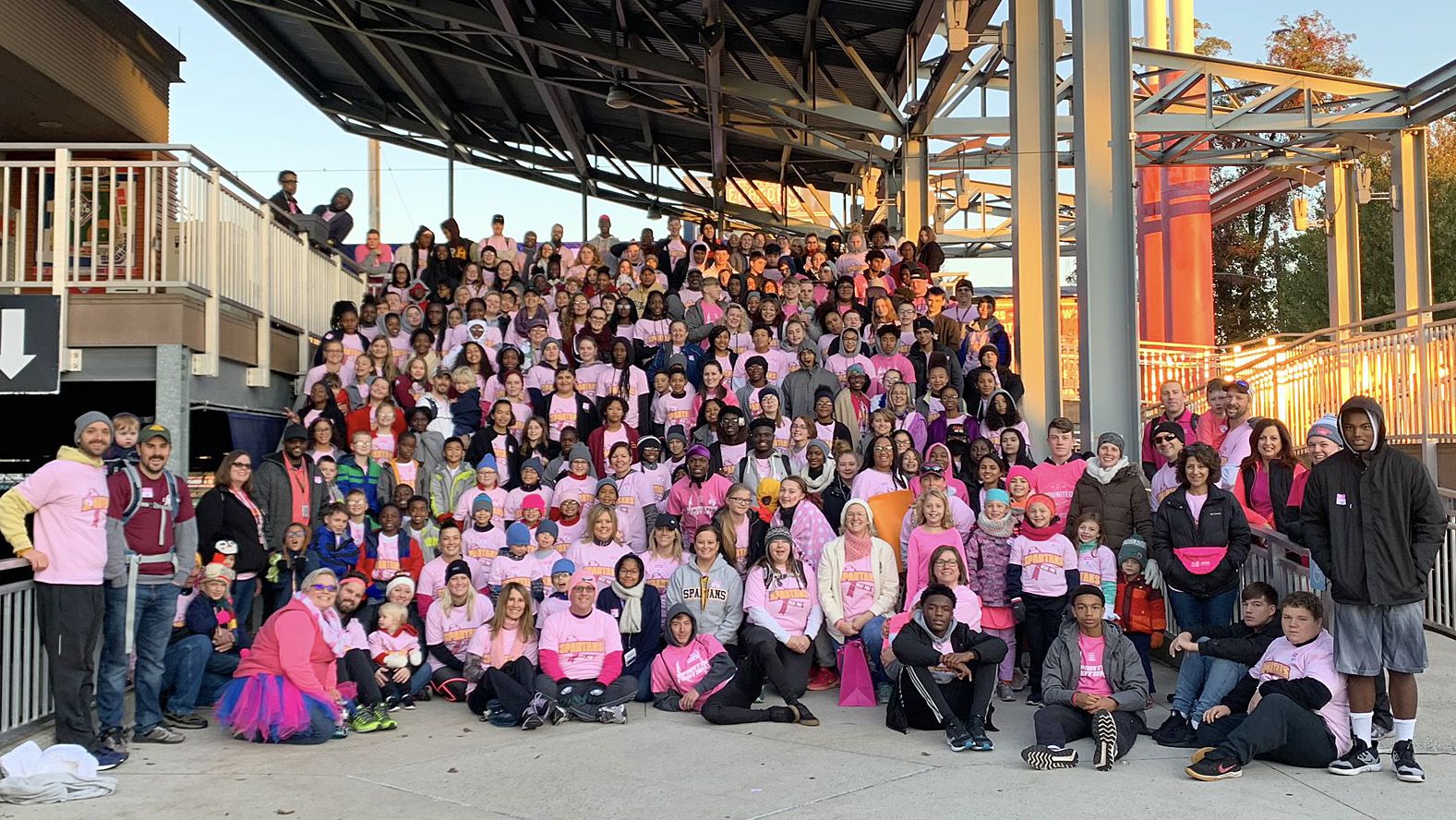 The American Cancer Society Making Strides Against Breast Cancer walks are nationwide fundraising events aimed at spreading awareness, funding research, and providing support for those who have or have had breast cancer. Participants form teams, raise money, and participate in one of the many non-competitive walks across the country. The Harrisburg event was near and dear to the MHS community not only because of its short distance from campus but also because many students and staff have personal connections to the disease.

“The more people who come to walk and the more awareness that we bring to the topic, maybe we could come up with the cure, help people who have breast cancer,” Celeste said.

More awareness is just what she discovered through her involvement in the MHS Student Government Association. Last spring, the junior SGA advisor John Karavage introduced to Celeste and her classmates the idea of participating in the 2019 Harrisburg Making Strides Against Breast Cancer walk. 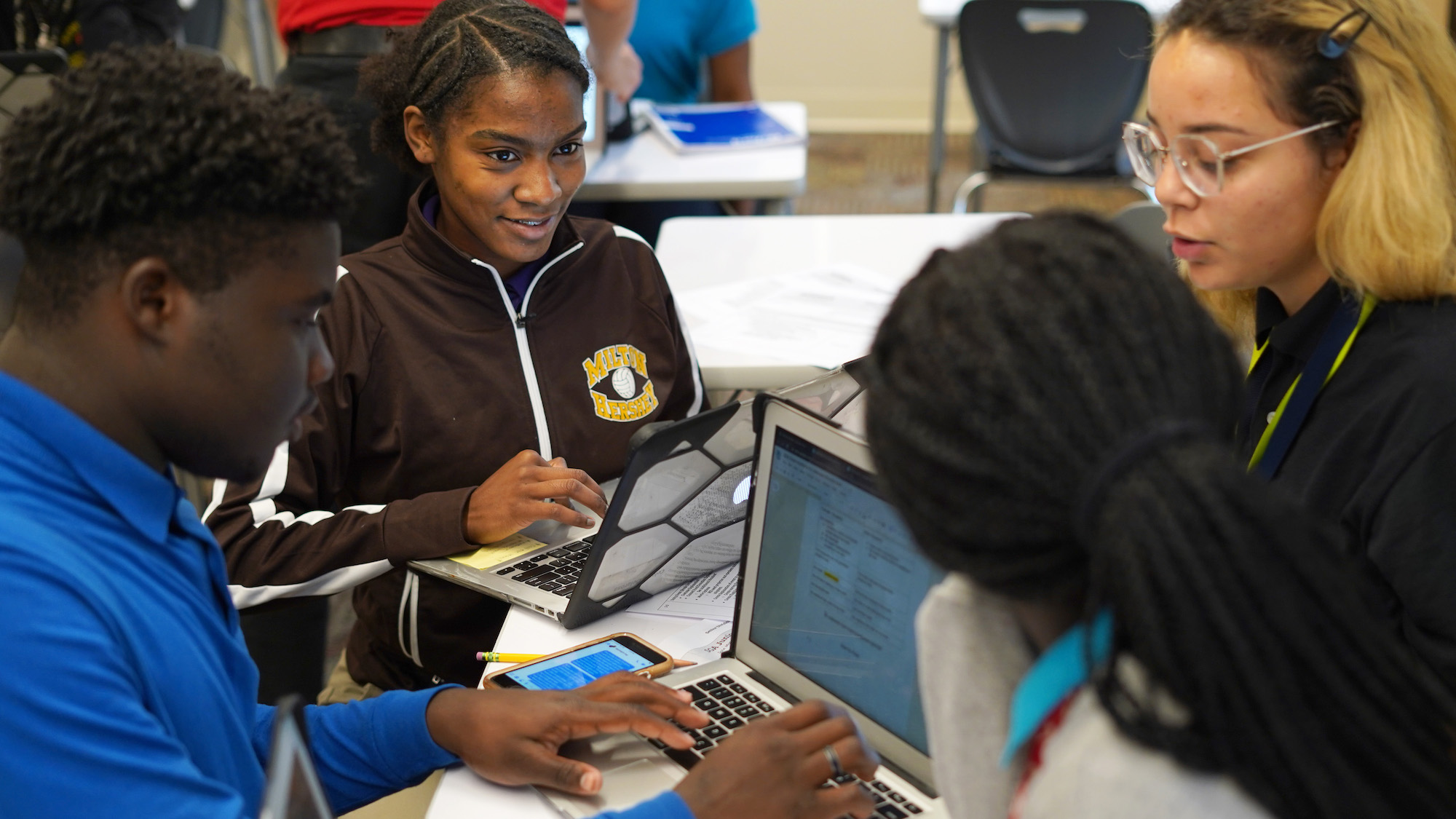 “They were very excited and they were like, ‘Yeah, let’s do it,’” Karavage said. “And then all of a sudden, the juniors started talking to their friends and other people started hearing about it. So over the summer, I met with the coordinators of Making Strides and we decided I was going to open it up to the whole school.”

Having heard this news, Celeste tapped into the camaraderie in her student home. As a result, everyone in her student home, including her houseparents and their two children, took part in the Harrisburg Making Strides walk. As part of the larger MHS community at the event, they set a tangible example of the Golden Rule and this year’s Opening of School Assembly theme “Be Golden.” 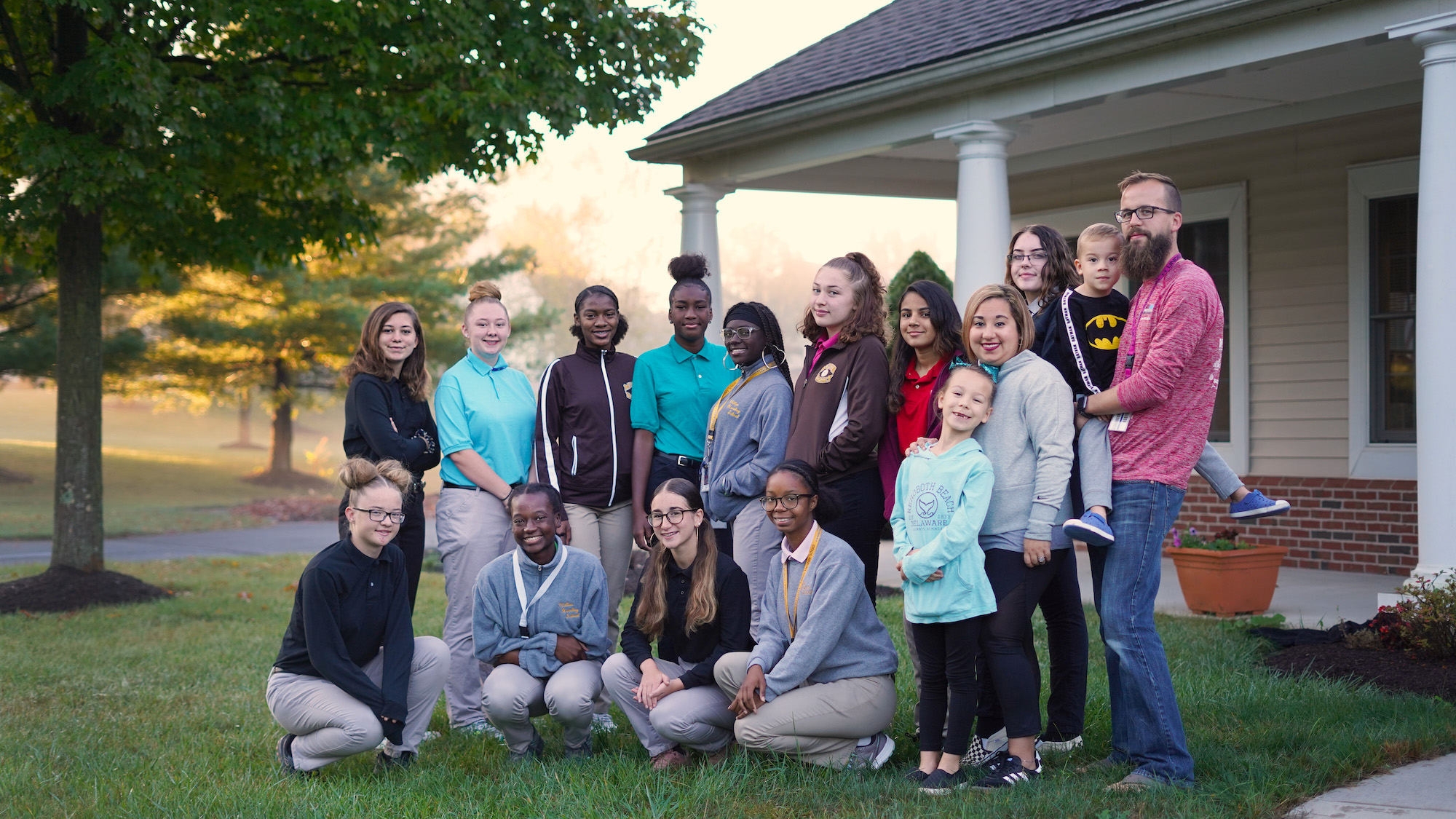 “The moral of this story is that we realized so quickly how our kids really grasp that idea of they’re here because of someone else,” Karavage said. “When they see other people needing it, they just latch on. And it was not surprising now this time to see that same thing with our kids saying, ‘Okay, other people are struggling. Other people might not have as much help that I have or as much support as I’ve now gotten. What can I do to help them?’”

In addition to the Making Strides walk on Oct. 19, the MHS community rallied in support of breast cancer awareness inside and outside of the classroom. As a member of the MHS volleyball team, Celeste spread awareness of breast cancer during the annual Dig Pink game on Oct. 17. In the classroom, Senior Division art students stayed after school one day to paint rocks with messages related to breast cancer awareness and “Be Golden.” The “Rocks for Hope” were placed around the MHS campus and along the course of the Harrisburg Making Strides walk to spread the message while also inspiring overall wellness.

“If you just walk around campus and maybe you’re feeling upset or down and you find a rock of encouragement, it can really be the spark in somebody’s day,” Celeste said.

As a student in the Health Science Career and Technical Education career pathway, Celeste has an academic understanding of wellness that makes her participation in events such as Making Strides and Dig Pink meaningful. She understands the value of taking care of herself and inspires others around her to do the same.

“I really feel like wellness is very important,” she said. “I want to become an anesthesiologist so I take wellness very seriously by being in a sport and eating healthy.”