MHS Community Inspired to BE GOLDEN During Opening of School Assembly

On Monday, Aug. 19, 2019, the Milton Hershey School community gathered to celebrate the start of a new school year. Students and staff were encouraged to “Be Golden” by living the Golden Rule, celebrating golden moments, and finding their golden opportunities—all in an effort to forge a golden future.

“Anyone can find the dirt in someone,” said President Pete Gurt ’85. “Be the one that finds the gold.”

The audience was asked to reflect on how they will choose to be golden this school year through inspirational videos and stories shared by students, staff, and alumni. Students, alongside Year-Round Experiences director Mike Campbell and YRE camp counselor Brenda Longsderff, shared how they followed the Golden Rule this summer. They spoke about the positive impact they had on low-income families in Fayette County, Pennsylvania through the school’s domestic service learning experiences and right here in Hershey by assisting local nonprofit Cocoa Packs.

Watch a recap of the 2019 Opening of School Assembly.

Alumnus Chris Worsley ’12 shared his journey as an MHS lifer. He also kept the crowd enthusiastic during the assembly as both DJ and performer, bringing the passions he developed as a student to the Opening of School Assembly stage. “I work at Elwin Davidson School right outside Philadelphia. It’s a school for the gifted—kids who are autistic, have dyslexia, or suffer from trauma,” he shared. “It’s because of the connection with youth at MHS that I believe if you reach one, you can teach one.” 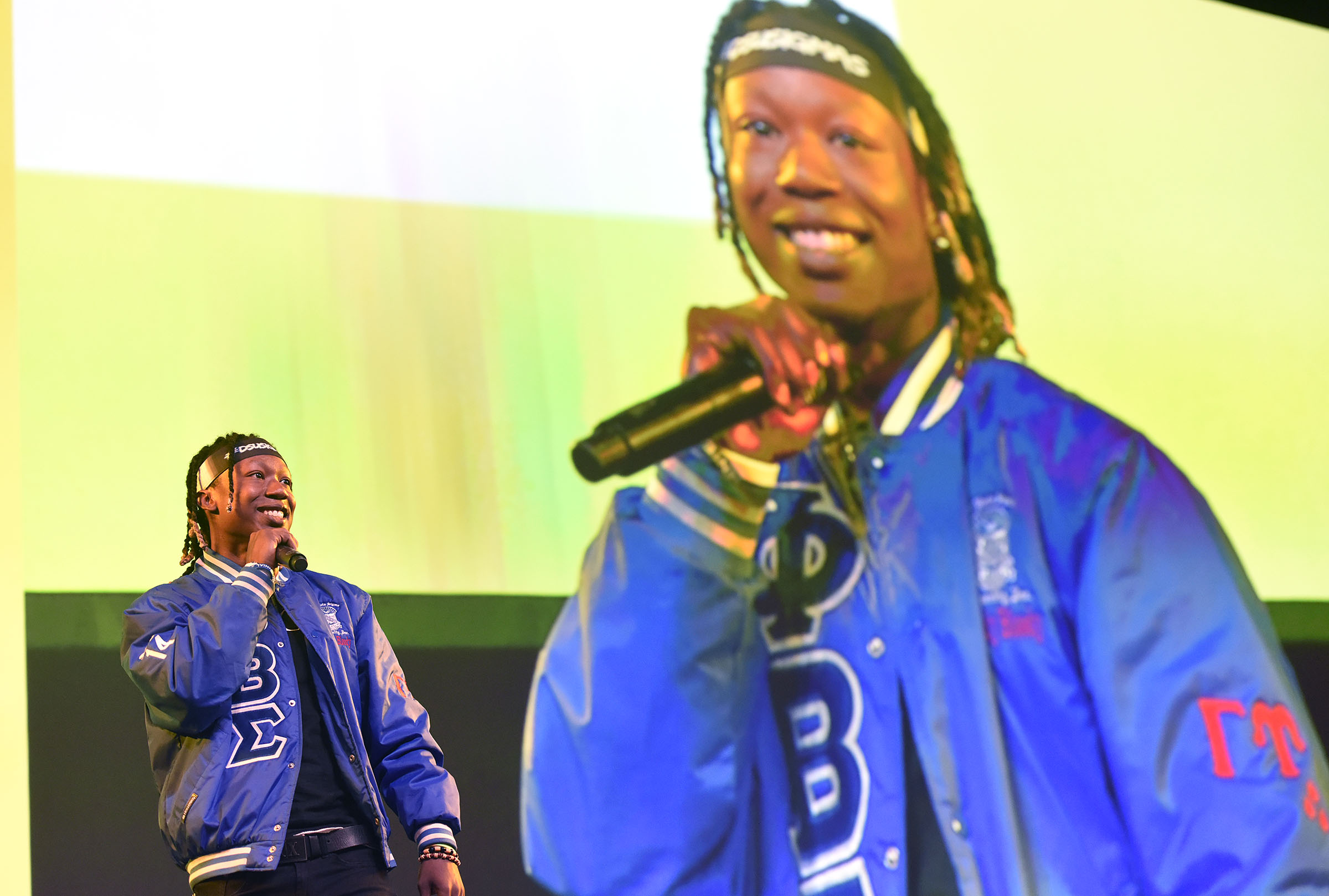 Woven through the assembly was the theme of kintsugi, the Japanese art of using gold to repair something that is broken and make it beautiful. A kintsugi artist, whose father-in-law graduated from MHS in 1958, shared her passion for the art and how it resonates with the MHS community.

“Our potential is almost always discovered and built during our toughest times,” said President Gurt. “What we learn from the art of kintsugi is that sometimes falling apart is actually falling into place.”

MHS senior Shawn Littleton was highlighted for his resilience in the face of adversity and his willingness to share the golden opportunities that MHS provides to other prospective students in his hometown.

MHS senior Laura Ierley also shared her golden story. After struggling academically, Laura had to repeat her freshman year. She found strength and inspiration from her adult mentors on campus. “During my second freshman year, I kept telling myself I wanted to do better but I was struggling with how to achieve that,” Laura said. “There were times I didn’t think I’d make it to my senior year. But thanks to the support that I got, I’m going to be back here at Giant Center on June 14, 2020 to graduate. Thanks to all of those who helped me forge my future. When I reach that day I’ll have the honor of wearing my MHS class ring.” 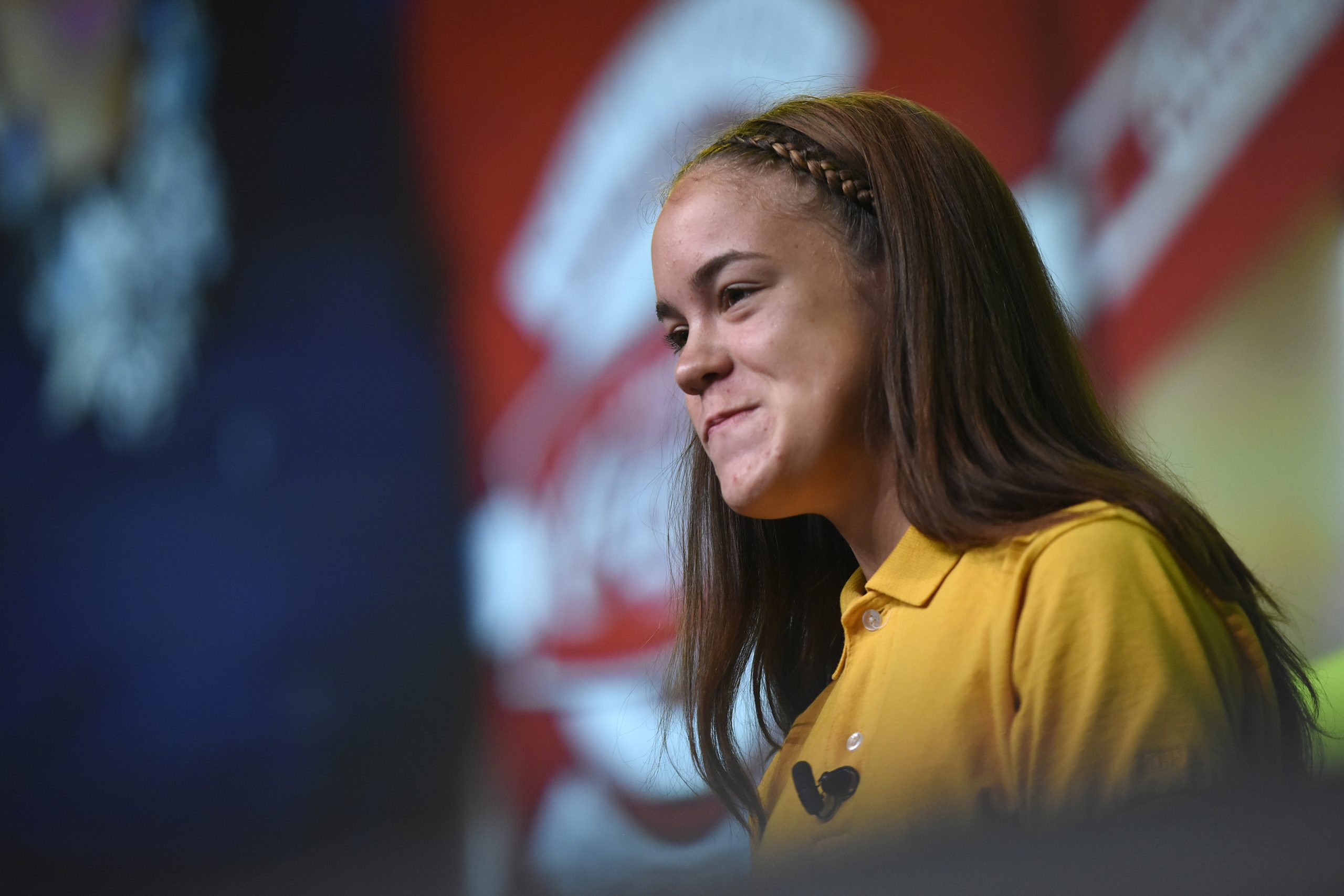 The assembly also featured a drum performance by alumnus Andre Sumler ’17, a current student at Berklee College of Music in Boston. The event concluded with the unveiling of new look for Sparty, the school’s mascot.

View a live stream of the 2019 Opening of School Assembly.