As an active fifth-grader from Bethlehem, Pennsylvania, Adrian enrolled at Milton Hershey School and was eager to get involved in athletics.

“I was always the fastest kid on the block. [At MHS], I started getting involved right away. I was always playing sports in the backyard. Eventually, I heard about the wrestling team and signed up in seventh grade.”

“I got cut shortly after because my grades were too low. I realized you can’t do the things you want to do if you don’t take care of [your grades],” he said. “I came back the next year in eighth grade and ended up being one of the star kids on the team.”

Coming back after experiencing failure wasn’t easy. Adrian constantly challenged himself and pushed himself to achieve excellence in the classroom and during wrestling matches.

“I had to learn everything over again and understand all the moves. I had some pretty good wrestling partners, and I always challenged myself by wrestling the toughest kids,” he said. 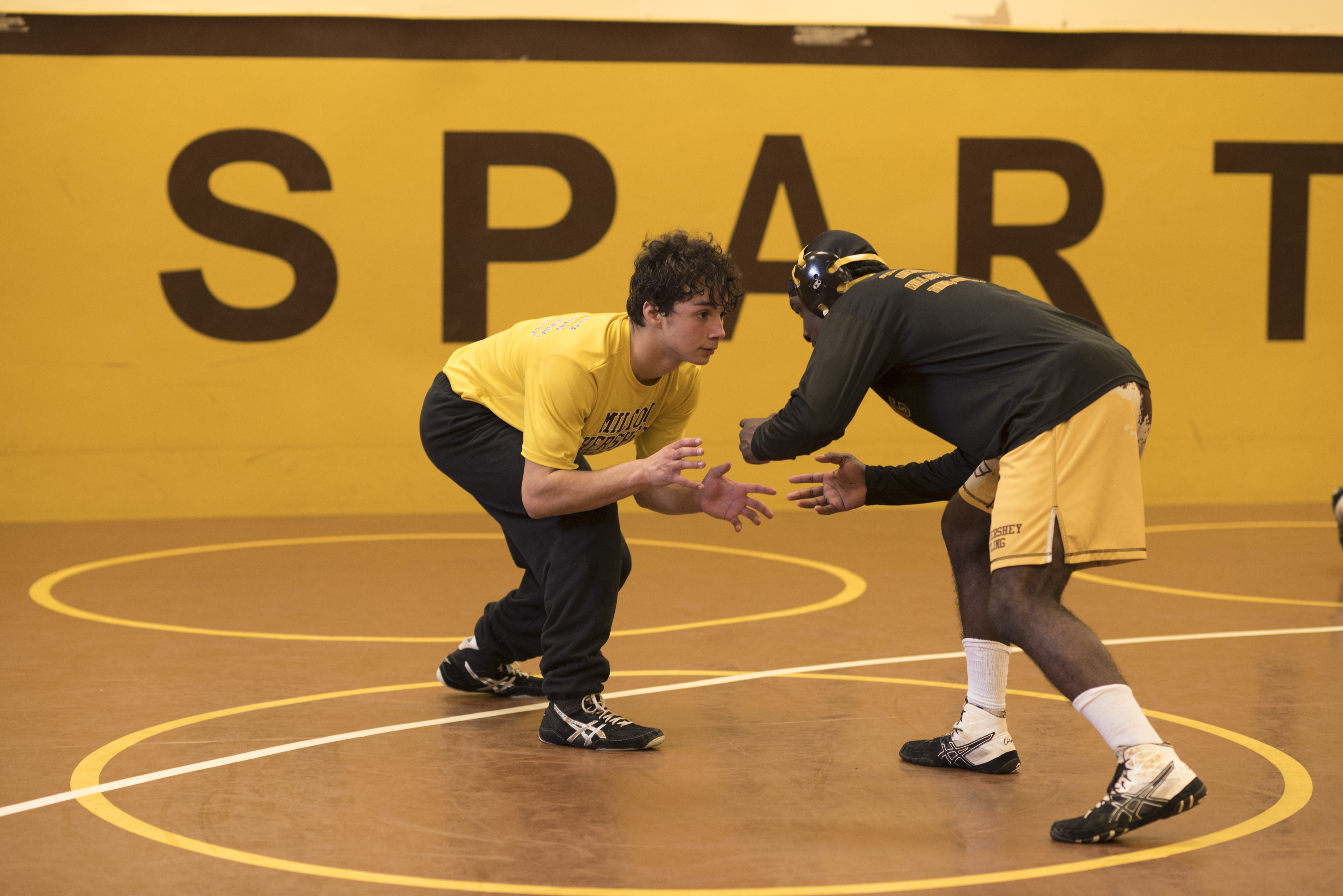 Once he entered high school, Adrian maintained his momentum and started all four years on the boys’ competitive wrestling team.

“I’m extremely competitive. I like dominating and letting people know that even though I started rather late in wrestling compared to other kids, I can still shine,” he added.

One way Adrian continues to shine is by committing to a strict training schedule—both on and off season. During the winter wrestling season, he completes three workouts a day and helps guide other students through their workout regimens.

“I love coaching wrestling and helping people get in shape,” he said. “I like seeing improvement, whether it’s with younger kids or older kids. I want to do that for the rest of my life.”

Adrian also plans to carry the bonds he created at Milton Hershey School with him throughout his college career—bonds that have taught him how to be resilient and understand the true meaning of community.

“The bonds and family atmosphere everyone creates at MHS really feels like a second family. It shows that family goes beyond blood more than anything,” he said.

Adrian enrolled at MHS in fifth grade from Bethlehem, Pennsylvania.