In the fall of 1918, the big news of the world was World War I, waging since the summer of 1914. The war officially ended on Nov. 11, 1918. Two days later, a momentous occasion occurred that made news all across the country and continues to impact Milton Hershey School to this day.

Nov. 13, 2018 marked the 100th anniversary of Milton Hershey’s decision to ensure the well-being and future of Milton Hershey School in perpetuity by placing the bulk of his fortune— 5,000 shares of equity stock—in the Hershey Chocolate Company (now the Hershey Company), in a trust for the school.

News of Milton’s gift did not reach public attention until five years later when it was picked up by the press and then a dollar amount was arbitrarily assigned to the shares. The earliest article found by the MHS archives published in the Harrisburg Evening News on Nov. 8, 1923 featured the headline, “$60,000,000 Gift Confirmed.” 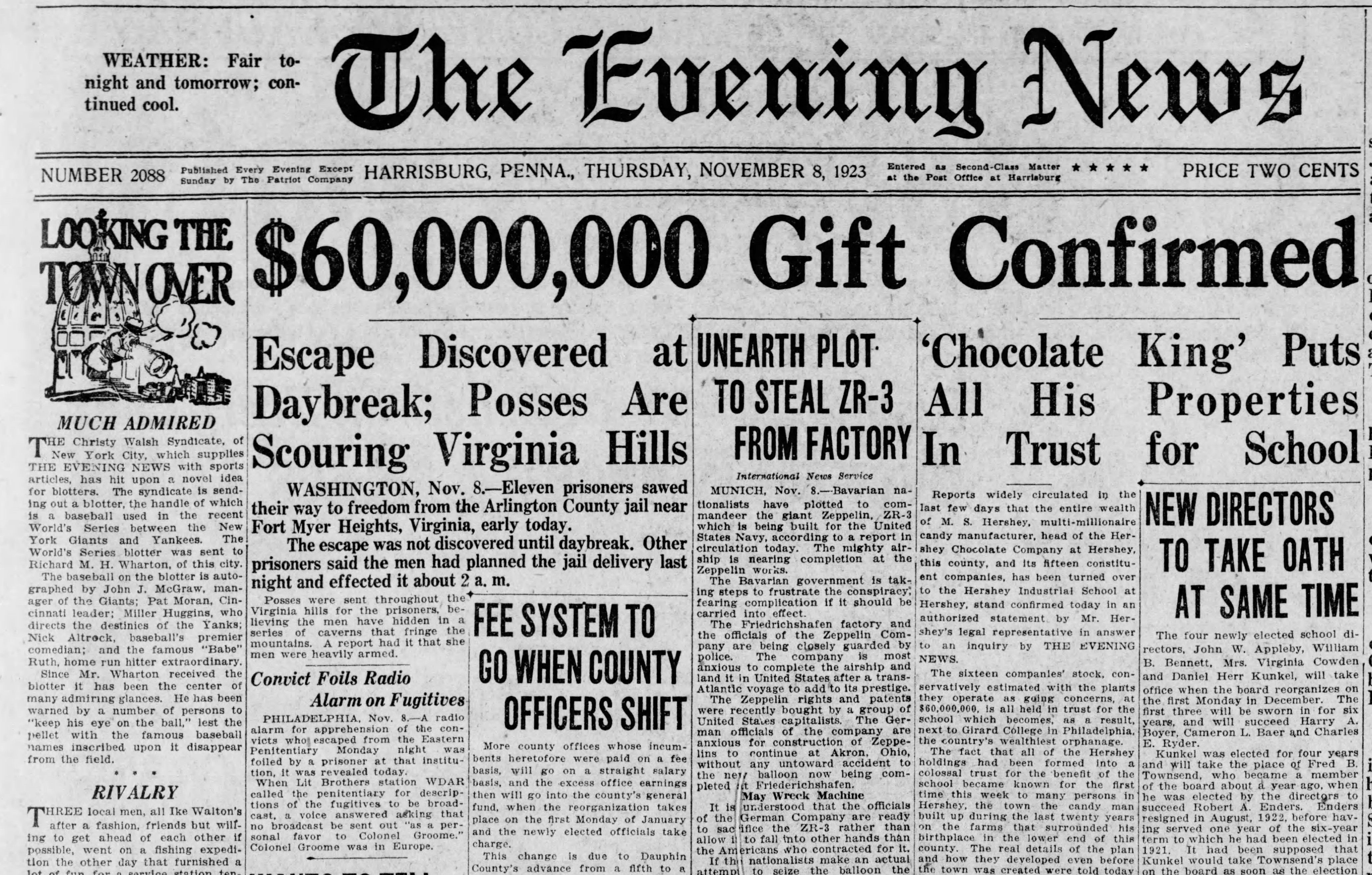 An article in The New York Times the next day and a subsequent full-page article in the Sunday edition on Nov. 18 brought attention to the school and small community of Hershey, Pennsylvania from all over the country. In addition to national magazine publications, people in towns large and small from New York City to Los Angeles learned about Milton Hershey’s generosity from their local newspapers.

More than 100 articles were printed about Milton Hershey’s gift and people were amazed at the philanthropy. The headlines expressed the general consensus:

Milton Hershey was quoted in many of the articles and expressed his reasons why he made such a historic decision in McClures Magazine:

“I never could see what happiness a rich man gets from contemplating a life of acquisition only, with the cold and legal distribution of his money after he is gone. For myself, would I find any further zest in accumulating wealth? No, but now I am more interested than ever in maintaining and improving the morale and efficiency of all my companies. I want to devote the rest of my life to that end, for the school.” 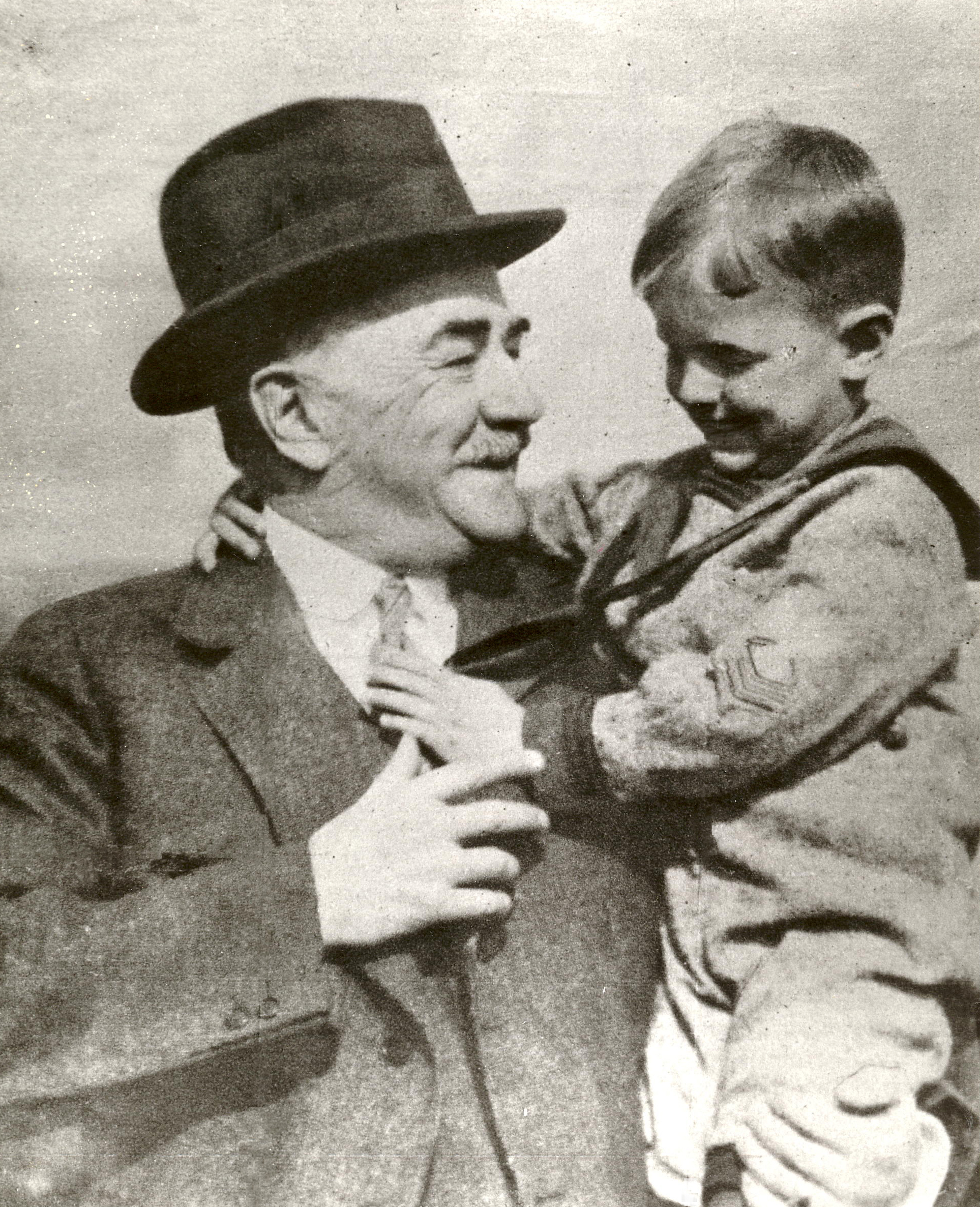 Each year, the MHS community celebrates both Milton and Catherine Hershey for their vision in founding the school. Today, MHS continues to provide a top-notch education and nurturing residential environment to children from low-income families. Read more about our school’s history.