When Andre Sumler enrolled at Milton Hershey School as a freshman, he was already passionate about music.

“My entire childhood was music,” said Andre. “If I wasn’t singing, I was playing the drums. I learned [to play] from watching other drummers and from YouTube.”

A few months after arriving at MHS, Andre walked into the band room, found a drum set, and started to play.

“The band director came in and caught me playing,” Andre explained. “I hadn’t played in three months and I was excited. He talked me into playing in the jazz band and after that, so many other doors opened for me.”

Andre found opportunities to play with the school’s praise band, the guitar ensemble, gospel choir, and at local churches.

As a senior, Andre expanded his music skills when he played alongside the 2016 Alumnus of the Year Johnny Mills ’75 during the Homecoming halftime performance. Mills, a renowned musician, discovered his gift for music while at MHS and now lives in Nashville, Tennessee and records with well-known musicians. 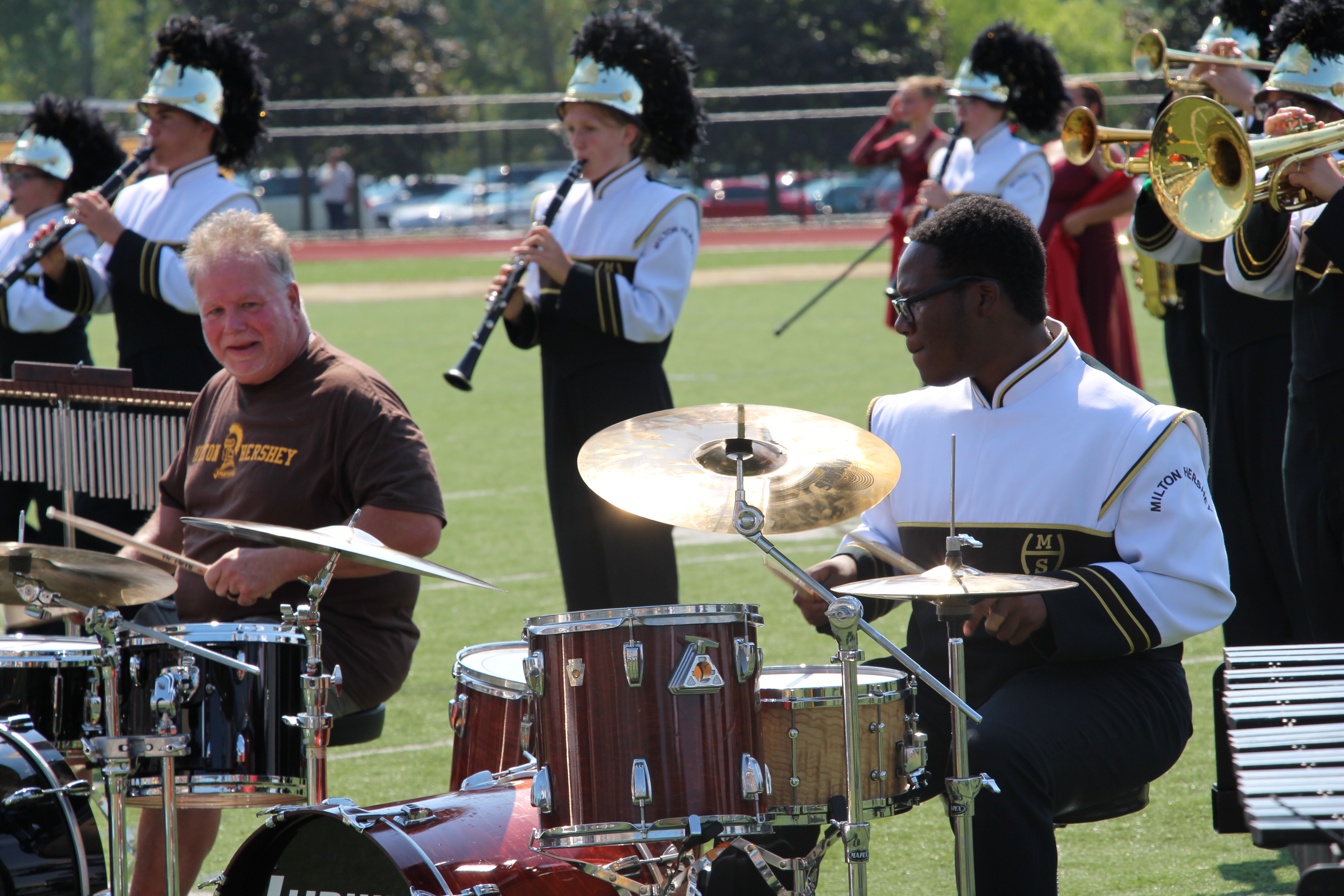 “I had four hours to practice with him [before the Homecoming performance] and I learned so many things,” said Andre. “The coordination between us looked pretty awesome visually. I’m right-handed and he’s left-handed, so when we sat on the field during Homecoming it was an exact mirror. It was really cool.”

Andre found a mentor in Johnny. When he applied to the Berklee College of Music in Boston, Massachusetts, it was Johnny who helped him prepare for the audition.

“We collaborated over the phone and worked together on techniques I used during my audition,” he said. “With him being there, supporting me, being my dictionary for drumming, it helped. He was one of the primary reasons I felt so confident walking into that audition.”

Andre was accepted to Berklee College of Music. After graduation, he wants to tour the world and play the drums, piano or organ, and record music. After that, he wants to teach music and possibly return to MHS.

For MHS students interested in the arts, MHS offers opportunities at each grade level through the Visual and Performing Arts program. They can get involved with band, choir, dance, drama, and art programs, all at no cost to the students or their families.