A Career Through Conversation

Having grown up in Manheim, Pennsylvania, Rob Timlin knew that Milton Hershey School existed, but would not know the impact the school could have on a child’s life until many years later. Rob was studying for his counseling license at Cairn University when he learned about a job at MHS that would allow him to mentor high school seniors as they prepare to begin the next journey of their lives.

Rob joined the Transitional Living (TL) program at MHS in 2017 as a transitional living assistant (TLA) with the hope of guiding graduating seniors through the ups and downs of young adulthood.

“Every year I watch 20 people that are about to enter the world and have unlimited options in what they are doing next,” shared Rob. “So, that forces me to be honest with myself and what I will choose to do with the rest of my life.”

After two years working as a TLA, Rob is excited to begin another school year as he takes part in the organization of curriculum, structured activities, and mentorship. Rob enjoys the role he is able to play in the program and the unique conversations he gets to have along the way.

“I really enjoy when the students have conversations and they talk to us about what is coming up for them, or their relationships right now, or the things that they are freaking out about,” said Rob. 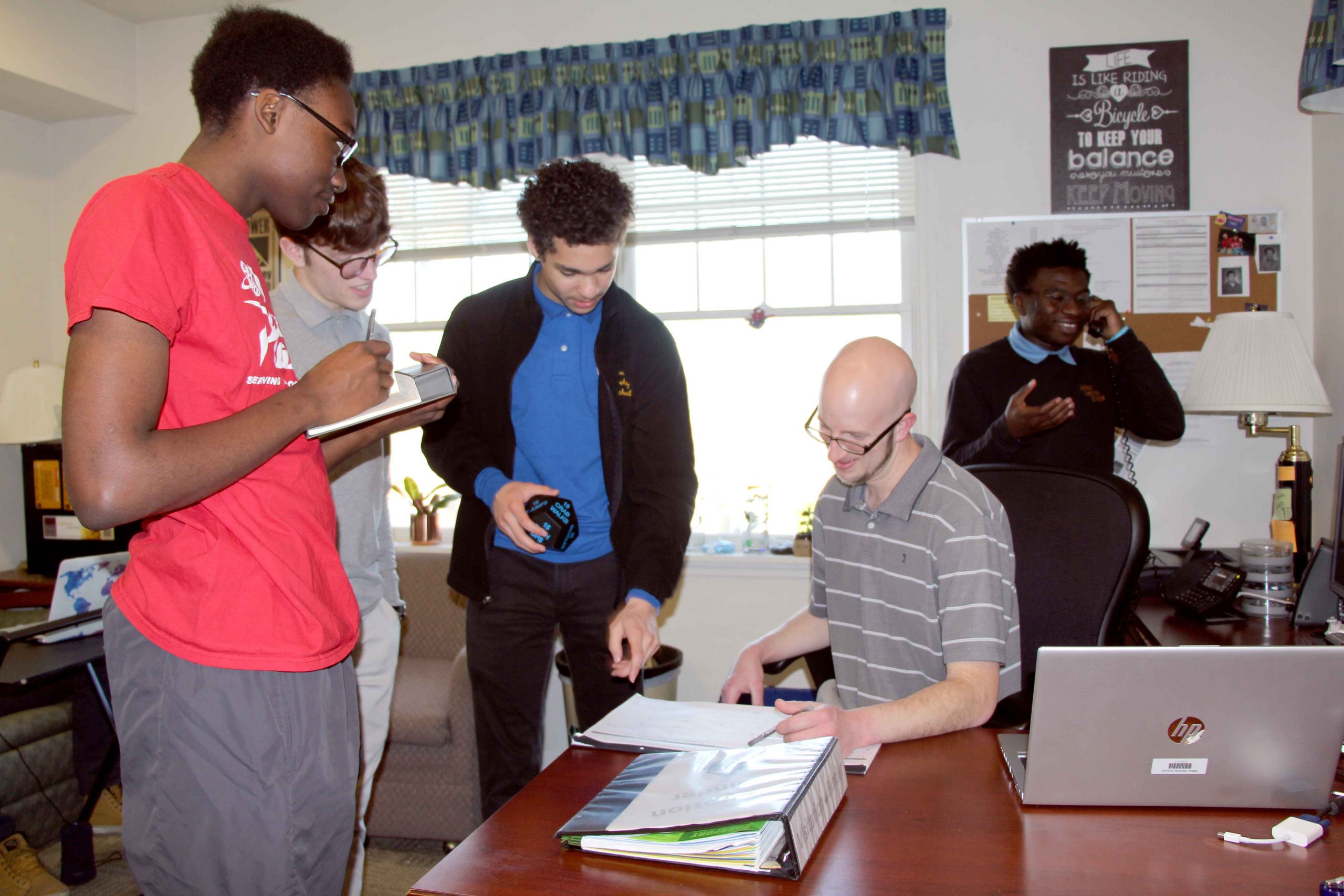 Rob is diligent in how he interacts with his students in an effort to make them think for themselves. He makes sure to ask lots of questions to make them recognize the choices they have in front of them and allow themselves to come to their own conclusions.

“For example, students will come talk to us about how to fill out a college application, but we don’t help them figure out how to do it, because they can do that,” said Rob. “It makes them think more and create their own path.”

As a TLA, Rob works with two other staff members who comprise a team of support, knowledge, and assistance for the high school seniors in their care. On a daily basis they teach skills including time management, budgeting, responsibility, and academic skills to help their students be prepared for the world outside of MHS.

Each TL facility has four or five apartments where students reside with separate apartments for the staff. Every facility forms a community built on trust, respect, and a common goal: to become prepared for the next step.

“Being a TL staff member takes a lot of time, but it is a privilege to walk with students who are about to launch into adult life,” shared Rob. “To be able to have conversations with people who are in high school and are about to leave and seek independence is so rewarding.”