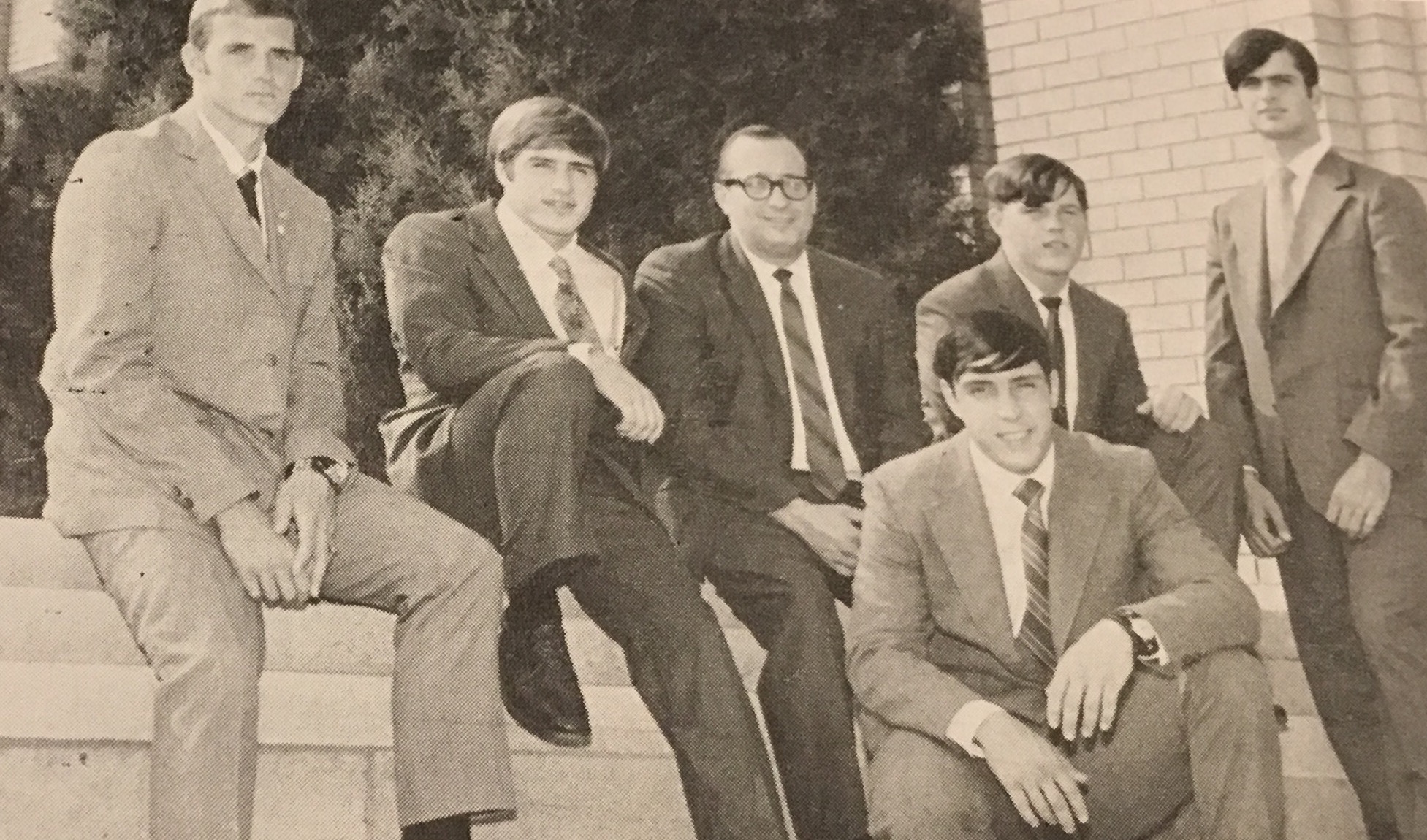 Sean Ryan ’71 (pictured on the right) stands with his student body officers.

My story is very similar to that of many of my classmates. I grew up in a fatherless home in a coal-mining region of western Pennsylvania—a small town called Bobtown—with very few options except to work in the coal mines. My mother was a secretary for the local school district and came across some promotional information about Milton Hershey School. Of course, I didn’t want to leave home but my mother encouraged us to visit the school—she was relentless and strongly encouraged me to enroll even though I could tell it was breaking her heart to see me go. 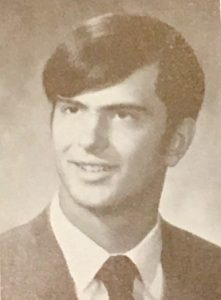 I remember the day my mother drove away and left me at student home Bonniemead. It felt like my entire world had collapsed and here I was with boys I had never met before and an adult couple who introduced themselves as my new houseparents. It wasn’t long after I moved into my student home that the Harpers, my new houseparents, came into my life.

The Harpers also were from western Pennsylvania and had many of the same interests as me. In a very short time, I really bonded with them.  Although I wouldn’t admit it at the time, my housefather was the father I never had. My house mom was almost as close to me as my own mother. They were there for me when my girlfriend dumped me, when I made the football team, and when I was elected student body president.

“I can honestly say that they, along with my mother, MHS staff and administrators, were responsible for the educational, vocational, and family success I have experienced throughout adulthood,” he said.

After graduating from Milton Hershey School in 1971, I was fortunate enough to get accepted at Juniata College where I also excelled in football and academics. However, even when I was at college, I would spend many weekends with my former houseparents who continued to make sure I had my priorities straight. 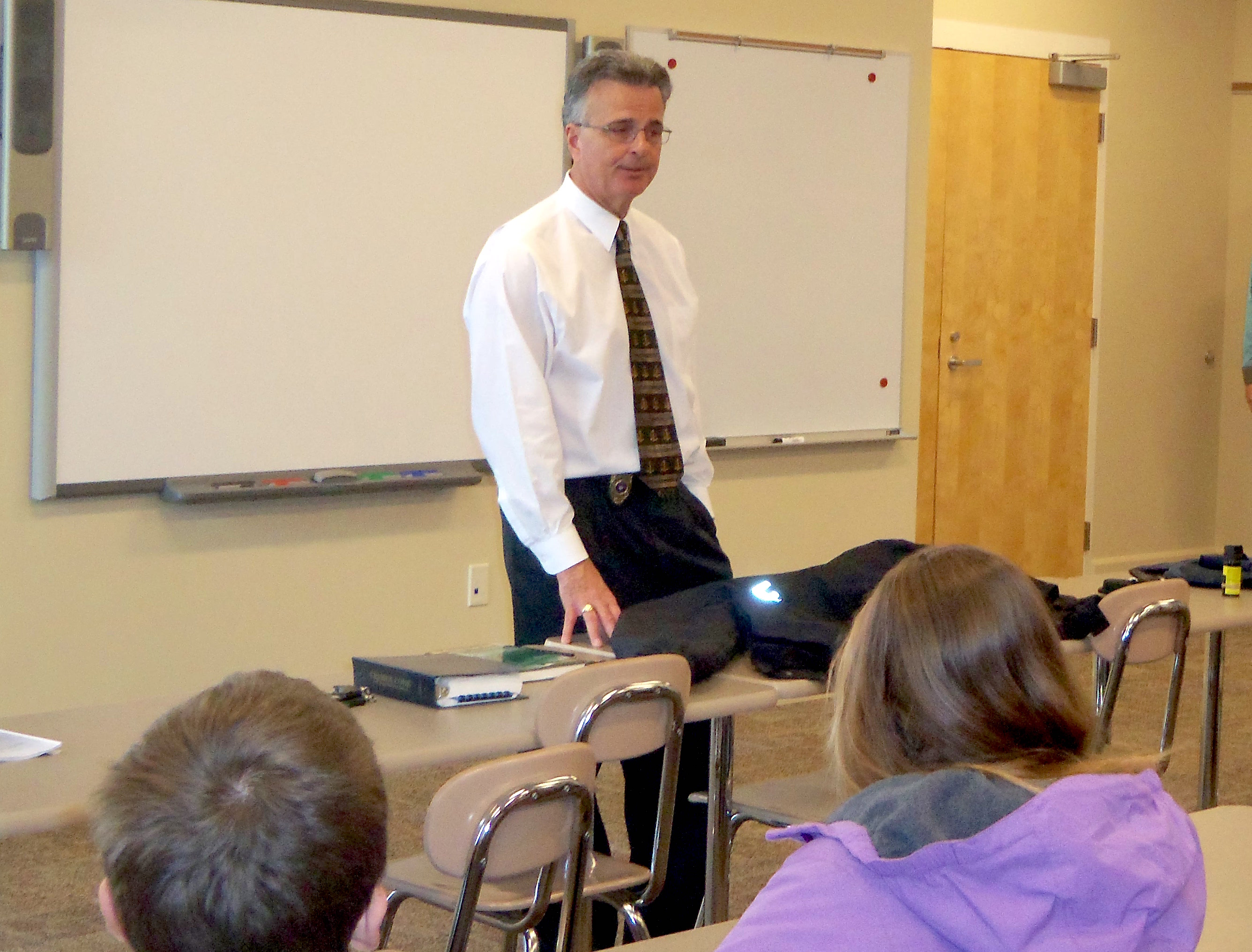 Sean often visits MHS and speaks to students in the classroom and at Career Day events.

With the continued support of my mother, houseparents, and many others from MHS, I was accepted into graduate school at Lehigh University in their social restoration program. As part of my educational experience, I completed an internship at the State Correctional Institution in Graterford, PA. Although my initial plan was to go to law school, my goals changed with that internship. I realized I wanted to work in either social work or probation/parole. 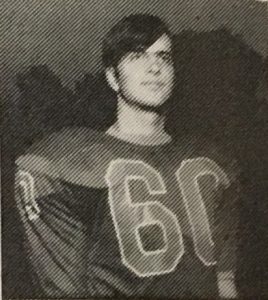 I am now starting my 41st year in probation, parole, and consulting work. During my career, I was nominated by Governor Tom Ridge to the State Parole Board where, after confirmation by the Pennsylvania Senate, I served two terms. I eventually returned to Bucks County Adult Probation/Parole as the Chief Adult Probation/Parole Officer where I have worked on and off for 28 years. I have also taught criminal justice courses at Temple University as well as Bucks County Community College.

Most importantly, I have been married to my wife and life partner, Twyla, for 40 years. We have been very fortunate to have adopted two children. Every summer I get together with my MHS friend for life, John Whitehead, and his family for a gathering. John and I organize class reunions every five years and try to keep in touch with our classmates as much as possible.

I had a strong 40-year relationship with my houseparents. Mr. Harper passed away first and Mrs. Harper a few days later. I visited her a few days before she died, and she told me she loved me like a son. I told her my life would not have turned out the way it did without the love and support of my mother and “Mom and Pop Harper.”

“As I get older, I take the time each morning to reflect and I always take a few minutes to pray for the people who have been instrumental in my life, he said. Without exception, the names of Milton and Catherine Hershey are always at the top of my list.”