From the moment Haley Dennis ’15 saw an airplane takeoff, she knew that flight was in her future. What she didn’t realize was that her flight path would include moving 500 miles away from home at the age of 13, another 1,000 miles away to attend college and the loss of a job due to the COVID-19 pandemic.

“I always had this big dream of becoming an airline pilot,” she said. “From the moment I first saw a plane, I knew that’s what I wanted to do. In fact, when I was a baby, my mom would take me to the local airport to watch airplanes take off and land to get me to stop crying and from that point on, aviation was it.”

Growing up in New Hampshire, raised by a single mom, Haley said she and her mom went through a lot of struggles. There was drug and alcohol abuse in the family and not a lot of money—but she and her mom were determined to create a better life for themselves.

“I went to a school in New Hampshire where the dropout rate was 50 percent and there were a high number of teenage pregnancies. I knew I needed something better for myself,” she said.

Haley and her mom researched private schools in New England, but with the cost of a private intermediate and secondary education being equal to a college education, there was little she and her mom could do. Then out of the blue, a postcard arrived from Milton Hershey School for a dinner in Concord, New Hampshire. 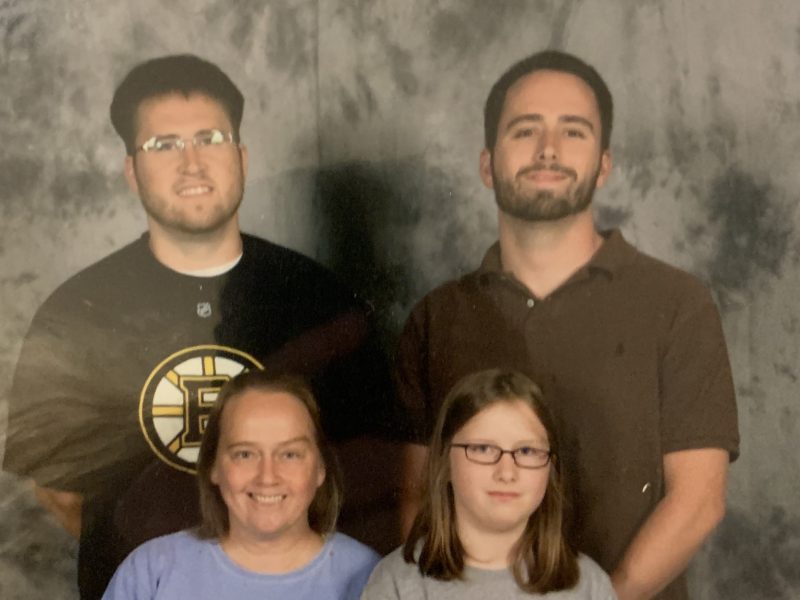 After attending the informational dinner, she applied, toured the campus, and enrolled the following year.

During her high school years at MHS, Haley was involved in sports, student government, and dove into her academics. She credits the girls in her student home for empowering her and setting her on a good path.

“I was a troubled kid when I first arrived at MHS,” she explained. “I would cause trouble and get detention, but then something clicked my freshman year. I was surrounded by a great group of girls in my student home, who were positive role models, fun to be around, and athletic. They turned my MHS journey into a positive experience and made me the person I am today.”

The girls in her student home weren’t the only ones who influenced her life. She also credits her MHS high school softball coach, physics teacher, and math teacher for being positive influences in her life and people who never gave up on her. 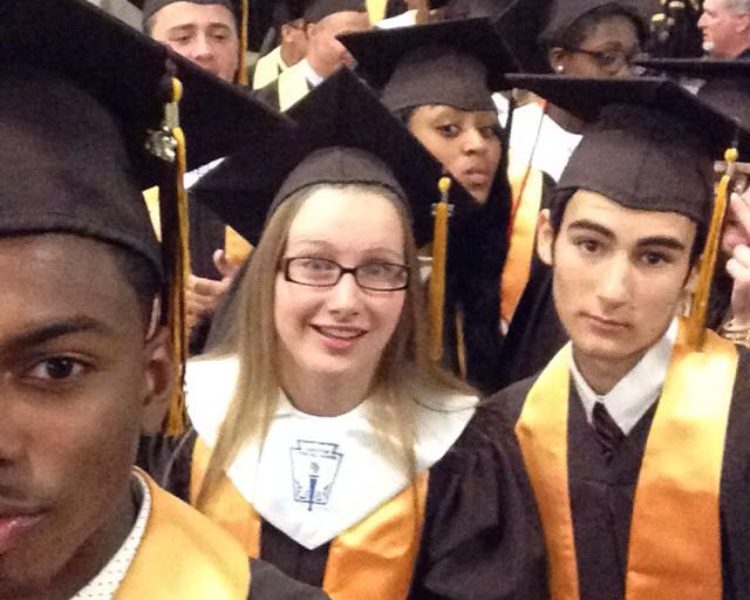 “My high school math teacher and I created an aviation connection,” she said. “She was always amazed by airplanes and her husband is a pilot. We grew close because she believed in my dream [of becoming a pilot] when a lot of people did not. Coming from my background, I was told I could never be successful in the aviation industry because it’s tough, but she always encouraged me and would engage me in conversations about aviation to keep my mind wandering.”

After graduation, Haley moved to Daytona Beach, Florida to attend Embry-Riddle Aeronautical University to begin flight training. She pursued a degree in aeronautical science which prepares graduates to become a pilot and pursue a career in aviation.

“I very quickly realized that to become a pilot I needed to spend a lot of money to get my private pilot’s license,” she said. “This was on top of my tuition. Plus, because I didn’t have any money growing up, I never actually tried to fly before, so I made the executive decision to change career paths.”

At the time, Haley was minoring in air traffic control. She dove into that side of aviation with the classes and labs and realized that’s where she truly found her passion—not in becoming a pilot.

“That was a big turning point for me,” she said. “I had always dreamed of being a pilot. When I changed direction, I felt like I was letting other people down and myself down, but I realized that my passion is more important than other people’s dreams for myself or my original dream.” 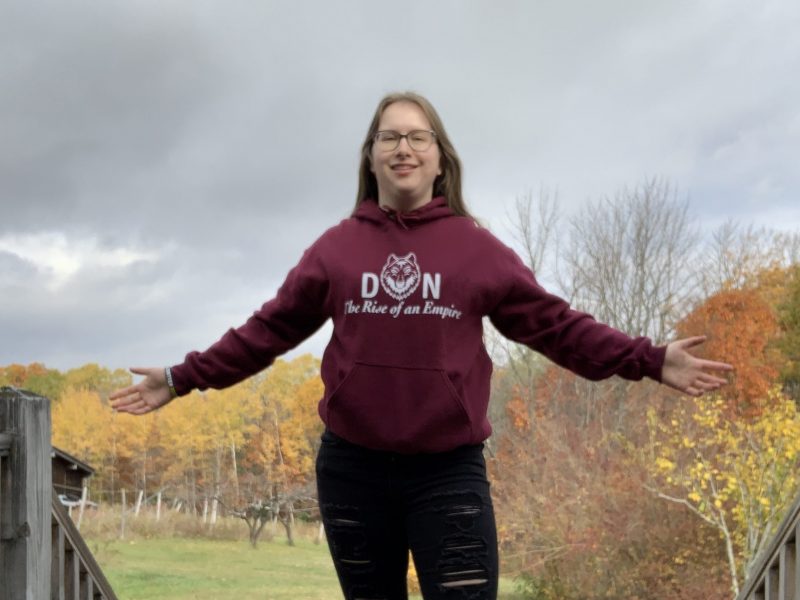 After graduating from college, Haley worked in the aviation industry in Oklahoma and Florida. When the COVID-19 pandemic hit, she was laid off.

“It was sad. I was unemployed but I kept thinking, other people are unemployed too,” she said. “Then, almost immediately, I resorted back to my Milton Hershey School mentality where nothing is given to you, you have to earn everything.”

Haley worked on improving herself and her resume. She went to virtual recruiting sites and found a job as an air traffic control specialist. She applied and a day later she was offered an interview and landed the position.

“The Milt came out in me,” she said. “What I mean by that is my determination, hard work, grit, and perseverance—all the skills I learned at MHS is what ultimately drove me. When we’re down or pushed against a wall, we dig down to those MHS roots and the mindset we learned at MHS to put ourselves in a better situation.”

Haley said the turning point for her in her life was when she came to MHS because while here, she found people who really believed in her because at the time, she didn’t believe in herself. 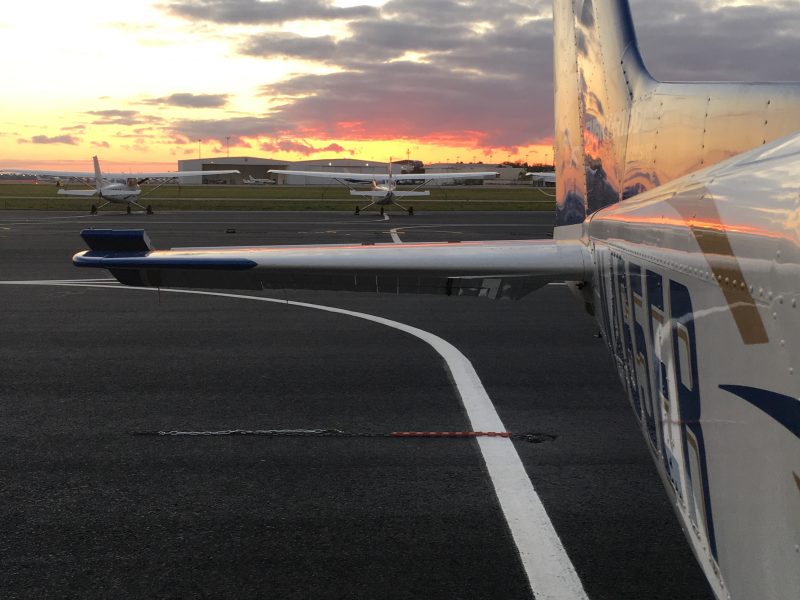 “I feel obligated to make a positive impact on those around me and I know I can make a bigger impact when I’m a positive influence,” she said. “Mr. Hershey was all about giving back. He started Milton Hershey School because he couldn’t have kids of his own and gave everything to those kids. That’s always in the back of my mind and is what drives me—it’s the bigger picture because it’s not about me.”

Haley has dreams of becoming an air traffic controller for the Federal Aviation Administration (FAA). At some point, she also would love to give back to MHS by starting an aviation club.

“Milton Hershey School saved my life. I would not be where I am today, have the positive mindset that I have today, or the people in my life that I have today if it wasn’t for the school. My world and the positive impact I’m having on my local community is because of the legacy of Mr. and Mrs. Hershey. They wanted to help 100 kids but helped so many more. I often think about the impact our thousands of alumni have within their local communities and it is far greater than [Mr. and Mrs. Hershey] could have ever imagined.”