Milton Hershey School named Drew Wolf ’85, of Philadelphia, as the 2013 Alumnus of the Year.

Recipients of the award have demonstrated humanitarianism and exemplary service to others, achieved distinguished service in their careers, and exhibited high standards of achievement both personally and professionally. The Alumnus of the Year serves as a role model for MHS students and an example of achievement to which they can aspire.

An entrepreneur and philanthropist, Wolf holds a bachelor’s degree in marketing from Temple University and is the founder and president of League Collegiate Outfitters, Bridgeport, which creates licensed collegiate sportswear for more than 3,000 universities. Established in 1991, the once home-based business now employs more than 400. Wolf and his partner, Larry Klebanoff, celebrated the company’s 20-year anniversary in 2011. 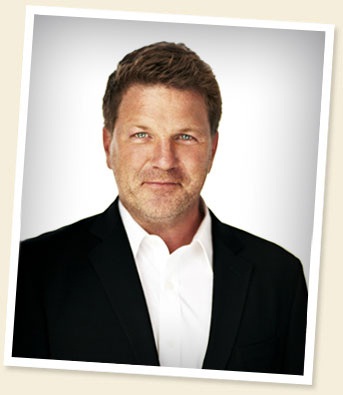 League Collegiate Outfitters has been named two times as one of Philadelphia Business Journal’s “100 fastest-growing companies” and also received a nomination for the Small Business Administration Phoenix Award, a national award given to companies for overcoming a disaster. The company actually has survived two disasters: flooding from Hurricane Floyd in 1999 and a fire in which Wolf lost everything.

Wolf also is the founder of League Central America in El Salvador. The company was formed when one of League Collegiate Outfitters’ suppliers in Guatemala unexpectedly closed. Wolf and Klebanoff hired some of the upper management of the closed factory and moved the business to El Salvador.

League Central America (LCA) produces more than a million units a year. But LCA is more than a factory. It provides education and childcare for employees and accessible housing and accommodations for disabled workers.

In the United States, League Collegiate Outfitters launched and continues to support “Our Cause is Your Cause,” an initiative giving 50,000 free T-shirts to support student organizations at colleges and universities.