As an eighth-grader, it was difficult for him to move to a more rural setting and structured environment. However, after facing multiple challenges, it was his love for basketball that helped him find his place on the MHS campus.

“During my freshman year, in a two month span, my dad passed away and I got cut from the basketball team,” Churon said. “After that, I worked out a lot and tried to get better. I didn’t want to waste any time. Eventually, I made the team the next year.”

Churon’s ability to overcome failure taught him how to be resilient and showed him the power of positive thinking—traits that helped him achieve success in the classroom and on the basketball court.

“Be resilient—everything is temporary,” he said. “Have faith at all times in yourself and in your situation.”

Thanks to his teammates and coaches at MHS, Churon also found a strong support system and learned how to be a team player.

“We all pushed each other to do better. Some of us weren’t strong in academics while some of us really excelled,” he explained. “We all helped each other and had a really good sense of camaraderie. We wanted the team to win. For that to happen, everyone needed to be there.” 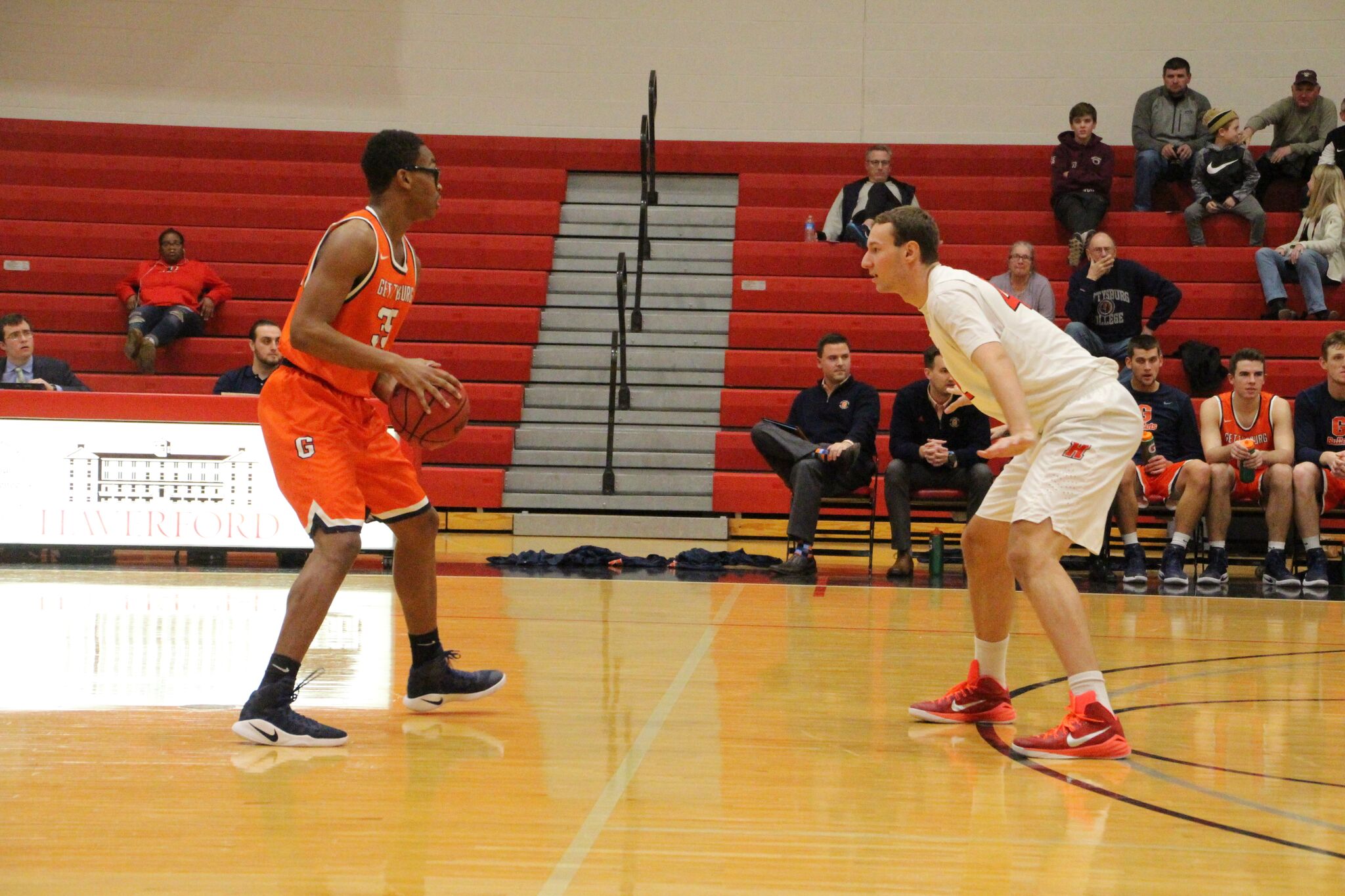 When Churon graduated from MHS in 2016, he furthered his education at Gettysburg College and also continued his athletic career. He joined the basketball team during his freshman year and continued to devote himself to getting better.

“In basketball, you’re only as good as what you practice,” Churon said. “I love the work I put in, so I enjoy seeing it work successfully [on the court]. It’s a sense of freedom.”

Churon’s work ethic and dedication to self-improvement translate to the classroom as well. As a pre-med major, he hopes to become a physician or physician’s assistant. After working with children over the summer, Churon also discovered his passion for helping children and hopes to specialize in pediatric care.

“I really enjoy [working with] children. This past summer, I taught basketball for eight weeks in Maine and counseled the kids every day. It was an amazing experience,” he said.

Whether he’s interacting with children or motivating his teammates, Churon’s goal is to be a role model. He lives by the mantra that, “In all aspects of life, make sure you love the work you do.”