Arielle McInnis-Simoncelli ’07 enrolled at Milton Hershey School in 1995 as a first-grader. Coming from a life lacking opportunity, Arielle, her sister Jasmine ’08, and their mother dreamed of a future driven through education.

During her 12 years at MHS, Arielle found her passion for music as a choir and band student in elementary, middle, and high school. She has fond memories of being a Girl Scout as a young student. Through these activities and more she found mentorship and role models in MHS staff, teachers, and houseparents. It was the lessons she would learn through these relationships that would cultivate her growth and spark a fire within her.

In middle school, when Arielle began struggling in her student home and with her academics, her houseparents took the time to sit down with her. “We talked about the importance of showing up for yourself,” she shared, a motto she continues to live by long after her MHS graduation.

After graduating from MHS, Arielle attended Bryn Mawr College where she graduated in 2011 with a bachelor’s degree in anthropology. During her time at Bryn Mawr, she was given the opportunity to volunteer at a clinic in Camden, New Jersey. While there, she found her passion and purpose for bringing equity to communities through the public health field.

“I heard doctors saying, ‘You should get 30 minutes of exercise every day, and you should be eating fresh fruits and vegetables.’ Then I would be driving around Camden and going to Philadelphia where I would see dilapidated buildings, liquor stores, and fast food restaurants. The patients weren’t able to incorporate those recommendations from the physicians because their environment didn’t allow for that,” she said.

This experience led her to the University of Michigan where she received her master’s degree in public health. Through this educational opportunity, she was able to work with the League of Latin American Citizens, Whole Foods Market, and the Fair Food Network. Through these experiences, Arielle was able to grow her skill set and passion within the field of public health.

“I would say my overarching goal of the work I did was to be an advocate for communities that needed a bit more empowering,” she added.

Arielle’s accomplishments do not stop there. In 2017, she started Be on the Ballot, a web-based platform focused on breaking down the process of running for office while highlighting the stories of historically unrepresented groups who have done just that. Through Be on the Ballot, she has interviewed the former Georgia House Minority Leader, Stacey Abrams, and several other politicians from marginalized groups who have run for office.

“The passing of time inspires me to push for outcomes and create impact. Time is going to pass anyway, so I might as well get it done and have no regrets,” she added.

Arielle is currently continuing her research into how best to bring equitable resources and opportunities to communities in need as a Pre-Doctoral Researcher with the Fulbright Association in Spain. While there she was invited by the U.S. Consulate to speak to a school in Barcelona that has a large minority low-income community. She was able to share her story with this group and share how Milton and Catherine Hershey’s legacy brought her to where she is today. 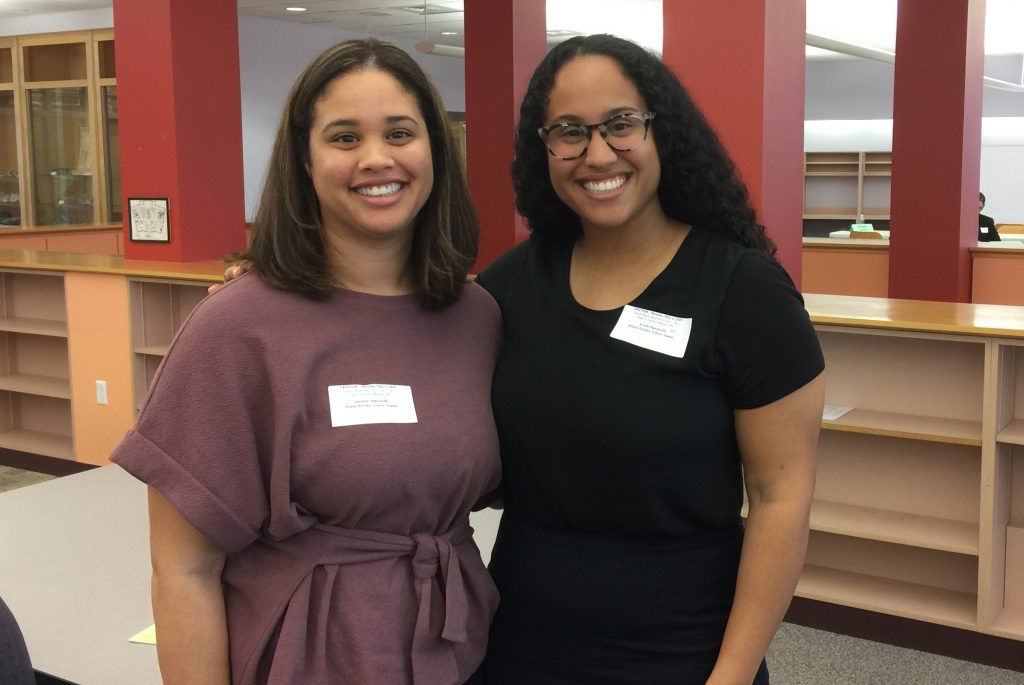 As an alumna, Arielle returned to campus to help conduct mock interviews for the class of 2019. These events give graduates like Arielle a chance to give back to current students and reflect on their time as an MHS student.

Arielle credits the educational opportunities she received at MHS for catapulting what has become her life’s work. All of her successes have brought her to receive the Alumni Academic Achievement Award and be inducted into the Hall of Fame for her talent in the areas of VPA. Arielle hopes that she can make an impact on the world and give back for all the opportunities that MHS and its founders have given her.