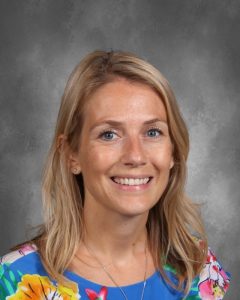 Milton Hershey School social studies teacher Megan Kopp is one of 18 educators from across the country who have been selected to participate in Memorializing the Fallen — a teacher professional development program from National History Day®. Sponsored by the U.S. World War I Centennial Commission and the Pritzker  Military Museum and Library, the program takes educators on the journey of a lifetime to rediscover the history of World War I and invigorate its teaching in America’s classrooms.

Throughout the program, Kopp will attend virtual lectures, participate in discussions, and research a Pennsylvania service member who never returned home.

“I’m very honored to have been chosen for the program, especially since I am a veteran and come from a family of veterans,” she said. “I look forward to researching and memorializing a World War I solider from Pennsylvania as well as learning more in-depth and hands-on knowledge to bring back to my students.”

The academic portion of the program will be led by Dr. Christopher Hamner, an associate professor at George Mason University, and Dr. Kate Clarke Lemay, a historian with Smithsonian’s National Portrait Gallery.

The goal for the Memorializing the Fallen program is to reinvigorate the teaching and learning of World War I in classrooms as we mark the 100th anniversary of the end of the war.

Kopp was selected for the highly competitive program out of 334 applicants, and she is the only educator from Pennsylvania who was selected.

NHD is a non-profit organization based in College Park that seeks to improve the teaching and learning of history. The National History Day Contest was established in 1974 and currently engages more than half a million students in conducting original research on historical topics of interest. Students present their research as a documentary, exhibit, paper, performance, or website. Projects compete first at the local and affiliate levels. The top entries are invited to the National Contest at the University of Maryland at College Park. NHD is sponsored in part by HISTORY®, the National Endowment for the Humanities, the National Park Service, and Southwest Airlines.

About the U.S. World War I Centennial Commission

The World War I Centennial Commission was created by Congress in 2013 to provide educational programs, public outreach, and commemorative events, regarding America’s involvement in World War I.

About the Pritzker Military Museum and Library

Founded in 2003, the Pritzker Military Museum and Library, located in downtown Chicago, is a nonprofit center where citizens and soldiers come together to learn about military history and affairs. The Museum and Library feature an extensive collection of books, programs, artifacts, and rotating exhibits covering many eras and branches of the military. Programs include a lending library, the archives, recorded TV shows, podcasts and oral histories, and museum exhibits.