On Wednesday, Sept. 18, Milton Hershey School third-graders held a lemonade stand during all student lunches to raise money for charity and put into action the MHS Be Golden theme unveiled at this year’s Opening of School Assembly. The students sold just under 1,600 cups of lemonade, totaling nearly $800.

The lemonade stand idea expanded an annual favorite classroom lesson centered around Natasha Anastasia Tarpley’s children’s book, “Destiny’s Gift.” In the book, the main character mobilizes her neighborhood to raise money and in turn, save a local book store. To help the students better understand the story’s principles and think about the many ways in which they, too, can help others, teachers Kendra Poff and Chris Swartz organized the initiative this year.

“This is a project that was started by Chris Swartz as a way for the students to make a direct connection with a story we read each year,” Poff said. “It is a way to put what we read into action and think about the ways we can give to those in need.”

Prior to hosting the lemonade stand, the students talked about and voted on the organizations they wanted to receive the profits they made. They chose Ronald McDonald House Charities, with a local Hershey location, and the Shriners Hospital for Children, with a direct connection to one of the students due to previous medical treatment for her sister. 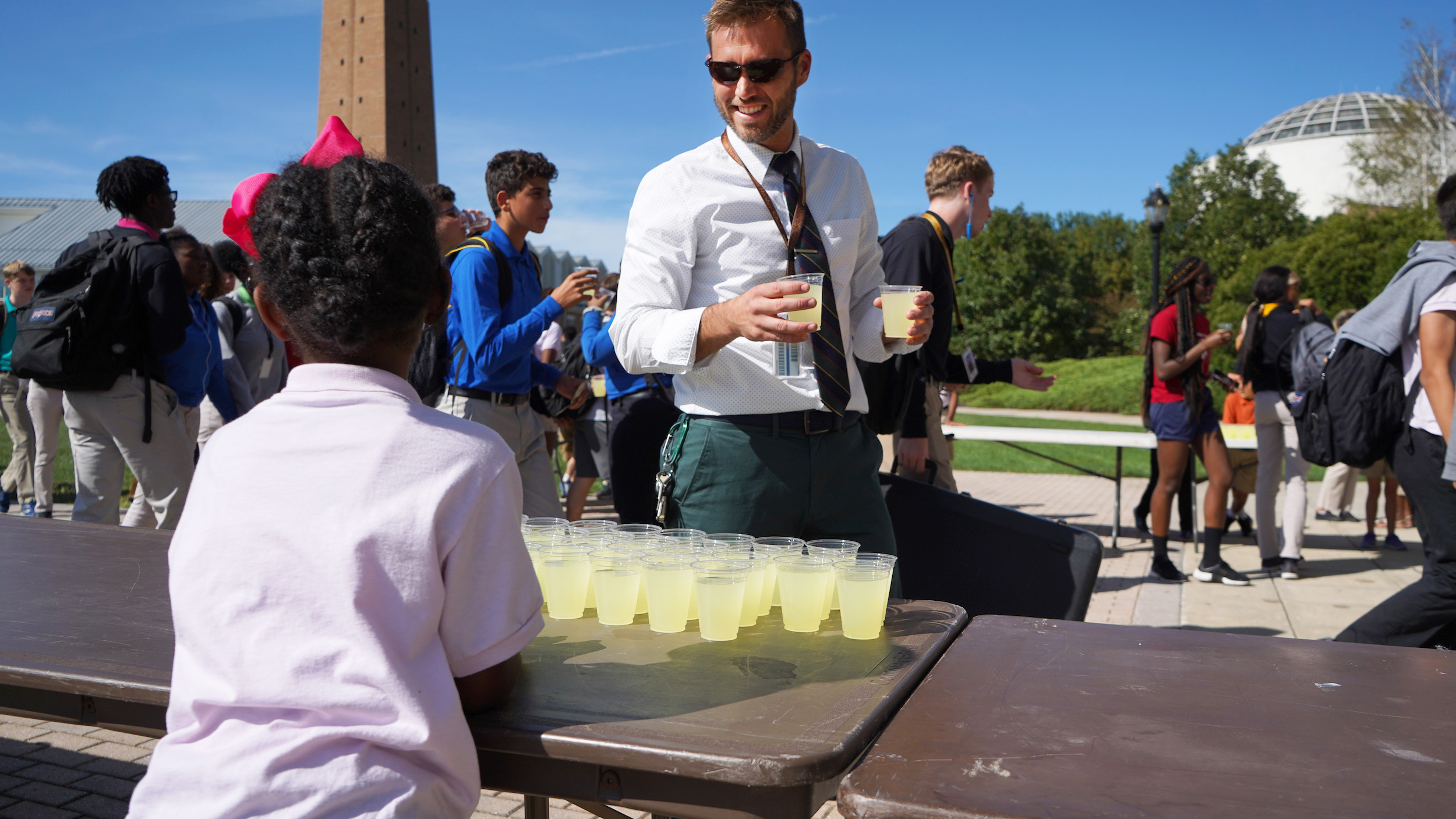