On Friday, May 24, the Milton Hershey School community came together to honor the individuals who have made the ultimate sacrifice to protect our freedom during the school’s Memorial Day Assembly. The school payed tribute to the 55 Gold Star alumni and inducted a new member to the esteemed group.

Students and staff showed their appreciation and respect for the men and women of our armed forces by remaining silent as they entered and found their seat, as well as through the duration of the assembly.

“As a Milton Hershey School family we have come together for a memorial service tradition that started 65 years ago to ensure our family members who died in service to their country will never be forgotten,” he said.

MHS alumnus Lt. Col. Russell Ames ’94 addressed the assembly. Upon graduation from MHS, Ames attended the U.S. Military Academy and enlisted in the U.S. Army. Over the course of his military career, Ames has served in the Special Forces, received two master’s degrees, and has traveled to Bosnia, Kosovo, Iraq, and Uganda.

“Continue to stay connected to those who serve, continue to stay interested in foreign affairs and continue to have those debates. We owe it to our service members not to let the likeliness of deploying military force increase with a lack of understanding,” said Ames.

This year, Timothy Mark Wrightington ’12 has been added to the list of MHS Gold Star alumni. Wrightington served for five years in the U.S. Marine Corps in New River Air Station, North Carolina. He received the Marine Good Conduct Medal, National Defense Service Medal, and the Global War on Terrorism Service Medal. He passed on Jan. 4, 2018 from injuries sustained in an automobile accident.

MHS seniors Jordan Edmonds and Casey Borowy led the audience in a time of reflection as they read the names of the 56 Gold Star alumni. 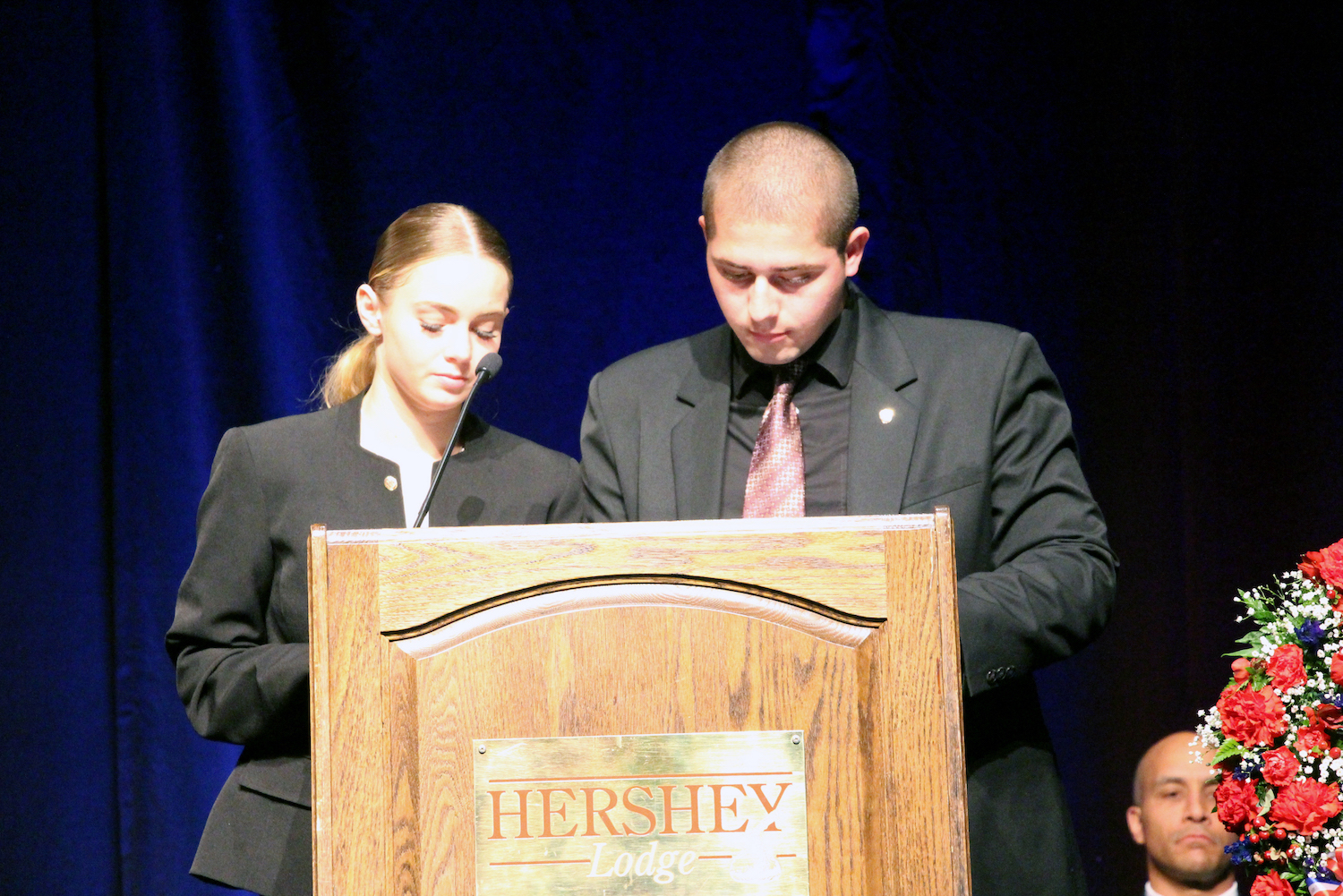 “Be confident in the skills you learn here, they will help you with everything you face in the world,” Ames encouraged MHS students.

Milton Hershey School will honor the 56 Gold Star alumni again on Monday, May 27, when students will participate in the Hershey Memorial Day parade.

Watch the live stream of the Memorial Day Assembly.