An article in the Hershey Press newspaper on July 8, 1910, reported a school with opportunities will open in September by Mr. and Mrs. Milton S. Hershey: Hershey Industrial School (now, Milton Hershey School). 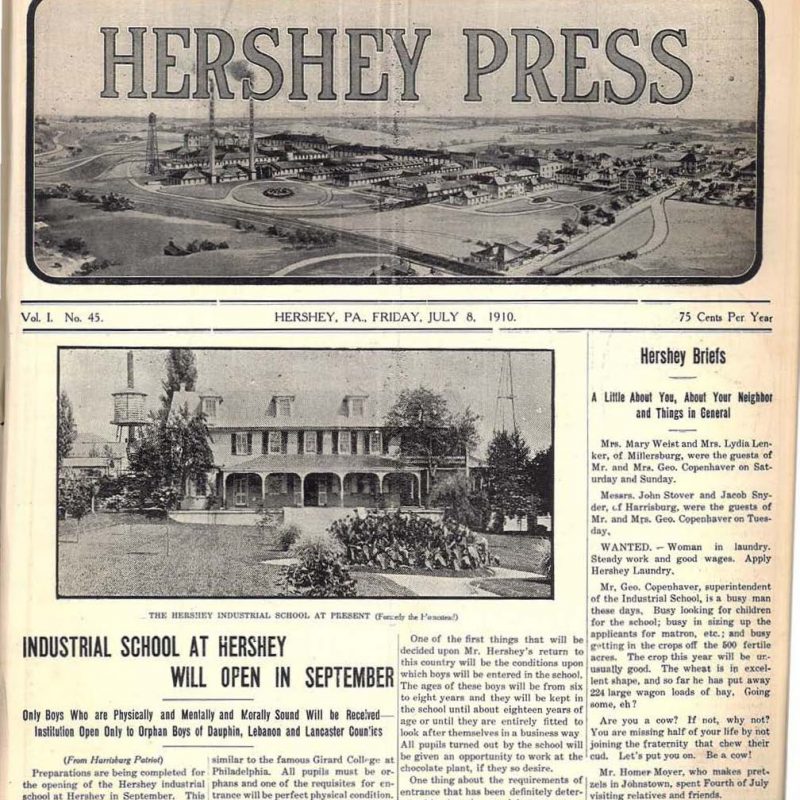 The school was described as “a most interesting and commendable enterprise…it reflects great honor upon the altruistic and beneficent spirit of those who have made the school a possibility. It is surely a work the results of which will count not only in future years but in the coming generations.”

The first students of Hershey Industrial School in 1910.

The first enrolled students were brothers, Nelson (six years old) and Irvin (four years old) Wagner, from Lancaster, PA. After their father died, their mother found it difficult to support herself and six children. Mrs. Wagner’s brother saw an announcement of the planned school in a newspaper and wrote a letter on her behalf.

The school read the letter and invited the family for a visit and interview.

On September 3, 1910, the Wagner family traveled to Hershey, PA to meet with Milton Hershey and Mr. and Mrs. Copenhaver, the superintendent and matron of the school.

Nelson and Irvin were admitted, but William, their younger brother who was two years old at the time, was too young. He was first on the list for future admission and he enrolled at age four. 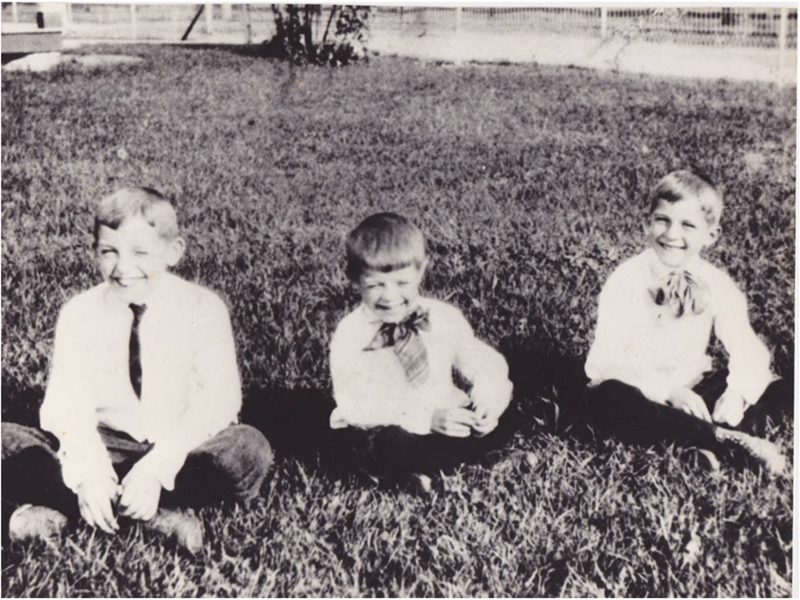 Nelson and Irvin were only a duo for a short time, as the next students, also brothers, enrolled on Sept. 12, 1910. Jacob and Guy Weber attended after their father died and their mother worked at a shirt factory trying to support three children.

In an interview, Mrs. Wagner remembered sitting on the porch of the Homestead and talking with Milton Hershey, “Mr. Hershey praised the boys. He was a very good friend.”

“When I first came,” Nelson Wagner recalled, “I can remember that, when my mother walked out the walk to go home, I cried terrifically. But, after she had left, there were so many things to see. Well, you could not get homesick. We just forgot about home.”

What did the first students do after Hershey Industrial School?

Nelson went on to work in the Hershey factory. Irvin served in the Army, and William had a successful career in industrial engineering and was named MHS Alumnus of the Year in 1960.

Jacob went on to be an electrician for Hershey Estates (now Hershey Entertainment & Resorts). Guy worked for Milton Hershey in Cuba for seven years doing clerical work and then for the Hershey Lumber Company.