Growing up in West Philadelphia, Pennsylvania, Tiffanni Osborne ’09 was living with her mom’s friends when she learned about Milton Hershey School. As the third child born to a teenage mom, she and her two older siblings moved around a lot while her mom lived in public housing in South Philadelphia. Tiffanni remembers, vividly, the day she learned about MHS.

“[My mom] showed me a brochure with kids riding on horses and she said, ‘Do you want to go to this school?’ And I’m looking at the kids having the time of their lives and I said, ‘Absolutely!’ I didn’t realize at the time that I would be staying and living there.”

As the youngest of the three older children, Tiffanni was the first of her siblings to be accepted at MHS. She enrolled at the age of seven as a second-grader. 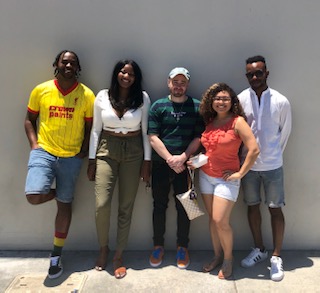 Looking back on her time at MHS, Tiffanni said it was the relationships she built with friends and adult mentors that helped her thrive at school and in the years following her high school graduation—including MHS graduate turned MHS employee and coach, Roger Smith ’85.

“Smitty helped me my whole way through Milton Hershey School,” she said. “My mom and I had an estranged relationship and he helped me navigate through that. He also helped me forgive and helped me get an apartment and a job after graduation.”

Tiffanni attended Temple University where she earned a degree in Human Resources. While attending Temple, she found time to substitute teach. After graduating from college, she began working in HR at a school in Philadelphia. Her office was located right next to the school principal and she got to know a lot of students.

“When the kids got sent to the principal’s office, I would coach them and say things like, ‘You know, if you go into the office with a better attitude, you can change the outcome.’ And it made me think that I might want to get back into [teaching]. So, I started getting involved in the after-school program.”

Eventually, Tiffanni applied to be a teacher’s assistant and went back to school to get her master’s degree in education from Temple. She is currently working towards a doctorate from Neumann University. 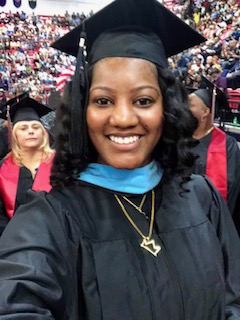 Tiffanni currently teaches in Chester, Pennsylvania, at a Title 1 school—a school that receives federal funding because it educates a large concentration of low-income students.

“I learned about compassion and determination at Milton Hershey School. It’s something I try to instill in my own students,” she said. “I was plucked out of a terrible environment and was given an opportunity. Now it makes me always look at my students and think, ‘They are worthy.’ Just because they might have holes in their shoes or they’re not eating breakfast, doesn’t mean they aren’t capable of learning, it just means that I have to provide more for them because if they had more opportunities—like I was given—they also could have an excellent life.”

During the global pandemic of 2020, like many teachers, Tiffanni had to adapt her teaching style from in-person learning to virtual.

“There are students out there who had access to Wi-Fi and access to education,” she said. “But I had to be responsible for my own students and it was tough. I’m watching my parents, particularly right now in the pandemic, trying to balance going to work, making money, taking care of their children, and it’s hard.”

Tiffanni says her life would not be the same if not for the education she received from MHS. Even today, she uses her profession to speak with parents about MHS and advocate for their child’s enrollment.

“I am always in parents’ ears asking them if they’ve heard of Milton Hershey School,” she said. “I’m always advocating for the school and telling the parents there is a school that can help them with balancing work, taking care of their children, while elevating life for themselves and their children.”

That was one of the benefits for Tiffanni’s mom. While Tiffanni and her siblings attended MHS, her mom went to college and graduated. She now works as a teacher—just like her daughter. 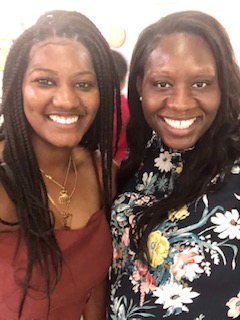 “Milton Hershey School changed my life entirely and it has changed the life of my family, even my mom,” Tiffanni said. “She’s been teaching for about 20 years. She sees me back in school and has said, ‘Oh, I could probably do that too.’ Yes! She’s a phenomenal teacher and she could get a master’s and move up in education. The goal is not to make it comparable to the people from our childhood, it’s to be lifelong learners and set higher and higher expectations of ourselves. I just want to try to ensure that everyone is exposed to a different quality of life to end the generational curses that we’ve been plagued with.”

Not only is Tiffanni making a positive impact on her family and the students she teaches, but she also finds time to give back to the MHS community. She’s been involved in the MHS Girls Grace event, the MHS GPS Student Success Symposium, and is involved with The Bridge project in Harrisburg that was started by a group of MHS graduates.

“Milton Hershey School is the single most important part of my success today,” she said. “The environment I was living in [in West Philadelphia] would not have provided the same amount of opportunity or education that I got to experience at MHS. It really opened my eyes to wanting more. I grew up thinking I would rent one of these row homes [in Philadelphia]. Then I came to Milton Hershey School and walked into a student home—the biggest house I’d ever seen—and I’d never had my own bed, my own room, and it really raised my expectation of what I wanted out of life but it also made me want to give back.”