When you Google “Tape-In Hair Extensions” and scroll past the Google Ads and local businesses, the first website you come upon is Glam Seamless—a multimillion-dollar empire built by Milton Hershey School alumna Alexandra (Alex) Cristin ’07.

In 2012, at the age of 22, Alex saw an opportunity to start a business with a product she loved—hair extensions. After a trip to the salon, she learned about a new type on the market—tape-in extensions. After doing some research, she discovered they were only available to professional stylists and were very expensive.

“I was a recent college graduate and I couldn’t afford these extensions,” she said. “I went home [from the salon] and tried to buy some of my own and I realized, ‘No one’s selling these extensions online.’ It was taboo.”

Alex says she didn’t initially have a vision for her business, but she knew she wanted to make her own money, on her own terms, and on her own time. Following the financial crisis of 2008-09, it was tough to find a job in New York City. When she graduated from Pace University in 2011, she worked as a nanny, as a plus-sized model, and in reality TV. 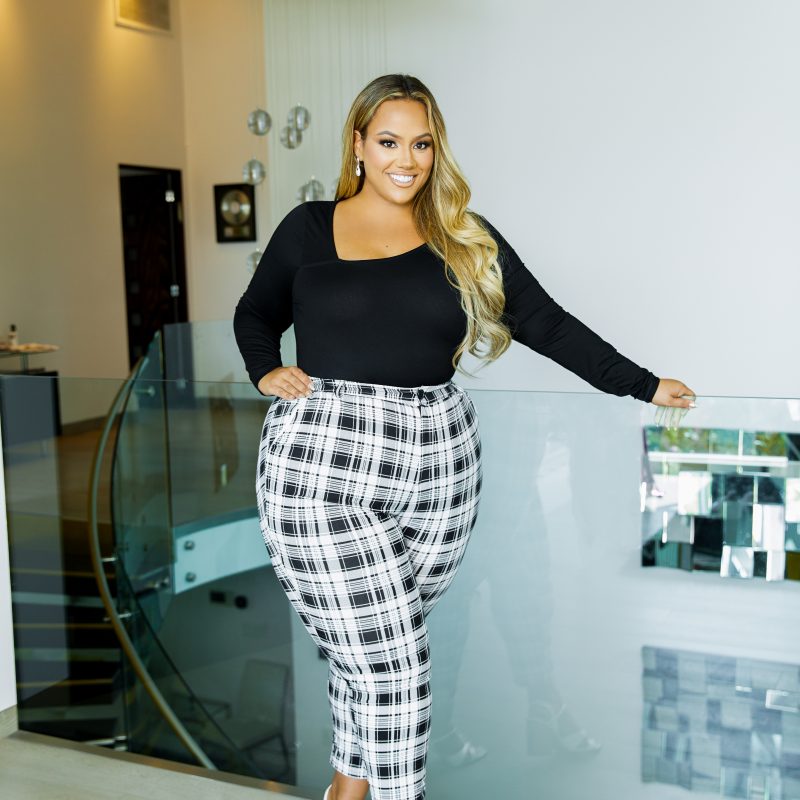 “For a year, I was doing anything I could to make money, but my intuition was telling me I wasn’t cut out for corporate life.”

She said she was always inspired to be an entrepreneur—something she strongly believes she subconsciously picked up during her time at Milton Hershey School because of Milton Hershey himself.

“I didn’t start my hair extension company with the idea of actually becoming a CEO or with the goal of creating a multimillion-dollar company. I simply created it because I wanted to make money on my own time and have flexibility with work,” she said.

Alex’s business took off because in her words, “We changed the game.”

“People wanted a good price point,” she said. “They didn’t want to get overcharged at the salon paying $700 when they could buy it from us for $200-$300. Even salon professionals were coming to Glam Seamless to purchase hair because they didn’t want to wait on a hair sales rep to place the order. They wanted to go online.”

For the first two years of the business, she worked with a factory with a limited color selection and in 2014, Glam Seamless started earning more than a million dollars in sales a year. At that point, Alex was able to add different types of extensions, more colors, and create customized packaging.

“That’s what I love about Glam Seamless, there is passion in the product,” she said. “We had a really good product, that was high quality, at a mid-price-point, and I was passionate about it.”

Eight years later, Glam Seamless is a $20 million a year business that ships worldwide to 167 countries. It has partner salons all over the world, a flagship store in New York City, and in 2021, Alex will be opening a salon in Los Angeles. 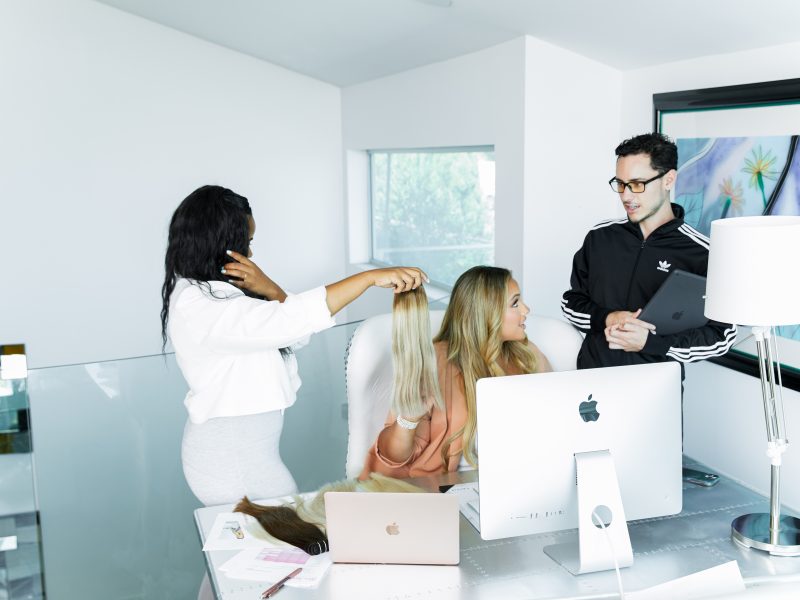 Alex came to Milton Hershey School when she was 9 years old from Harrisburg, Pennsylvania. She describes the timing of her enrollment as perfect. The daughter of a single mom, right before her enrollment day, Alex’s mom was sent to jail on several small charges. Her mom had learned about the school from a former colleague who eventually went on to work for MHS—and still does to this day.

“Donna Chamberlain was our little angel,” Alex said. “She helped us learn about the school. I applied and I spent nine amazing years at Milton Hershey [School]. I am forever grateful to her. She changed my life.”

Donna wasn’t the only person from MHS to help Alex along the way. MHS graduate and 2014 Alumnus of the Year, Jason Wolf ’87, also was instrumental in helping Alex. Having created and sold several successful companies, he mentored Alex through some of her largest business decisions.

In 2014, just two years after starting her business, Jason became Alumnus of the Year. Through his story, Alex learned he was an entrepreneur who sold his first company for millions of dollars. She attended an alumni dinner—having never met him before—and connected with him.

“I said, ‘Listen, Jason, I have a small company, making a million dollars a year, and I’d love for you to mentor me because I don’t know what I’m doing.’ I think we had one or two conversations and then my company was acquired. He walked me through it,” she said. “That’s the power of Milton Hershey School.”

Alex has been featured in Forbes, Entrepreneur, People, Parents, and in 2017, was named one of Inc. Magazine’s 30 Under 30 Young Entrepreneurs List. 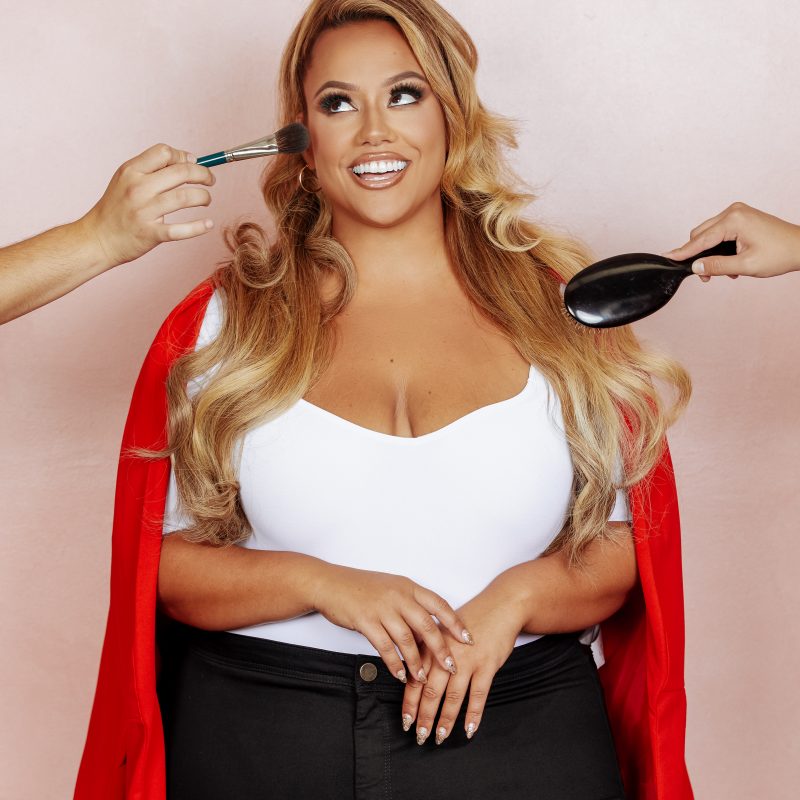 Alex’s wish for all students attending MHS is to leverage the MHS network.

“It’s a powerful community. The people who work there to make this mission come true are incredible human beings and they’re upholding the vision more than 100 years later. It’s just unbelievable.”

As for what she would say to Milton and Catherine Hershey, the man and woman who helped her in her early years by providing her with an education and the tools to thrive, she said, “Milton Hershey inspires me. I cannot believe a man created a massive company with a legacy that lives on today. I can’t believe his altruism and the school he started with his wife, Catherine, continues to help children escape poverty.”

Alex is not only following in the footsteps of Mr. Hershey as an entrepreneur; she also is following his legacy of giving back. She has started a non-profit, Glam Girls, Inc., which is for young girls in poverty. The non-profit focuses on building self-esteem by bringing young women together. “Eventually there will be a summer camp experience where they can grow and have a mini Milton Hershey School experience. It will obviously come nowhere close to what the school does, but I’m super grateful for life and for Milton Hershey School.”