Jocelyn Bioh ’01 is recognized for her accomplishments in the Visual and Performing Arts.

Milton Hershey School has named Jocelyn Bioh ’01 as the 2022 Alumna of the Year in recognition for her accomplishments in the visual and performing arts.

“It is with great pride that I introduce Jocelyn Bioh as Milton Hershey School’s 2022 Alumna of the Year,” said MHS President Pete Gurt ’85. “Jocelyn is a performer and an award-winning writer in theater, TV, and film. This award acknowledges her achievements and the great honor she has brought to her alma mater.” 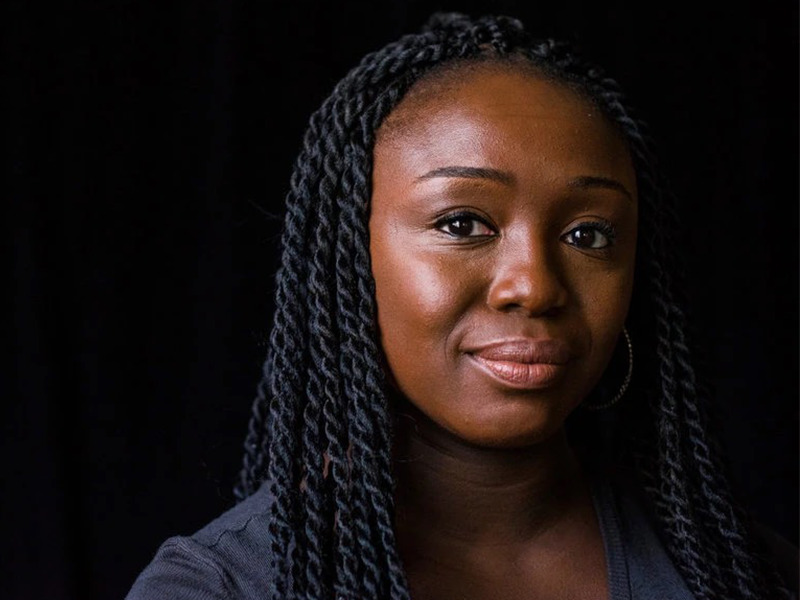 Bioh enrolled at MHS in August 1995 when she was 12 years old. She credits MHS for allowing her the space to develop individually and creatively. While a student, she participated in dance, choir, and eventually theater.

She has said the school provided her the opportunity of a lifetime. “It gave me a step up toward success that likely never would have been possible for me,” Bioh shared. “Getting the opportunity to go to MHS allowed me the mental space to grow as a person and an artist. That impact changed my life as it crystalized for me that this is what I wanted to do with the rest of my life.”

After graduating, Bioh earned a bachelor’s degree in English and Theatre at The Ohio State University and a master’s degree in playwriting from Columbia University.

Her most successful production as a playwright, to date, is “School Girls; Or, The African Mean Girls Play.” Produced off-Broadway in Fall 2017, it garnered rave reviews from The New York Times and The Hollywood Reporter and won several awards, including the 2018 Lucille Lortel Award for Outstanding Play, the Dramatists Guild Hull-Warriner Award, and an African Diaspora Award.

Another of her award-winning productions, “Merry Wives,” an adaptation of Shakespeare’s “Merry Wives of Windsor,” was performed as part of the Summer 2021 Shakespeare in the Park series in New York City and filmed for PBS. Her newest work, “Goddess,” is a Broadway-bound production that is to debut at Berkeley Repertory Theater in California in August 2022.

In 2007, Bioh booked her first major commercial gig when she was selected as a spokesmodel for Queen Latifah’s makeup line, the “Cover Girl Queen Collection.” After performing on and off-Broadway and regionally in numerous productions, she was selected as a cast member for “The Curious Incident of the Dog in the Night-Time,” which won a Tony Award for Best Play in 2014.

In addition to writing for theater, Bioh has written and produced for Netflix, Disney, Disney+, and Hulu. She has acted in “One Life to Live” on ABC, “The Characters” on Netflix, “Blue Bloods” on CBS, “The Detour” on TBS, “Crashing” on HBO, and “ZIWE” on Showtime.

Beyond performing and writing, Bioh co-founded Black Women on Broadway, an organization that celebrates Black women artists in theatre in New York City through mentorship and education opportunities.

As she reflected on being named 2022 Alumna of the Year, Bioh said, “I truly do not feel worthy of this incredible recognition, but I am humbled and honored to accept this. Being the youngest and the first Black woman to receive this prestigious honor is one that is hard to put into words. One of MHS’s beacons is their incredible diversity, and I’m proud to be the vessel in which that touchstone is being spotlighted.” 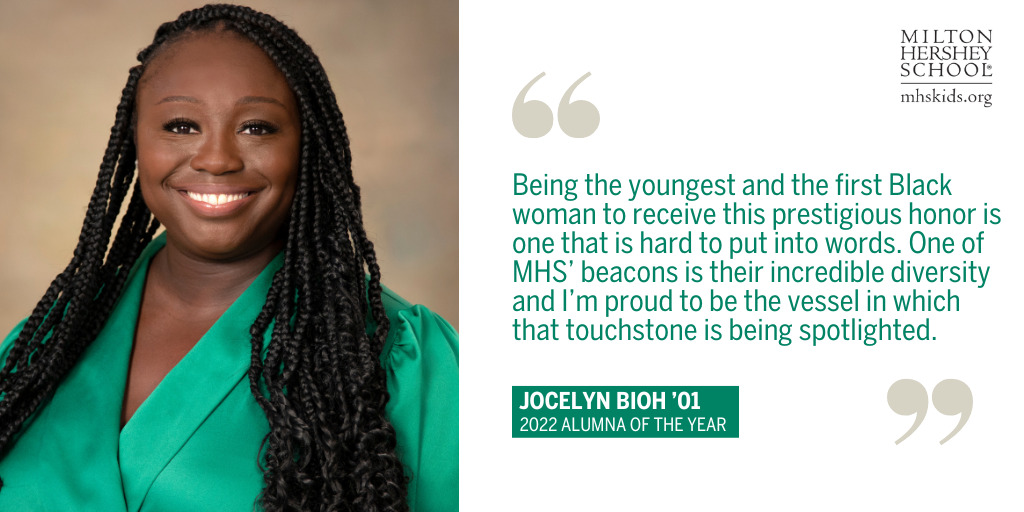