Some may know Sharon Henry as a high school math teacher. Most notice the jewelry she makes and wears from recycled bicycle parts and also know her as Milton Hershey School’s “bike lady.”

Living up to that name, this summer Sharon made her second trip to Iceland to mountain bike the Laugavegur Trail. Staying the nights in a hut system, Sharon, her husband, and a friend from Sharon’s first visit to the Nordic-island country traversed the 34.1-mile trail on wheels as well as on foot when the terrain wasn’t bike-navigable.

“It’s not even about the miles because you are literally carrying your bike up volcanoes, you’re rolling over hard lava, you’re going through sand, black sand deserts, and ash,” she said. 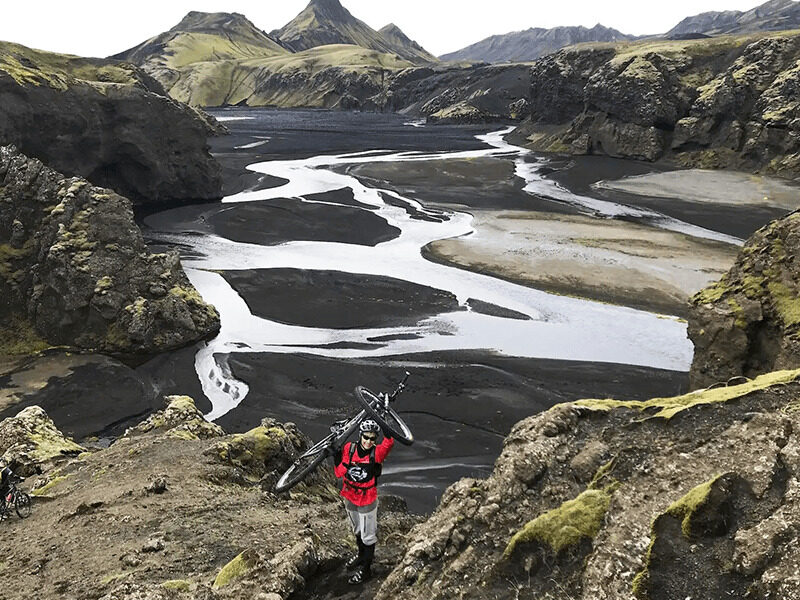 One day on the nine-day trip, Sharon remembers carrying her 24-pound bike up and down hills more than riding it. With the trail’s highest ascent equating to the height of more than 11 Founders Halls, it takes strength, endurance, and determination to do what Sharon has done twice now. She believes her first Iceland trip in 2014 set the barometer, giving her the assurance that if she had already crossed those numbing glacier rivers and climbed those strenuous slopes with her bike once, she surely was capable of doing it again.

“When the going gets tough, it’s like, ‘I know that I’ve done this before so I can do anything,’” Sharon added.

What lures this MHS teacher to take on such challenges in the first place?

For Sharon, a former competitive cyclist, biking has become less about the numbers and more about the stunning views, the friendships she forms along the way, and the benefits of lifelong wellness.

“You can be two years old on stridor or like the guy I ran into on the rail trail the other day who was 86,” she said. “It’s a lifelong skill that keeps you active and it’s not just physical, it’s the mental aspect as well.”

Sharon not only bikes in different countries, but she also rides year-round. She has a fat bike for riding in snow, and a mountain bike, a cross bike, and a road bike that she uses during other seasons. The “bike barn” she and her husband made provides the space she needs to store these bikes as well as the tools she uses to maintain them. But the “bike barn” isn’t just about her own cycling. She also enjoys stepping up, exemplifying the Golden Rule, and inviting MHS students over to teach them how to service bikes.

It seems natural that an MHS teacher with such a strong passion for biking would share it with her students. Yet, she goes beyond that. Sharon also brings stories and photos of her adventures into her math classroom to inspire students and teach real-world concepts. For instance, she highlights her trip to Nepal when teaching pre-calculus students how to make parabolic reflectors. When Sharon was at Mount Everest without warm water for 11 days, she used a parabolic reflector to heat water.

With such contagious and inspiring energy, it is easy for students to look up to Sharon, her active lifestyle, and her travels. She has been to Machu Picchu, Patagonia, Mount Kilimanjaro, and Alaska, to name a few. But there are still more destinations remaining on her bucket list, including Greenland and Antarctica, which she says she hopes to check off the list once she retires. One thing is for sure: Sharon is committed to wellness at any age.

Watch this video to see some of the other amazing places Sharon has biked and hiked. 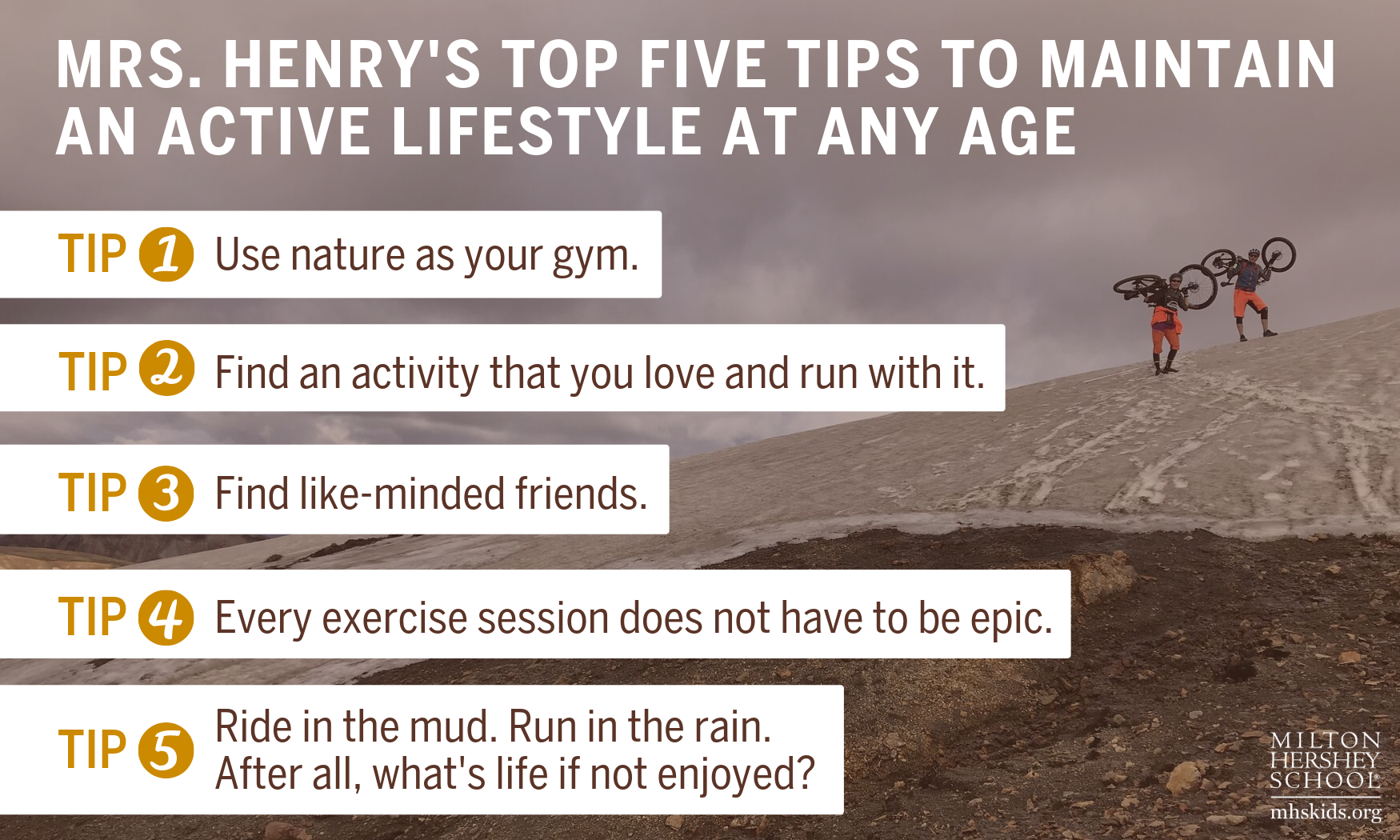