Five Milton Hershey School students recently competed in the 2020 Pennsylvania ProStart Invitational showcasing their skills in culinary arts. For the fifth consecutive year, the MHS team placed first in the statewide competition and will head to Washington, DC in May to compete in the National ProStart Invitational.

“The [Milton Hershey School] team started playing around with menu ideas and testing recipes in April of last year,” said MHS culinary arts teacher Sam Katzaman. “Once school started in August, we kept getting together and testing ideas and flavors and developing the three-course menu. To get to States, we have put in 50-60 hours of preparation.” 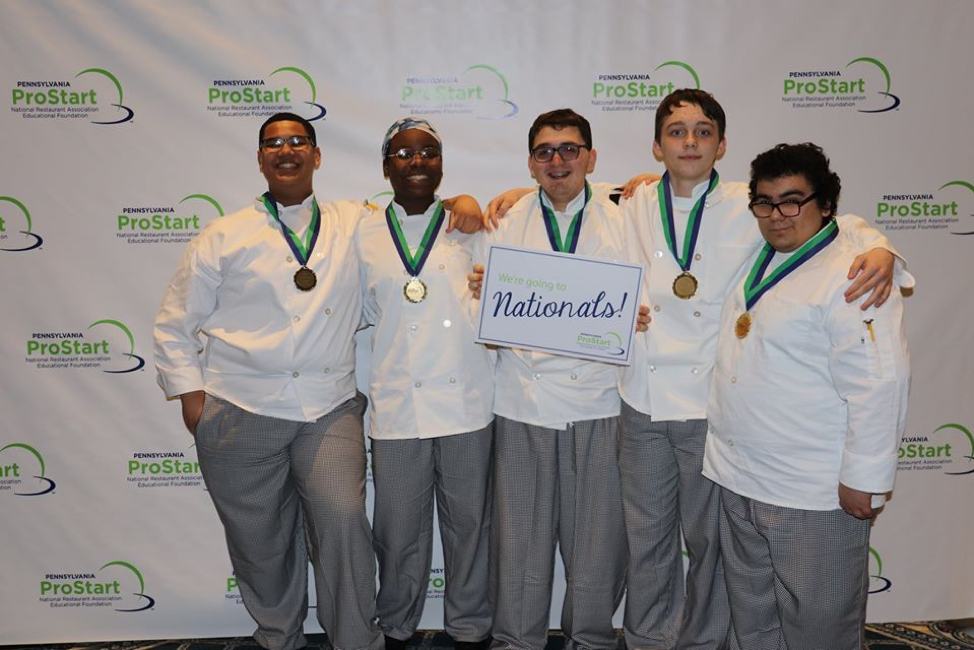 The MHS menu chosen for this year’s competition centered on world cuisine—a nod to the school’s Multicultural and Global Education program. It featured a blend of dishes and techniques from Peru, Haiti, and ancient cuisine. The menu was chosen by the students by researching ideas, reading recipes, and testing flavors in state-of-the-art MHS facilities. The students also gained inspiration from their classwork within the Culinary Arts/Restaurant Management Services career pathway of the school’s Career and Technical Education program. 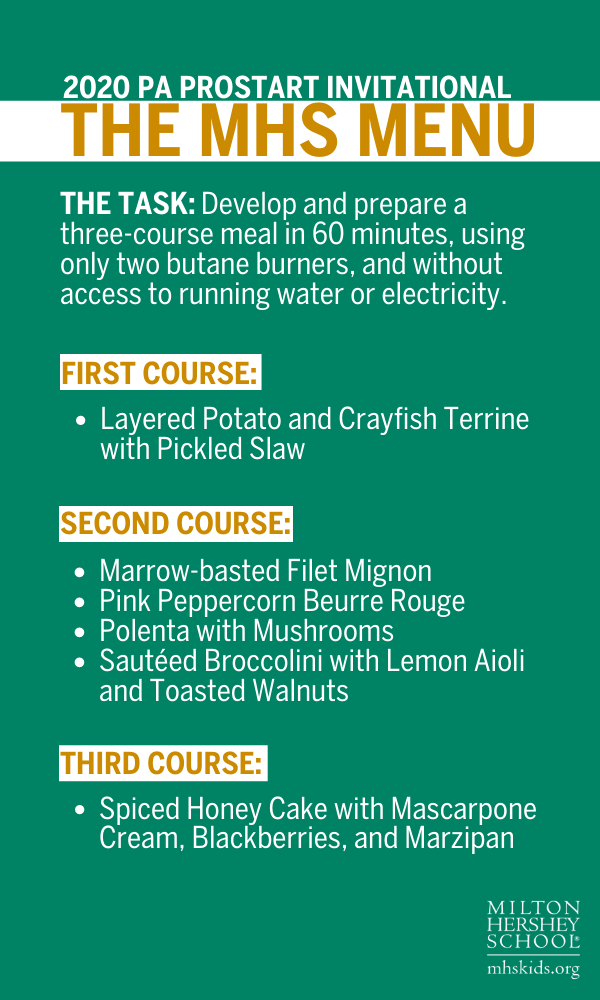 At the competition, the team’s meal was judged in five areas: taste, skill, teamwork, safety, and sanitation.

“All in all, there are generally 30-40 judges for this competition,” said Katzaman. “Students need to be willing to take critiques and use them—every move a student makes is being judged.”

To that end, demonstration of character and leadership skills was as much a part of the competition as was preparing a unique and well-executed meal. MHS students excelled in this area, as well.

“[Our students] made it a point to compliment other teams on their finished dishes, and asked them about their cooking techniques, or how they came up with their dishes,” said Katzaman. “I’m very proud of how friendly and outgoing they were to the other teams. They exhibited perfect sportsmanship in a very competitive arena. And other instructors and judges took notice.”

This competitive environment provides students with real-world exposure to the realities of working as a professional chef. But, it’s an environment that the Milton Hershey School team is trained and prepared to tackle.

Each year, Katzaman and her fellow culinary arts teacher Brad Jennings select students for competition who are open to experiencing new flavors, have a desire to perfect their craft, work well on a team and independently, and have the interest to pursue a culinary career. Katzaman and Jennings also collaborate with local chefs at Hershey Entertainment & Resorts (HE&R) properties to help students prepare for the experience and judge their recipes.

“Hershey Entertainment & Resorts’ chefs really make the time to spend with our team,” said Katzaman. “It’s intimidating for these kids, but at States that’s what helped to set us apart. Our kids weren’t nervous having judges stand around them.”

As a result of the state competition and collaborations with HE&R, these Milton Hershey School students are realizing their potential to have a successful culinary career. In total, the MHS team was offered $18,000 in scholarship money for culinary schools across the country. 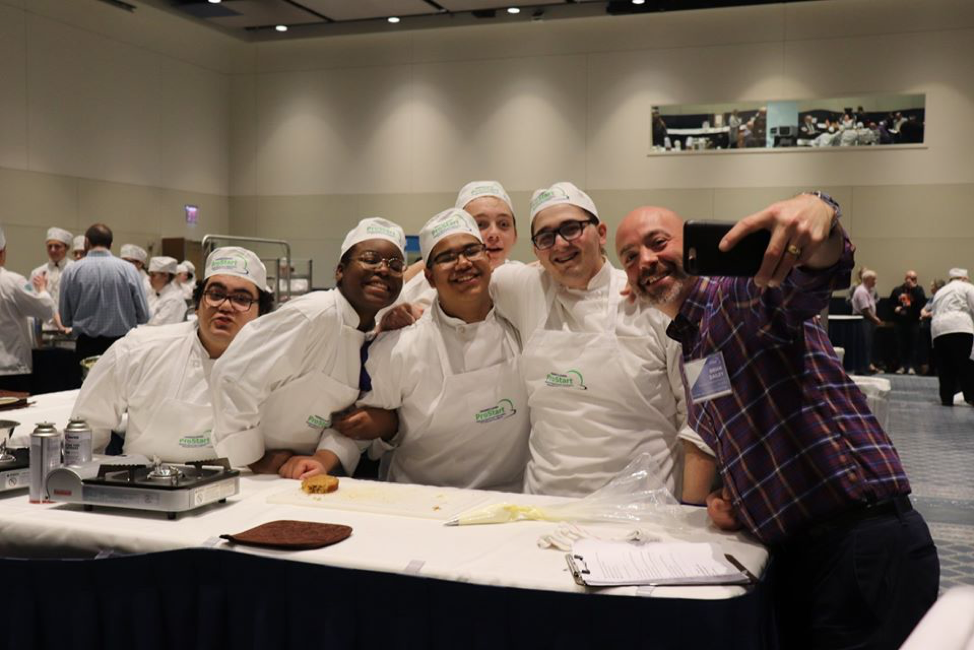 “I know [these students] have become more driven because now they are seeing opportunities just open up for them,” said Katzaman. “They become more focused in class. Now that we’ve won states and kids have gotten scholarships and job offers from Hershey Entertainment & Resorts, it’s a huge boost.”

Now, the team will prepare for the National ProStart Invitational in Washington, DC on May 8-10, where the stakes are even higher as they compete against nearly 400 students from across the country. The top five teams will be awarded additional scholarship money.

The Milton Hershey School team will be prepared for this higher level of competition. They already are tweaking their menu based on state competition feedback and will begin practicing the meal again soon. 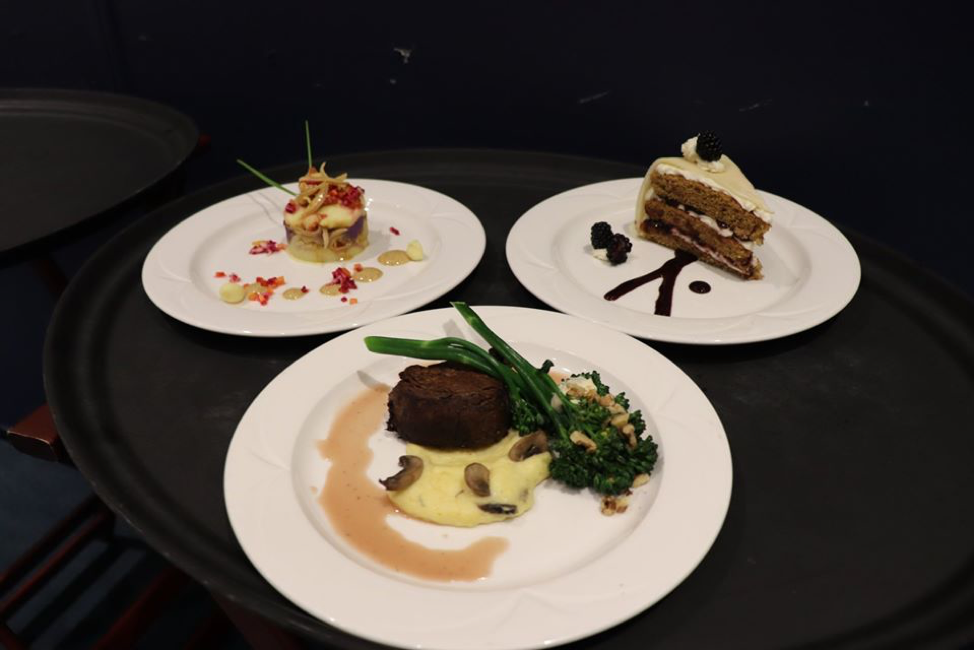 ProStart® is a nationwide program of the National Restaurant Association Educational Foundation. The goal is to develop the talent of high school students to become tomorrow’s restaurant and foodservice industry leaders. Programs like ProStart® serve as a great compliment to Milton Hershey School’s Career and Technical Education program that serves to prepare students with the 21st-century skills necessary to succeed in college or career.