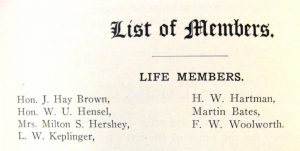 After their marriage on May 25, 1898, Milton and Catherine Hershey settled into married life in Lancaster and became leading citizens. They both participated in a variety of social clubs and organizations, and Catherine became active in the Lancaster Charity Society as one of seven inaugural life members.

Organized on March 1, 1904, the Society served to coordinate charities in Lancaster and “promote the extension of charity to all persons worthy of it.” Its supreme goal was to strengthen character. According to the 1904 annual report, it also distributed clothing and other necessities, worked to find homes for needy children, helped find employment for unemployed citizens, and provided meals and lodging for men and women.

Catherine also served on the Conference Committee that met every Monday morning. She helped review cases of families in need in order to provide relief and find employment whenever possible.

Catherine showed interest in children in other ways. When Milton was working to perfect his milk chocolate formula at the Homestead farm, Catherine enjoyed visiting. She would cut flowers and take them to the children who lived nearby. After moving to Hershey, Catherine was often seen interacting with school children and taking them for an afternoon drive. 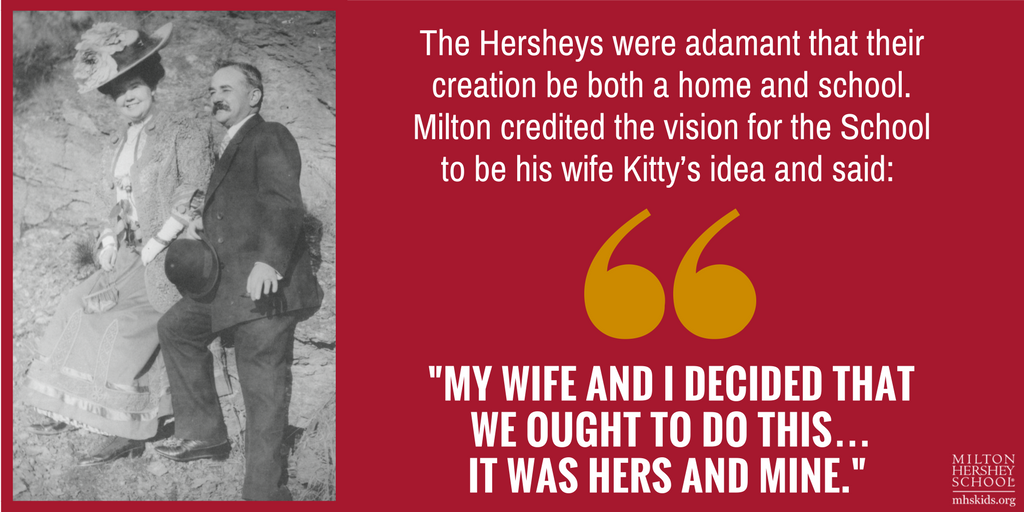 It Was Kitty’s Idea

Milton always credited Catherine with the idea to create the Hershey Industrial School—her experience with the Lancaster Charity Society likely influenced that idea. Catherine’s involvement with the Society gave her special insight into what the students needed to make their lives better.

Catherine also was known to invite the boys to High Point Mansion, which led to the only photograph we have of her with students. 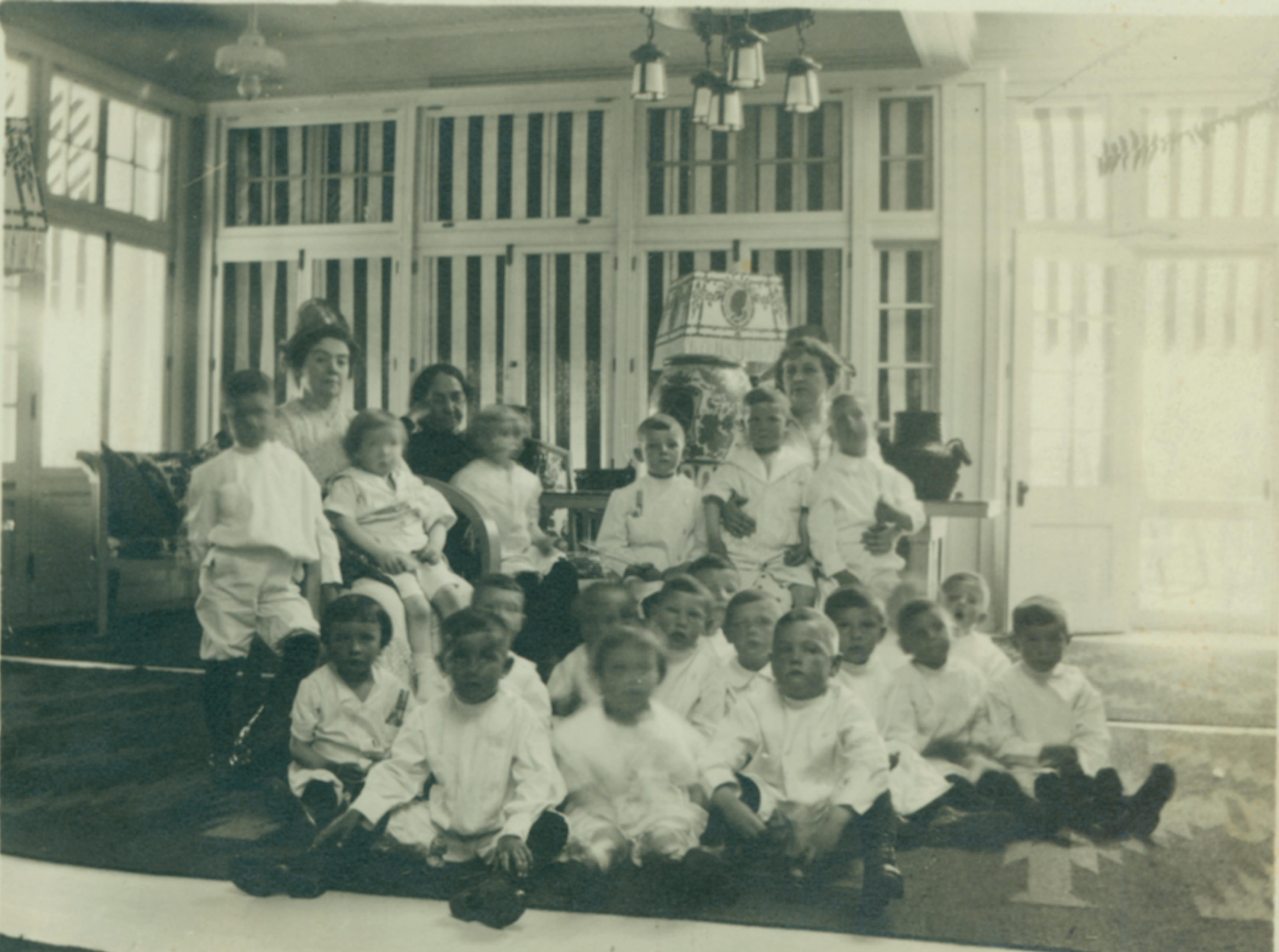 Catherine continued to be listed as a life member of the Lancaster Charity Society through the 1914-1915 annual report, which was the same year she passed away.

It is evident that Mrs. Hershey was dedicated to the organization and passionate about helping people in need, just like her husband.