Growing up in Harrisburg, Pennsylvania, Troy Scott ’03 recognized there were not many opportunities for him to excel. He enrolled at Milton Hershey School in fourth grade at the age of nine and immediately bonded with his houseparents, Brian and Sharon Stalker.

Troy’s relationship with his houseparents grew stronger during high school and the years following graduation. In 2003, after graduating from MHS, Troy attended Kutztown University—but he never graduated.

“Going into my fourth year [of college], I fell into the wrong crowd,” he said. “I got involved in some bad things, so I decided to come home. Over winter break I said to myself, ‘If I go back to college, I’m going to make really bad, really stupid decisions.’ So I left college, came home, and started working.”

It was during one of his shifts that he got to know a few of the regular customers. They worked in car sales for a local dealership and encouraged Troy to apply. Within a few weeks, Troy had landed a sales job. He loved the work and stuck with it for several years before health issues and a knee injury sidelined him.

“I fell into a really bad depression,” he said. “I had a lot of inpatient hospital stays and ended up being diagnosed with bipolar disorder with major depressive disorder. There was a time between 2012 and 2015 when I was hospitalized at least twice a year for mental health stuff. Then I ended up going to jail for child support.” 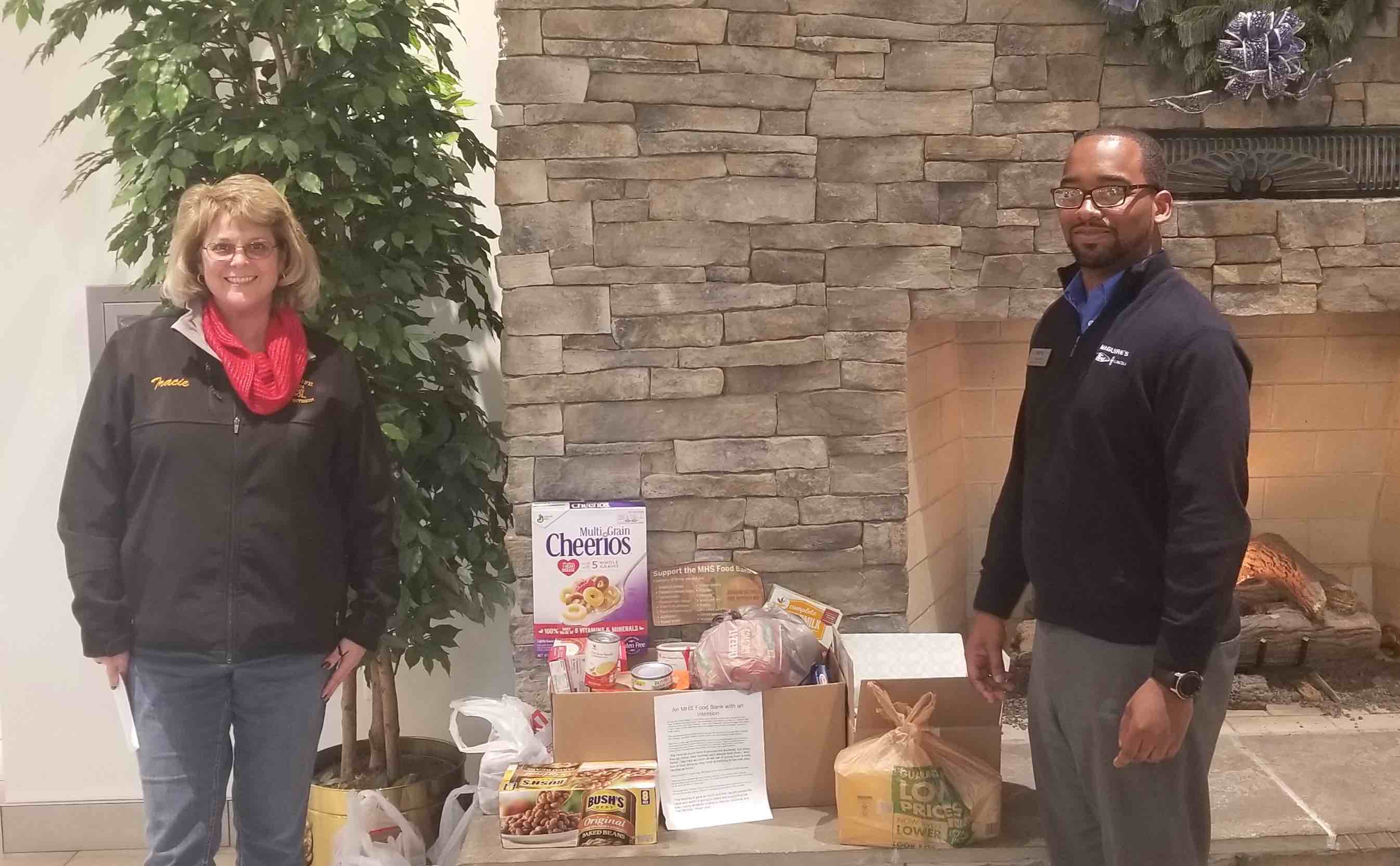 Troy organized a food drive at the dealership to collect food items for the MHS Food Bank.

During that time, Troy’s houseparents were there.

The Stalkers weren’t the only ones from MHS to support Troy through this time. Following his final hospitalization, Troy was assigned a case manager with the Dauphin County Case Management Unit. It turned out his case manager was an MHS graduate.

“I had no clue she was a Milt,” he said. “In our very first meeting, we were talking and she asked where I was from. I told her it was complicated but I was raised in Hershey and she said, ‘Are you a Milt?’ Since then, she’s been my biggest mentor. She helped guide me on the right path, helped me rebuild, and put structure back in my life.”

After finding his solid support system through the people at MHS, Troy is back to selling cars — something he loves and where he finds his passion. The dealership where he’s employed is within a few miles of the MHS campus. He uses the close proximity to give back to the place that gave him so much hope and support.

“In November [2018], a group of 10 to 12 MHS students came down [to the dealership], I showed them around, showed them a car, we talked about credit, and what it takes to buy a car,” he said. “Sometimes hearing it from a Milt, or somebody who has been in your shoes helps.”

Troy also organized a food drive at the dealership to collect food items for the MHS Food Bank.

“I’ve always wanted to give back to MHS and now I’m in a position to do so,” he said. “A lot of people helped me when I was going through a rough patch, so this is my way of giving back.”

When Troy is out for test drives, he’ll often drive past his old student home.

“I point out my student home during every single test drive,” he said. “It’s important. For a lot of us, had we not found Milton Hershey School, we would be repeating a cycle, whether it’s poverty, homelessness, violence, drugs, or crime,” he said. “Milton Hershey [School] provided for us and gave us so much—including the tools we need to succeed. It is our duty to give back. It’s our way to show thanks and appreciation.”