Tiffany Chang Lawson ’07 was born and raised in Pittsburgh, Pennsylvania. When she was eight years old, she and her mother decided to begin an exciting journey at Milton Hershey School.

“I vaguely remember my first day [at MHS] and feeling incredibly excited,” Tiffany said. “I remember thinking about all the food, and when I got to the student home, I started playing with the other students in my home. I full-heartedly wanted to be there.”

Not only did Tiffany enjoy the constancy of having three meals a day, but she also took advantage of the endless opportunities to discover who she was. During her time at MHS, she played the piano and cello and participated in Girl Scouts and student government association.

After graduating from MHS in 2007, Tiffany attended Dickinson College and received a degree in global feminism. As she navigated college, her support system from MHS continued to guide her and build her confidence.

“MHS graduates are [often] first-generation college goers,” Tiffany explained. “Having mentors from MHS who believed in me, even when I embarked on challenges and difficulties, really helped give me the confidence I needed to do well.” 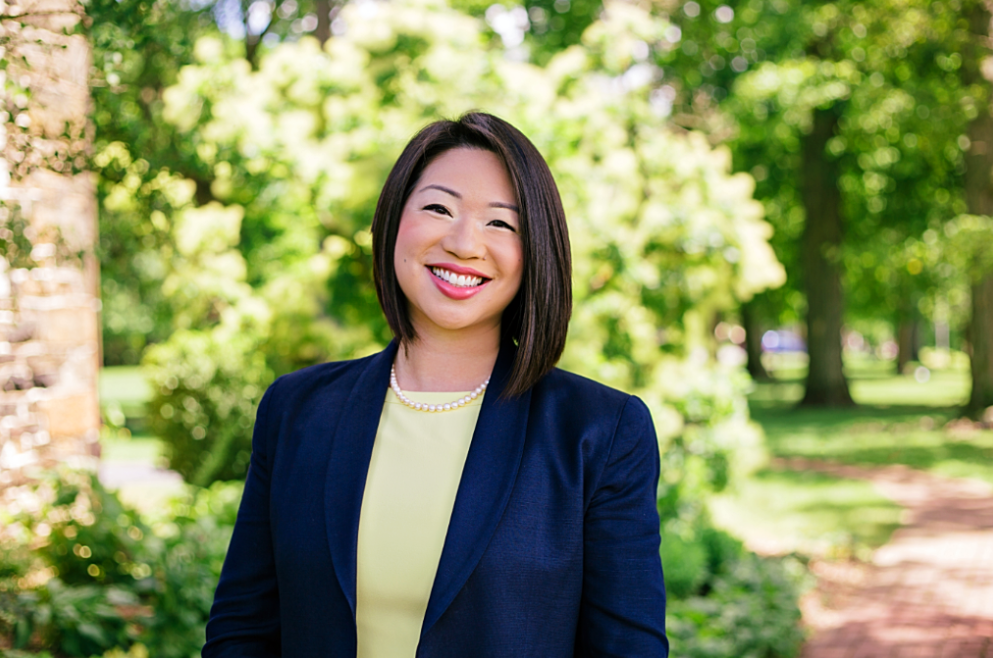 Tiffany currently serves as the Executive Director for the Governor’s Advisory Commission on Asian American Affairs. She credits her relationships and networking skills with helping her find a career at the Governor’s Office.

“My route was definitely a little less linear. It was more based on relationships and the networks I established,” Tiffany said. “Growing up at Milton Hershey School, you’re surrounded by so many adults. That [helped] me become more comfortable engaging with adults on a very meaningful level and taught me how to engage with people after MHS.” 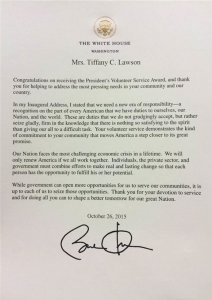 In 2015, Tiffany received the President’s Volunteer Service Award from President Barack Obama for her work with the Governor’s Advisory Commission on Asian Pacific American Affairs. It was presented to her by the International Service Center.

Tiffany also was the 2014 keynote speaker at the annual Founders Week Assembly. She spoke about how giving back and making just one connection can change everything. During her talk, she asked students, “What will you do to make yourself the person you want to be?”

For Tiffany, skills like grit and perseverance allow her to be the person she wants to be.

“MHS graduates have been through a lot of experiences that many adults, whether in college or in the state government, have never experienced,” she said. “When you come from that kind of background, you’ve been through so much that you know what it takes to be successful. You know where you’ve come from and that you’re never going back. You’re always going forward.”

Tiffany enjoys finding ways to give back to her community by serving the diverse Asian American and Pacific Islander communities in Pennsylvania, and mentoring young alumni from MHS.

“Milton Hershey School saved my life,” she added. “I credit MHS with giving me the opportunity for strong education and a strong foundation for the rest of my life.” 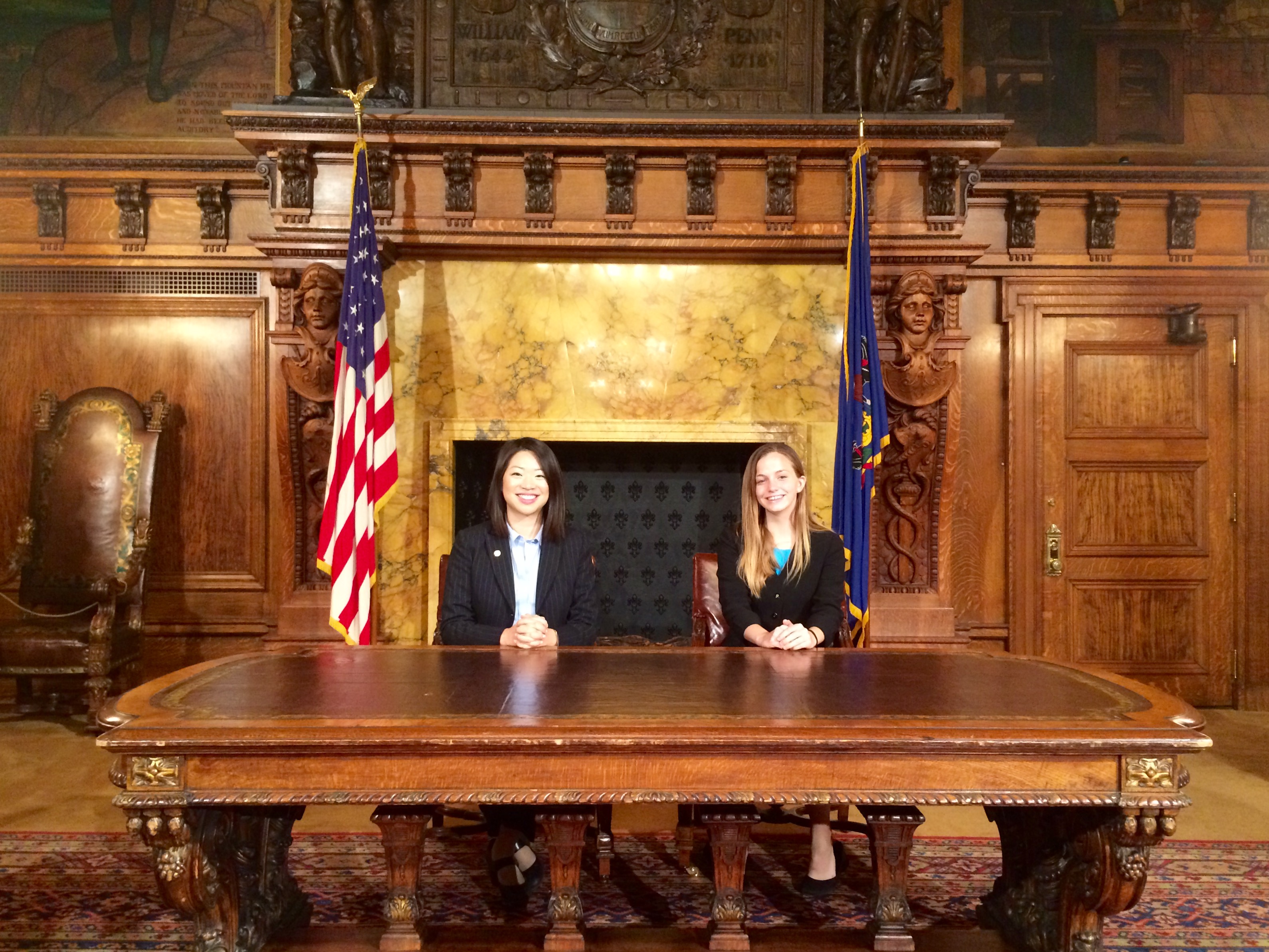 Tiffany is pictured with an MHS student who interned in her office.