When she was in fourth grade, Tieya Greene ’03 began her journey at Milton Hershey School. Raised by a single mother in Harrisburg, Pennsylvania, Tieya says enrolling at MHS was her mother’s best option to give her a well-rounded education and a set of technical skills for the future workforce.

“MHS had a family environment,” said Tieya. “All the elementary student homes were around a pond, and it was very family-focused. Teachers were involved even outside of school.”

When she entered high school at MHS, Tieya got involved right away—she laughs when she remembers how many times she was pictured in the yearbook due to her active involvement at the school. But even with her wide array of interests, Tieya was unsure about the career she wanted to pursue after graduation. Through the school’s Career and Technical Education (CTE) program, she had the chance to try 11 different career pathways before choosing one to study for the rest of her high school career. 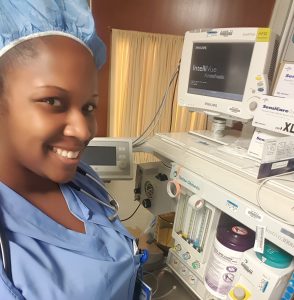 Tieya sampled the Health Science pathway, where she viewed the health equipment she would be using and gained an understanding of the types of tasks she would complete.

“The pathway definitely sparked my interest, and I knew that’s what I wanted to pursue while I was at MHS,” she explained.

Thanks to the CTE program, she took specialized classes and advanced her healthcare knowledge further than most college freshmen. Tieya also became certified as a nursing assistant through the Health Science pathway. As a high-schooler, her certification opened doors—she gained real-world experience and a true picture of the healthcare field by working as a nurse’s aid during the summer.

“Everything I learned in the Health Science pathway was spot-on with the basic knowledge I learned my first year in nursing school,” Tieya said. “It was a great stepping stone. I felt very prepared for my first year of college.”

After graduating from MHS in 2003, she attended Northeastern University in Boston to pursue a bachelor’s degree in nursing and gain critical care experience. At Northeastern, her dream of becoming a certified registered nurse anesthetist (CRNA) and delivering the full scope of anesthesia to patients in all practice settings, including hospitals and surgery centers, was becoming a reality.

Tieya’s contagious passion for the field and her fierce work ethic led her to multiple internships and co-ops during her undergraduate career. She graduated with her bachelor’s degree in nursing and immediately began working in the Intensive Care Unit at the Penn State Milton S. Hershey Medical Center. After three years in the ICU, she attended Georgetown University to complete the Nurse Anesthesia master’s program.

In December 2013, Tieya fulfilled her dream of becoming a CRNA and graduated with her master’s degree. 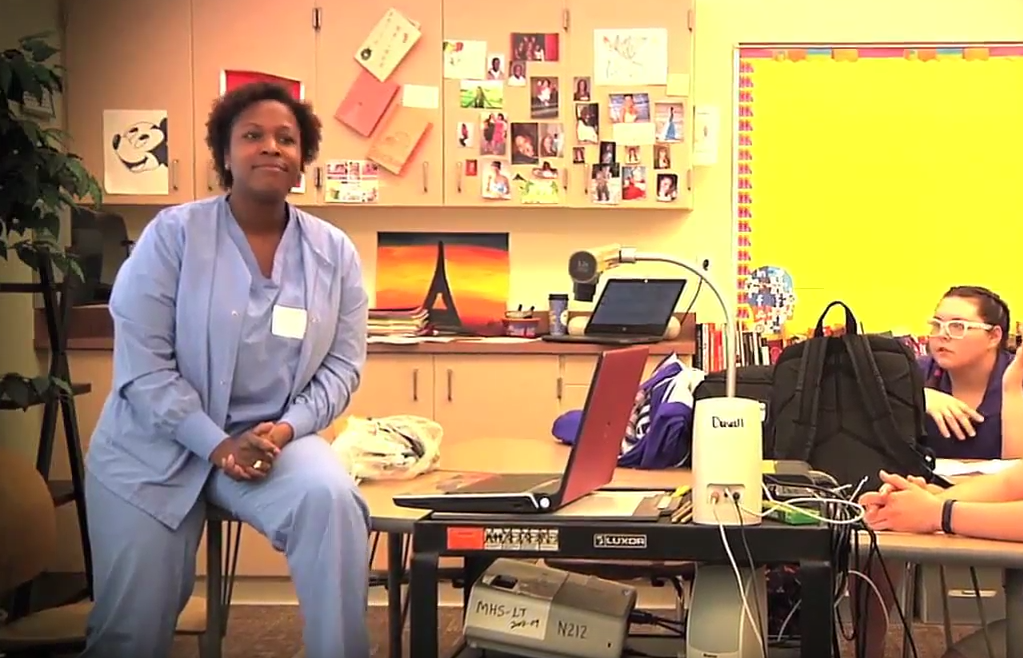 “I love being able to make decisions. With anesthesia, I’m responsible for a patient’s breathing, their heart rate, and their blood pressure,” said Tieya. “It’s rewarding to be able to put all the pieces together and make critical thinking decisions, and then actually see it affect the patient in a positive way. I like the autonomy and being able to make a difference at a really critical time.”

She currently works at the Northern Virginia Surgery Center as a CRNA and says one of the most important lessons she has learned is building rapport with patients. She admits that science is a strong part of her job, but it also requires being a dynamic people person. Her ability to establish relationships was a skill engrained in her at MHS.

“If it wasn’t for the Health Science pathway at MHS, I wouldn’t be doing what I’m doing—which I absolutely love,” she shared.

Tieya continues to give back to MHS by attending campus career days and sharing her anesthesia knowledge with current students who may have never considered the profession. From an unsure fourth-grader to a compassionate, established CRNA, Tieya continues to achieve the goals her mother dreamt for her and make positive impressions on others.