“It’s really the one place I’ve always wanted to work since I graduated,” said Drake. 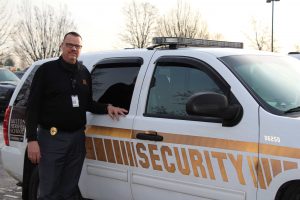 Drake and his brother, Roger Drake ’80, enrolled at MHS in 1967 following the death of their father.  Rodney was 4 years old. Roger was 6.

Drake spent 13 years at MHS and struggled after graduation. He said it was the encouragement of an MHS history teacher that put him on the right path.

“I wasn’t a very good student,” said Drake. “I didn’t know where I was going when I graduated, but a former MHS history teacher saw my leadership skills and encouraged me to join the Army. I can’t thank him enough. It was a great experience. I retired after 27 years as a U.S. Army Master Sgt., I’ve trained in 38 states and I’ve been to 11 different countries.”

Another strong influence in Drake’s life is his former MHS 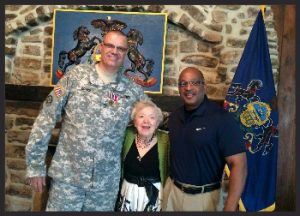 “She wasn’t just our house mom, she was our mom,” said Drake. “She treated us like we were her own kids and she loved us and nurtured us. My kids call her grandma!”

“She is an incredible person and a strong advocate of the School,” he said. “She loves her Milton Hershey School sons.”

Because MHS is so deeply woven into Drake’s life, he always knew he wanted to return.

“Based on what Mr. Hershey said, he wants his boys to be successful and give back,” said Drake. “This was my chance to give back.”

Drake is grateful he gets to give back to the place he calls “home.”

“It’s the greatest school in the world,” he said. “For those who want to come here, it’s going to change your life forever.”