Ray Randlett ’62 chuckles when you ask him about his life after graduating from Milton Hershey School.

Ray was 13 years old when he came to Milton Hershey School. His father had died a few years prior and his mother was very poor.

“My father’s generation generally did not have a college education,” he said. “By the time my father passed on, he had imbued in me that I needed a college education. So when my mother and I received a brochure from Milton Hershey School, I latched on to it.”

Ray says attending Milton Hershey School strengthened his character and helped him prepare for his time in the Army, business, and politics.

It was during his time at Hershey Junior College that Ray found his love for politics. He followed that love to American University in Washington, D.C. where he landed a part-time job with Congressman James Battin of Montana. 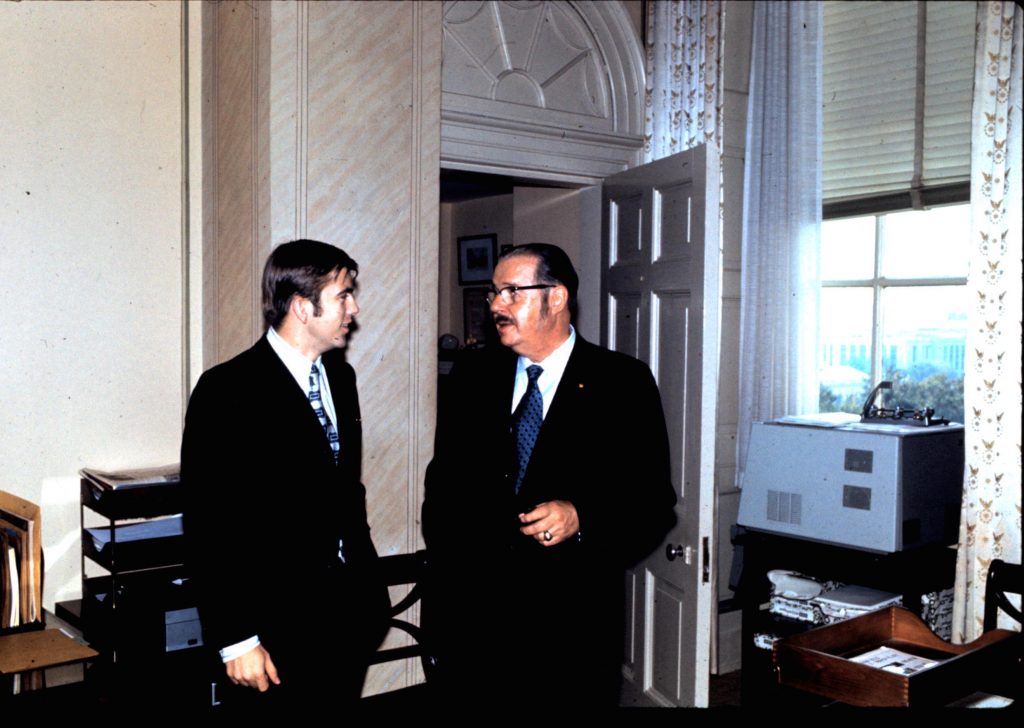 “I got an education in real politics working for Congressman Battin,” Ray said. “It allowed me to meet people like Teddy Kennedy, who was a brand new senator.”

Ray’s initial stay in Washington, D.C. was cut short when he was drafted by the Army and sent to Vietnam. When he came home, it was the contacts he made at Congressman Battin’s office that landed him a job representing PPG Industries in Washington, D.C. From that position, he was appointed as a Congressional Liaison at the Department of Labor under Presidents Nixon and Ford.

When President Ford lost his reelection, Ray took a job with Allied Chemical and was later appointed by President George H.W. Bush as an Assistant Administrator of the Agency for International Development.

When President Bush lost his reelection, Ray started freelance writing. He moved to Florida and bought a part interest in a cable television contracting business which he operated until he retired in 1999. 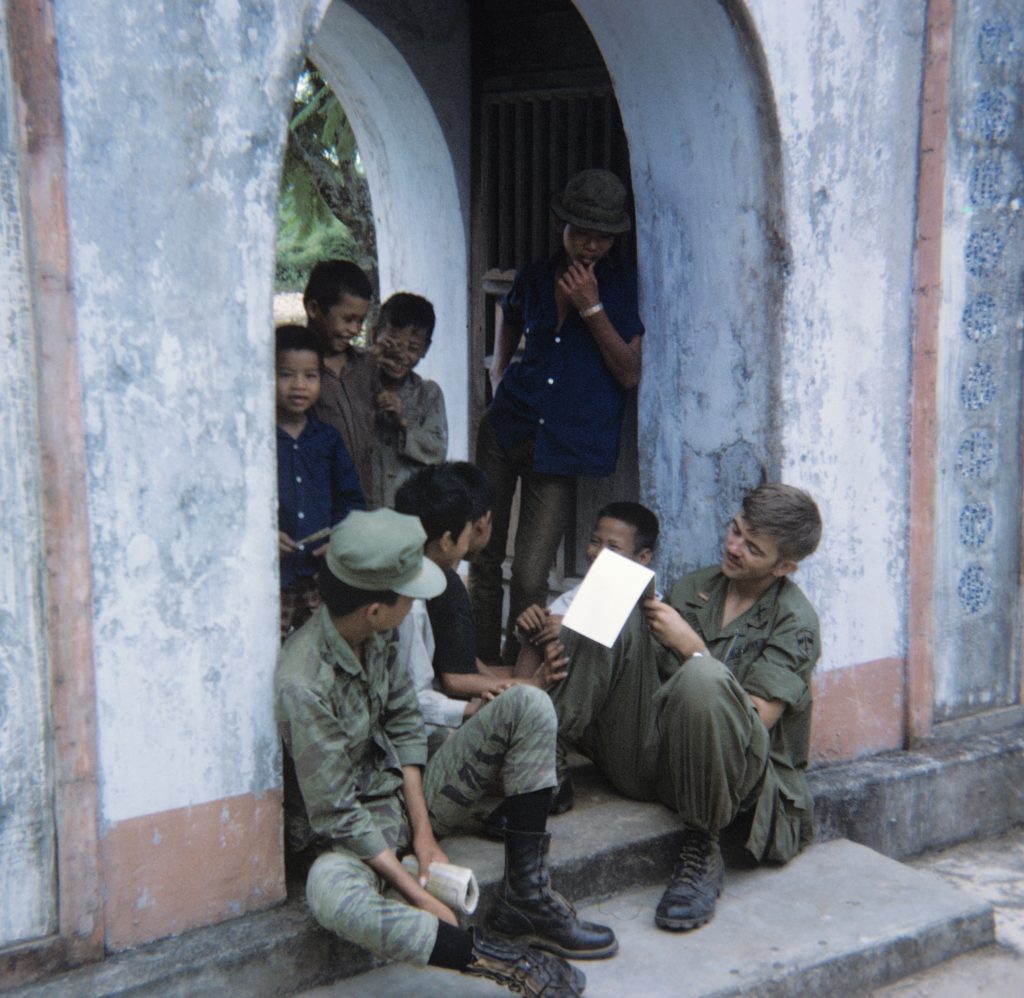 For the past 17 years, he and his wife Alie have traveled the country and the world. They’ve been to all 50 states, all ten Provinces and two territories in Canada, and 52 countries.

“I have always enjoyed watching travel programs and reading about travel,” he said. “When I was at Milton Hershey School, I read John Steinbeck’s Travels with Charley. The idea of wandering around the United States and talking to people had great appeal to me.”

Ray now writes his own travel blog. RalieTravels follows Ray and Alie on their adventures. They claim they are the people for whom off-the-beaten-path attractions are built, finding joy and amusement from the unusual sights and back roads.

“We generally try to avoid highways when we travel because the view from an interstate highway is almost always boring,” Ray said.

As for his favorite trip or location to visit, Ray says that’s easy.

“My favorite trip is the next one I’m going to take.”

Follow Ray and his wife Alie on their next adventure at RalieTravels. 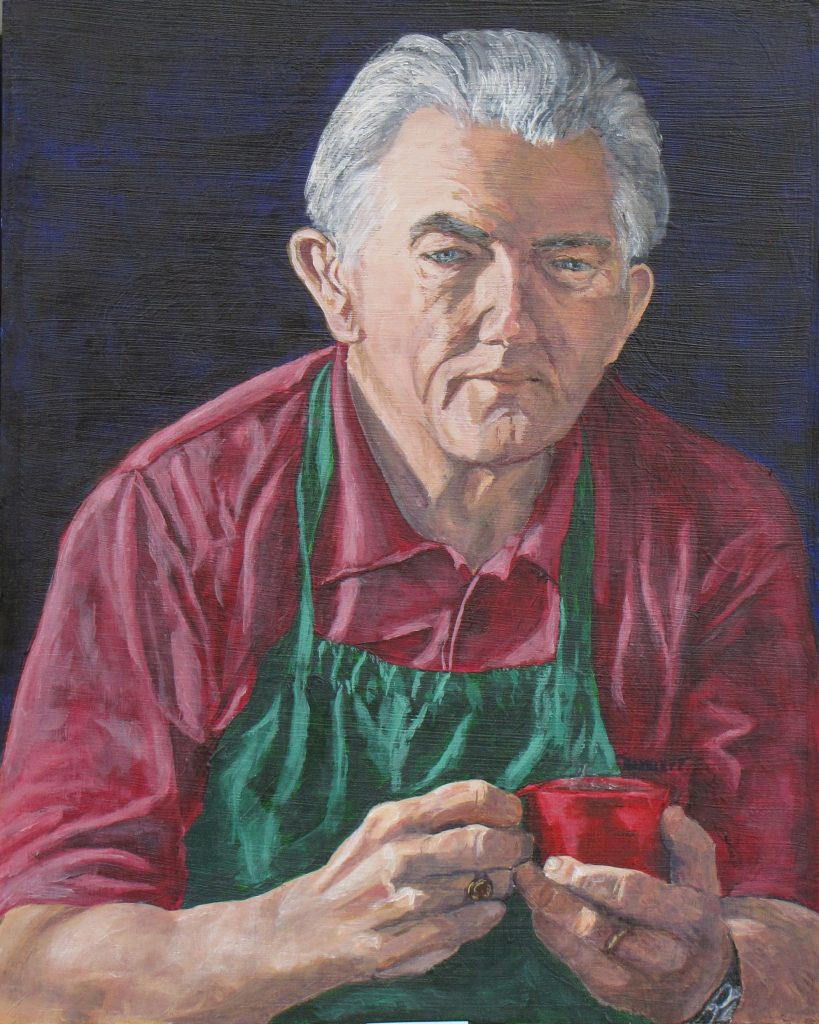