When Kayvon Asemani ’14 enrolled at Milton Hershey School in fifth grade, he brought with him the idea that life was all about finding opportunities in every situation. It was a lesson he learned from his late mother.

“When I turned 9 years old, I lost my mother to a domestic violence issue,” he said. “My father was in and out of the picture and one of the times he came in, he took my mom with him. My mother is gone, unfortunately, and my father is in prison serving a life sentence for what he did.”

As a 9-year-old boy from Baltimore, Maryland, Kayvon was forced to look at life in a different way.

“It [MHS] gave us a safe-haven,” he said. “It gave us a chance. Growing up in the circumstances we grew up in, there was no reason to believe that we could ever really succeed, but MHS gave us the resources to actualize our dreams and our ambitions.”

Kayvon used the resources at MHS to channel his love for music and strengthen his passion for bringing people together. 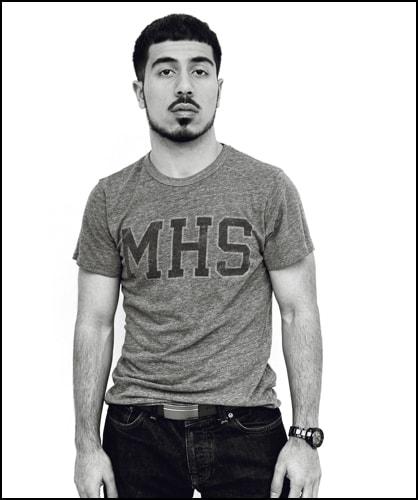 “[At MHS], everyone was listening to hip-hop,” he said. “I quickly discovered that my unique perspective and passion for music mixed with this world of possibilities truly created a transformative lane for me. Fast-forward to now and I’ve built a company, I’m an entrepreneur, I’m making my music, and building my audience.”

Besides being a full-time music artist and entrepreneur, Kayvon also is pursuing a virtual reality startup company called Vector Streaming, and he started Hiro Sol, a clothing line with a few partners.

“I think of myself as someone who just likes to create beautiful things,” he said. “Whether that is music, clothing, tech, experiences, solutions, opportunities, inspiration, or anything else. That’s why I’ve created so many business verticals. It all stems from the same creative process and that same purpose of creating something that relates to people inspires them, and allows them to be part of something bigger.”

On top of all of his pursuits, Kayvon is a full-time student, studying economics at the Wharton School of Business at the University of Penn in Philadelphia – one of the top business schools in America.

“It was always a goal of mine to attend Wharton,” he said. “In eighth grade, I decided I wanted to go to the best business school in the world and Wharton was hands-down the best. I wanted to make music, but I want to be a great artist with a great business background.”

Kayvon’s journey of opportunities has led to several unique breaks. Facebook COO Sheryl Sandberg featured his story in her book “Option B: Facing Adversity, Building Resilience and Finding Joy.” He also authored a blog for Option B’s website, and NY Times bestselling author Angela Duckworth featured Kayvon in her bestseller “Grit: The Power of Passion and Perseverance.” In 2016, he received an opportunity to perform his music at the United Nations headquarters in New York City as part of the International Young Leaders Assembly.

“I learned somewhere that you shouldn’t plan your life because life doesn’t follow a plan,” he said. “I have goals, but they have to do with developing skills—not achieving things like recognition and accolades on the outside. My happiness and success aren’t defined by those things.”

Although Kayvon is busy pursuing his passions, he also takes time to reflect on what’s driving those pursuits.

“There is this burning passion inside of me to make sure that kids who come from less are heard and they get the investment they deserve,” he said. “I am lucky to be where I am now and it’s all because of people who believed in me.”

As a graduate of MHS, Kayvon frequently returns to campus to mentor younger students.

“Adversity allowed me to see the world differently and now I want to help the next generation,” he said. “I want kids to know they can do anything they set their minds to and they should shoot for their dreams and walk backwards to get there.”