From a young age, Joshua Arledge ’15 dreamed of a different life. Growing up in rural South Carolina with 10 brothers and sisters in a four-bedroom trailer, Joshua always hoped for something more.

A phone call with his maternal grandmother one night presented the idea of attending Milton Hershey School.

“It was just by chance that I happened to call my grandma and a program about Milton Hershey School was on [her] TV,” he said. “The only connection I had outside of South Carolina was my grandmother in Pennsylvania, so it was just crazy how everything lined up.”

Joshua went to school the next day and looked up Milton Hershey School. He enrolled at the age of 15, two weeks before his 16th birthday.

“I remember one time, in my first few months, just crying and explaining to [my housemother] how I felt guilty for being here [at MHS],” he said. “She said, ‘if you feel guilty for being here, then nothing’s going to change. You’re not going to get any better. Someone is giving you an opportunity, so take it and say thank you. Make the best of it, because whenever you make something better for you, you’re making it better for your family, for those around you, for the community, and for the world.’”

Joshua learned a lot from his houseparents, including self-empowerment, self-advocacy, and how to get involved.

“I remember my housemother would always say, ‘ask how we can do this, rather than can we do this. Then it creates a sense of we’re together. We have the same goal.’”

Joshua used that advice to self-advocate for a study abroad program in college. He attends Gallaudet University in Washington, D.C. It’s the only liberal arts college in the world specifically designed for deaf people. He is one of the few students on campus who can hear. 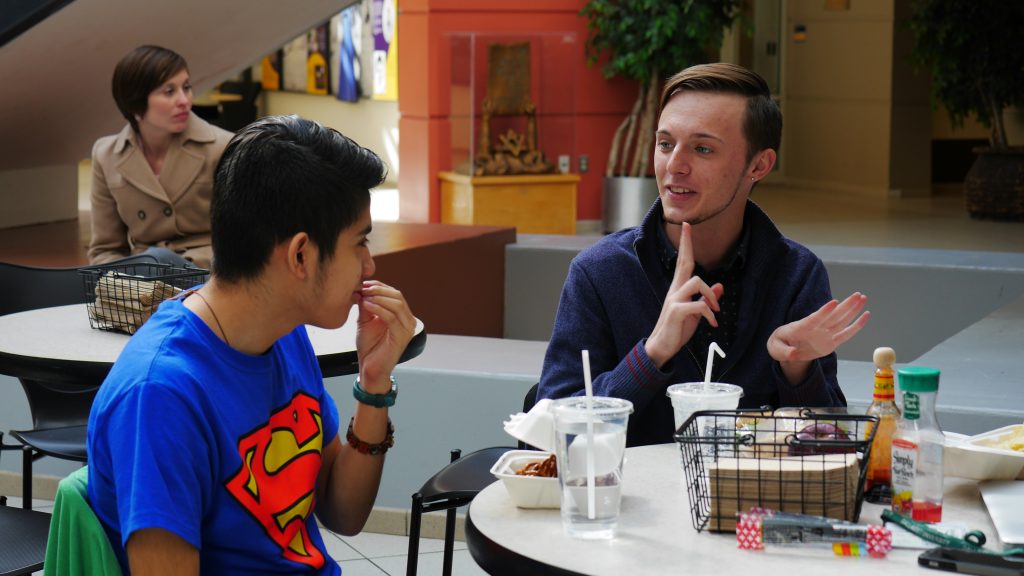 “My university at the time didn’t have a study abroad office,” Joshua said. “We just got one this semester, but at the time they said, if you want to do something yourself, you can figure it out.”

Joshua has a dual passion for the deaf and Latin American communities. Those passions led him to the National Institute for the Deaf in Bogotá, Colombia where he worked with the director to set up an internship. During his two-and-a-half months with the institute, Joshua worked on multiple projects and legislation related to sign language education in Colombia.

He also proposed the creation of a pamphlet to share with newborn parents who learn their child is deaf. 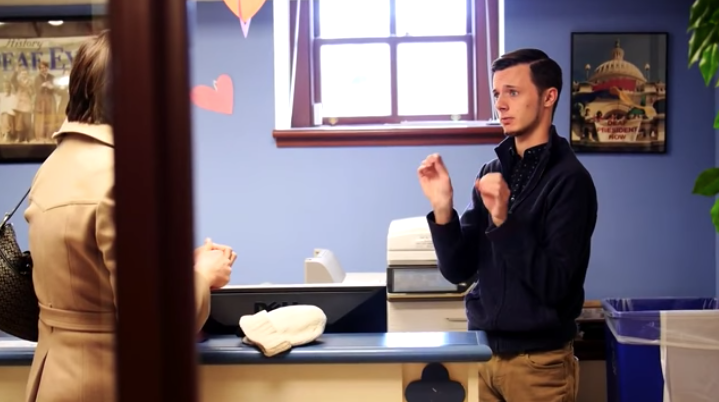 “Often, the first deaf person a parent ever meets is their own child,” he said. “Unfortunately, a lot of medical professionals in Colombia don’t understand what deafness implies. If a parent asks questions, the doctor doesn’t always know how to direct them.”

Along with the pamphlet, Joshua proposed the creation of a consortium within the medical universities of Colombia. The idea would require the universities to give workshops on the importance of understanding deafness to future doctors.

“There are so many places in Colombia that do not have internet or cell phones,” he said. “The idea was, if we can centralize the education to the actual medical professionals who are going into the rural, remote areas, that’s the best way to [share] the information.”

Although many of the projects Joshua worked on during his internship are still going through the funding and approval process, he still has a professional and personal connection.

“Occasionally people from the office contact me and ask me different questions or ask my opinions on things,” he said. “The big thing for me was getting into a room with medical professionals and starting the conversation early. Unfortunately [if you wait], the children miss that important time of development, and they can be delayed. It’s really hard to catch up on that gap, unfortunately.”

Joshua’s passion for the Latin American community also took him to the University of Buenos Aires for a study abroad experience. In addition to taking classes, he also taught English in the evenings. During the time over Thanksgiving break, he flew to Brazil to visit his housefather and his housefather’s extended family.

“I met all of his family,” he said. “His mother, sisters, aunts, uncles, cousins … everybody. Everyone welcomed me. I still keep in contact with quite a few of his family members on a regular basis, more than my own actual family.”

Joshua said he developed his interest in different cultures, specifically the Latin American culture, at Milton Hershey School—through his houseparents and his friends. 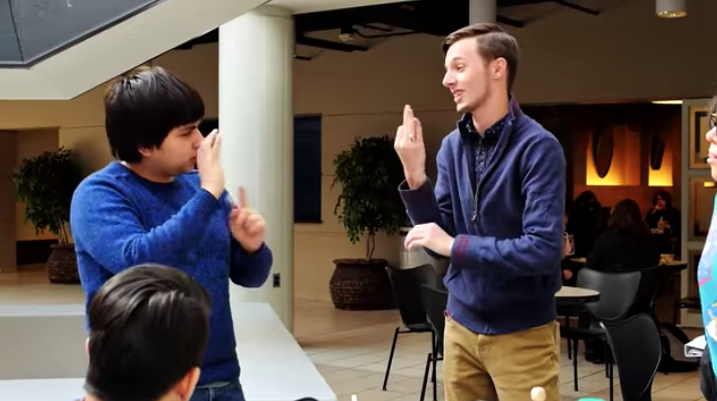 “Coming from a small town in South Carolina, there was very little diversity,” he said. “My houseparents were the first immigrants I had ever met and the first people who had an accent. That was new to me and opened my eyes to culture. In general, Milton Hershey School opened my eyes to so much. At MHS, I was able to be friends with whomever. No one was going to look at me weird if I were to talk to someone of a different race. At MHS, there’s just a sense of understanding.”

He also developed his passion for sign language and the deaf community at MHS.

“It’s hard to explain,” he said. “It just happened. I saw a group of deaf people who had a sign language interpreter at a concert. That sparked my interest.”

Joshua said on the trip back to Milton Hershey School from the concert, the group passed a local church in Hershey that was advertising free sign language classes. He worked with his houseparents to allow him to take the classes and soon he began meeting deaf people in the community.

“Now I’m here, and I’m living in this deaf world,” he said. “I can’t explain why I love it—I just do. It’s the place for me. It doesn’t make sense, but this is where I belong.”

Joshua will graduate from Gallaudet University in May of 2019.