Joel Smith ’02 enrolled at Milton Hershey School from Sicklerville, New Jersey as a sixth-grader. With a single mother raising four children and going to college, Joel found MHS as a new and exciting opportunity to explore.

“When we first showed up at MHS, we went into what is now Copenhaver and one of the guys from my student home came up to me and asked if I played basketball,” shared Joel. “That night we played another student home and I made a three-pointer, and everyone got so excited.”

Joel’s best memories come from his student home where he and his housemates would enjoy life together, watching each other grow, laugh, and have fun. “We did everything together and I think that because we stuck together it was like a brotherhood, making everything fun,” he said.

He continues to stay close with some of the boys from his student home and the houseparents he had over the years. While at MHS, Joel played football and participated in 4-H and the SkillsUSA competition. In high school, he also was a member of the Student Government Association, where he grew a strong relationship with the teacher and SGA advisor, Lewis Webster.

“Mr. Webster gave me an F, but I knew it was because he cared about me,” said Joel. “There was no favoritism when it came to Mr. Webster—he loved everybody, but held you accountable.”

Joel credits MHS with providing his stability as a student while allowing him the ability to make meaningful relationships with people that would hold him accountable and allow him to grow, helping him find his passion for working with people. 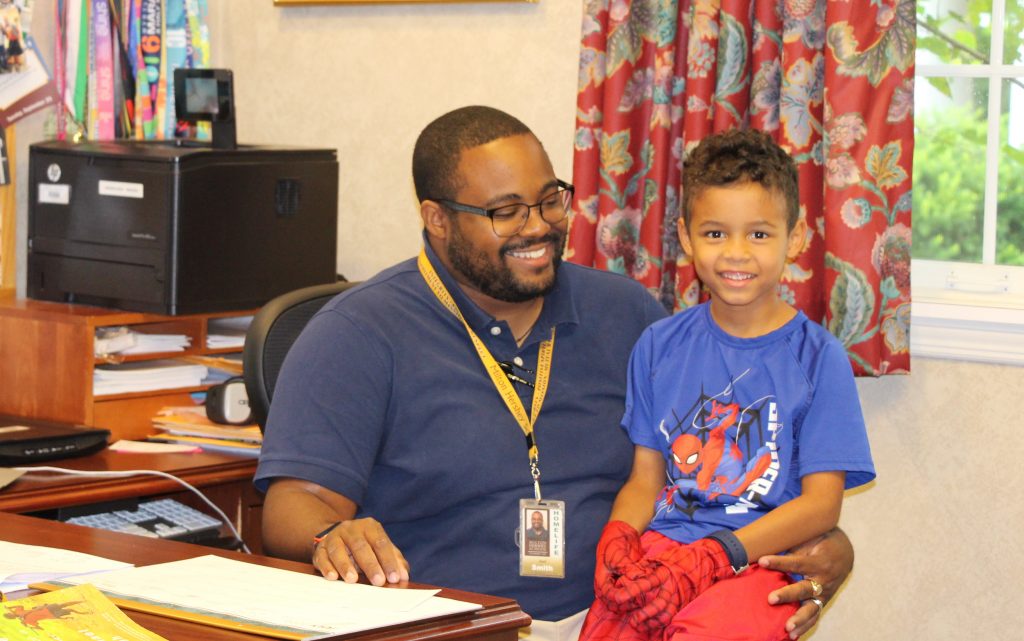 With that in mind, upon his graduation from MHS, Joel studied psychology at Temple University—taking his first job in a drug and alcohol rehab center where he assisted patients in their journey to recovery. After about a year and a half, he realized he wanted to do more to work with people, moving into the social work field as a health case manager in Delaware County, Pennsylvania.

“I liked being a health case manager because I liked seeing how much the people we worked with would grow over the course of their time with us,” shared Joel. “I liked seeing them from the beginning until when they didn’t need our services anymore and how much they’ve been able to advocate for themselves.”

After moving on from this position he got his master’s degree in pastoral counseling and care at Neumann University and began working as a drug and alcohol counselor, still holding on to his passion for helping others.

Joel’s wife, Cindy, who was a teacher, felt similarly about helping others, especially young people. Because of this and how special his home and school was to him, Joel brought Cindy to MHS for a Homecoming Weekend, leading Cindy to fall in love with everything that MHS has to offer its students — love, stability, and opportunity.

Joel and Cindy considered becoming houseparents for years before applying—and eventually being accepted. If there is one job that Joel never thought he would pursue, it was houseparenting, but now, he loves it.

“I enjoy houseparenting because I can have a conversation with a student and help them overcome the challenges they’re facing,” said Joel. “I want them to know that they don’t have to carry their burdens alone.”

Joel uses what he learned from his own houseparents and his time at MHS to influence the way he interacts with his students, ensuring that he shares his experiences to help them along their journeys.

To every MHS student and alum, Joel encourages you to “Figure out what you want and try to live one part of that every single day.”