From camping in Badlands National Park in South Dakota to buying a cowboy hat in Montana, Jared T. Ross’ ’18 summer was nothing short of adventurous.

Jared was exactly one-month post-graduation from Milton Hershey School when he packed up his white 1998 BMW and drove out of rural Pennsylvania to begin his life as a student at the University of San Francisco. He was on a mission to make the impossible seem possible and inspire other young MHS graduates to do the same. What he got was much more. He discovered a unique network of people from around the country who gave to him with gratitude, intent, vision, and enthusiasm—just like our founders.

“I wanted to show that I can do anything, even when it seems unreasonable,” Jared said.

From the very beginning of his MHS journey, it was the people at MHS that kept Jared focused, even though his family was 3,000 miles away in Seattle, Washington. Coming from a home where stability was never certain, Jared’s mother decided to send her son to Hershey, Pennsylvania with the hope of a brighter future. Although Jared was reluctant in coming, it was only a matter of months before he realized what was so special about the school located in a town named after a chocolate bar. 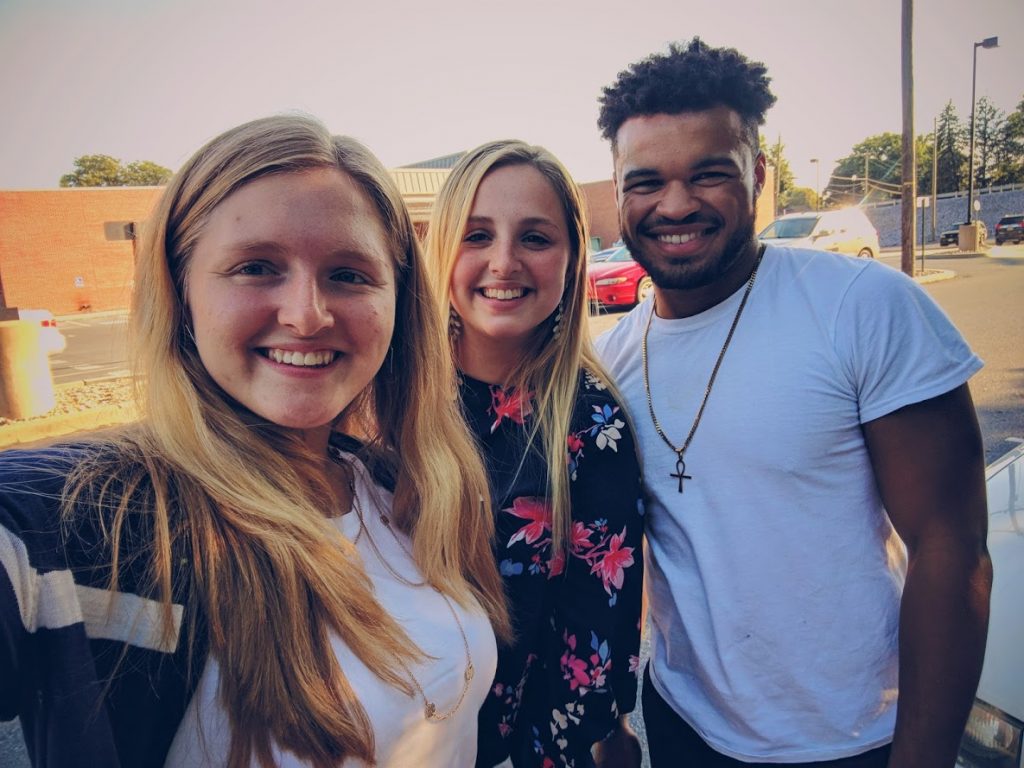 While at MHS, Jared was involved in a plethora of activities and transformed into a bright, healthy, confident, and talented young man. Upon his arrival in eighth grade, Jared immediately joined the football team, and over his first Thanksgiving vacation at the school, he went on a History of America trip to Gettysburg, where a passion for travel began to blossom.

“Getting the opportunity to travel more and the friends that I made along the way made History of America trips so fun for me,” he shared.

Throughout the rest of his time at MHS, Jared excelled in all areas by becoming a leader in the Student Government Association, participating in a three-week service-learning trip to Ghana, continuing to play football and most importantly, inspiring his classmates to believe in their dreams. Nothing was impossible to Jared, so it was no surprise when he announced to his friends and mentors that he would be taking the 3,600-mile journey to California by car—because, in his eyes, he had nothing to lose.

Jared was not sure what his trip would look like, and what literal and figurative road bumps he would run into along the way. He was certain, however, that he could count on the MHS community to guide him in the right direction, as they had for the last five years of his life.

“If not for the MHS community, past and present, I would have been a lot hungrier and slept in my car more during my trip.”

From giving gift cards and supplies before he left campus to purchasing hotel rooms and opening up their homes, the MHS community at large continued to treat Jared as a member of this very large, diverse, and unique family. After reaching out to the greater MHS alumni community on social media, he received encouragement and dozens of offers of support.

“We treated each other as friends and family, skipping over the acquaintance stage of our relationships,” he shared. 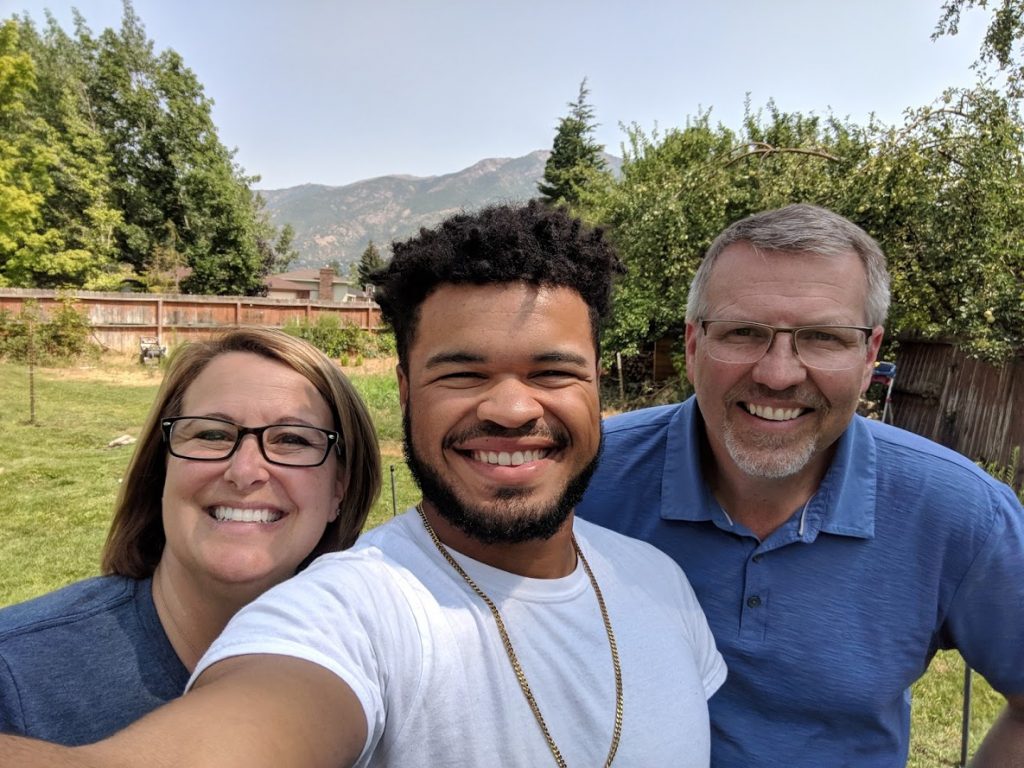 Jared visited and got to know numerous MHS graduates over his 12-day adventure. Among these graduates were Chuck and Cyndi Seidel ’87 from Salt Lake City, Utah. Both Chuck and Cyndi graduated from MHS and opened their home to Jared during his journey. They did this because they understand the miraculous gifts that MHS gives its students and understand the importance of supporting young alumni. The trio bonded over their shared MHS stories—including shared houseparents. Both Cyndi and Jared lived with Amy and Nolan Hauser when they were students at MHS.

“Jared’s houseparents were also my houseparents for a very brief time,” said Cyndi. “That’s the thing about Milton Hershey [School], it doesn’t matter how different you are, the school automatically pulls you together. It’s important alumni get to know and support the younger generation because that’s what family is supposed to do.” 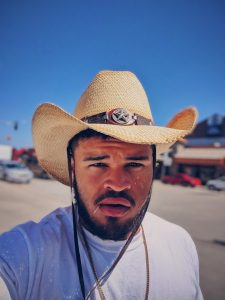 After traveling through 12 states, visiting two National Parks, and meeting people who wear their MHS class ring proudly, Jared made it to San Francisco, ready to change the world. For the first time, Jared understood the depth of MHS support post-graduation. He was secure knowing that he could call upon his friends, mentors, and new alumni brothers and sisters to help him when he was at a crossroads.

“I was going all the way across the country; I did not expect to be so supported,” Jared shared. “What I realized was that support from MHS does not fade with distance.”

Once Jared began his first semester at the University of San Francisco, he continued to keep contact with his friends, mentors, and the alumni that he met on his journey. He also built a new mentorship with alumnus Kayvon Asemani ’14, who is working as a product manager for Facebook in San Francisco. These relationships are keeping Jared focused as he navigates life as a young alum, just as they did when he first enrolled at MHS.

“Being an alum is a blessing and a responsibility. It’s a blessing to have so many people around to support you, but you have a responsibility to honor all of the efforts and time that have been poured into you to make you a better person,” Jared said.

Jared’s support from MHS alumni did not end following his 3,600-mile journey. After learning he had been chosen to go on an educational trip to Brazil, he reached out to the Graduate Programs for Success (GPS) Division at MHS for help. By working with Vice President of GPS, Tanya Baynham, he learned about financial opportunities through the Dearden Foundation. The Dearden Foundation was created to honor the legacy of William E. Dearden ’40 and provides short-term emergency assistance to recent graduates with housing, transportation, medical and educational related needs.

Jared wrote a proposal to the foundation and was awarded funding for his trip. In return, he was asked to pay it forward to fellow graduates in the future.

“Being an alum of MHS means that you have the responsibility to make the most impact you possibly can in other people’s lives,” he shared.

Jared is an inspiration to many alums and is a reminder for fellow graduates that no matter how many years—or months—ago you graduated, there will always be a unique bond between you and your fellow Spartans. Jared encourages other young alumni to reach out to MHS when they are in need, because we are a family, and family sticks together.

As Jared prepares to finish his second semester of college, he’s challenging himself and others to believe in conquering the unreasonable by creating their own story. After all, it was one couple and one chocolate recipe that changed the trajectory of 10,000 people and counting in a small town called Hershey.