Holly Dixon ’17 was in eighth grade when she enrolled at Milton Hershey School from Curwensville, Pennsylvania. She learned about MHS through a guidance counselor at her school.

“My dad was a single parent raising three kids,” she said. “We didn’t have a lot of money.”

At first, Holly was not excited about enrolling at a school so far away from her family. She only planned on staying for a few months, but it was the connections she made with students and staff that helped MHS begin to feel like home.

“It was scary at first,” she said. “[MHS] was so big. I wasn’t used to that big of an environment. People would come up to me and shake my hand, and it was different and weird that people were so nice. I thought they were faking it.”

At MHS, Holly was involved in the Viva Diversity Club, Mini-THON, and the writing center. In each, she demonstrated strong leadership qualities and a commitment to giving back and inspiring others.

During the summer before her junior year, through a health checkup, Holly was diagnosed with chronic eosinophilic leukemia—a rare type of blood cancer that causes unexplained weight loss and fatigue. 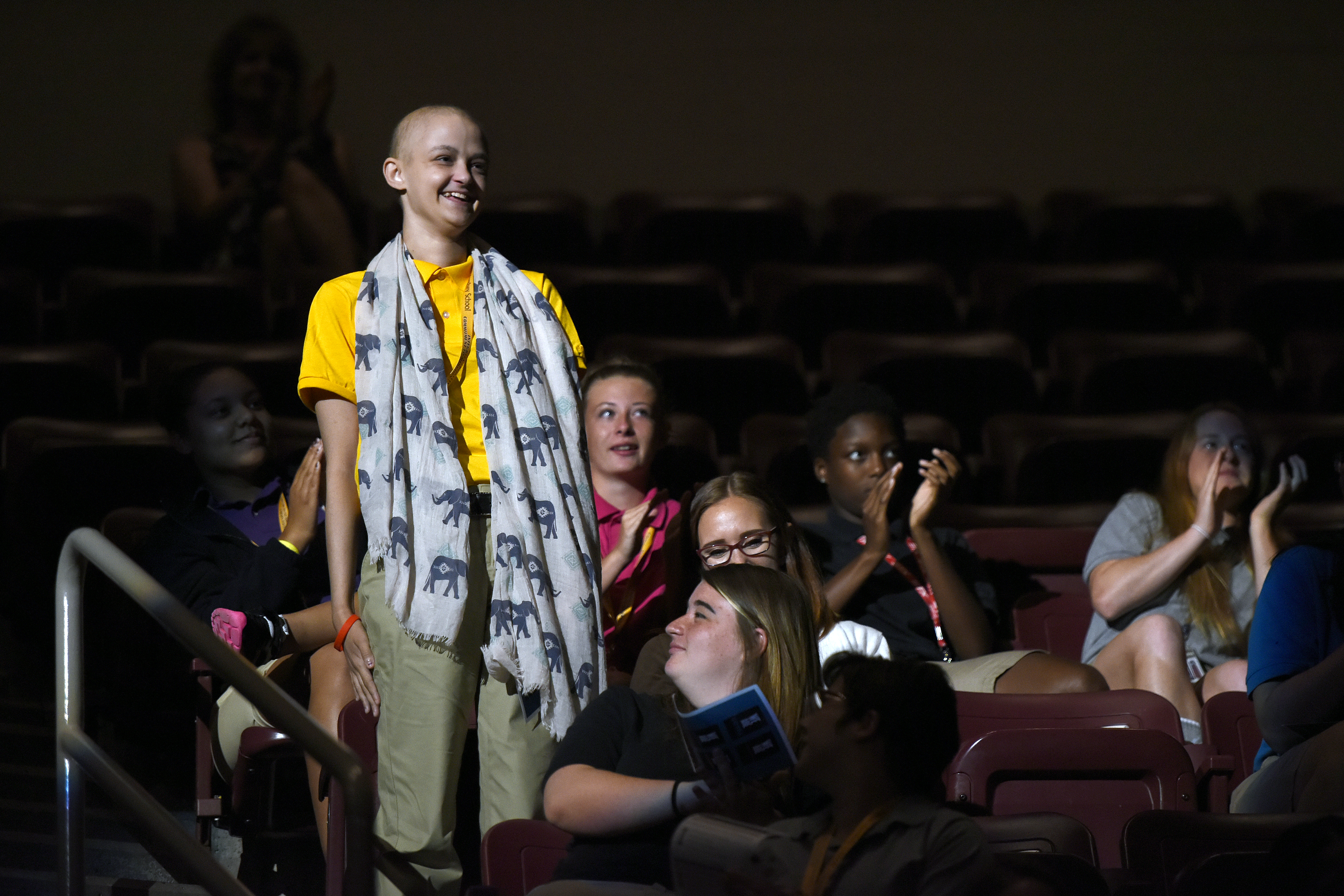 “They thought I had an eating disorder because I couldn’t gain weight,” she said. “After taking my blood, they checked for everything and found out my eosinophils were really high. I was sent to a cancer clinic and found out I had leukemia.”

Holly spent her entire junior year battling the blood cancer—going back and forth between the school’s Health Center, her student home, and the hospital for chemotherapy treatment. While Holly was fighting the disease, the MHS community was rallying around her—causing her to realize just how much they cared.

“On the day I was admitted into the hospital for my bone marrow transplant, the school had Mini-THON,” she said. “One of the students organized the luminaries and spelled out ‘Holly.’ It was so sweet. Then people kept sending me videos saying, ‘We’re thinking about you, we hope you’re doing well.’ It was a really good experience.”

When Holly returned to classes her senior year, President Pete Gurt ’85 highlighted her during the 2016-17 Opening of School Assembly.

“President Gurt started talking about me [during the assembly] and then they shined the light on me—it was a weird experience but it was nice,” she said. 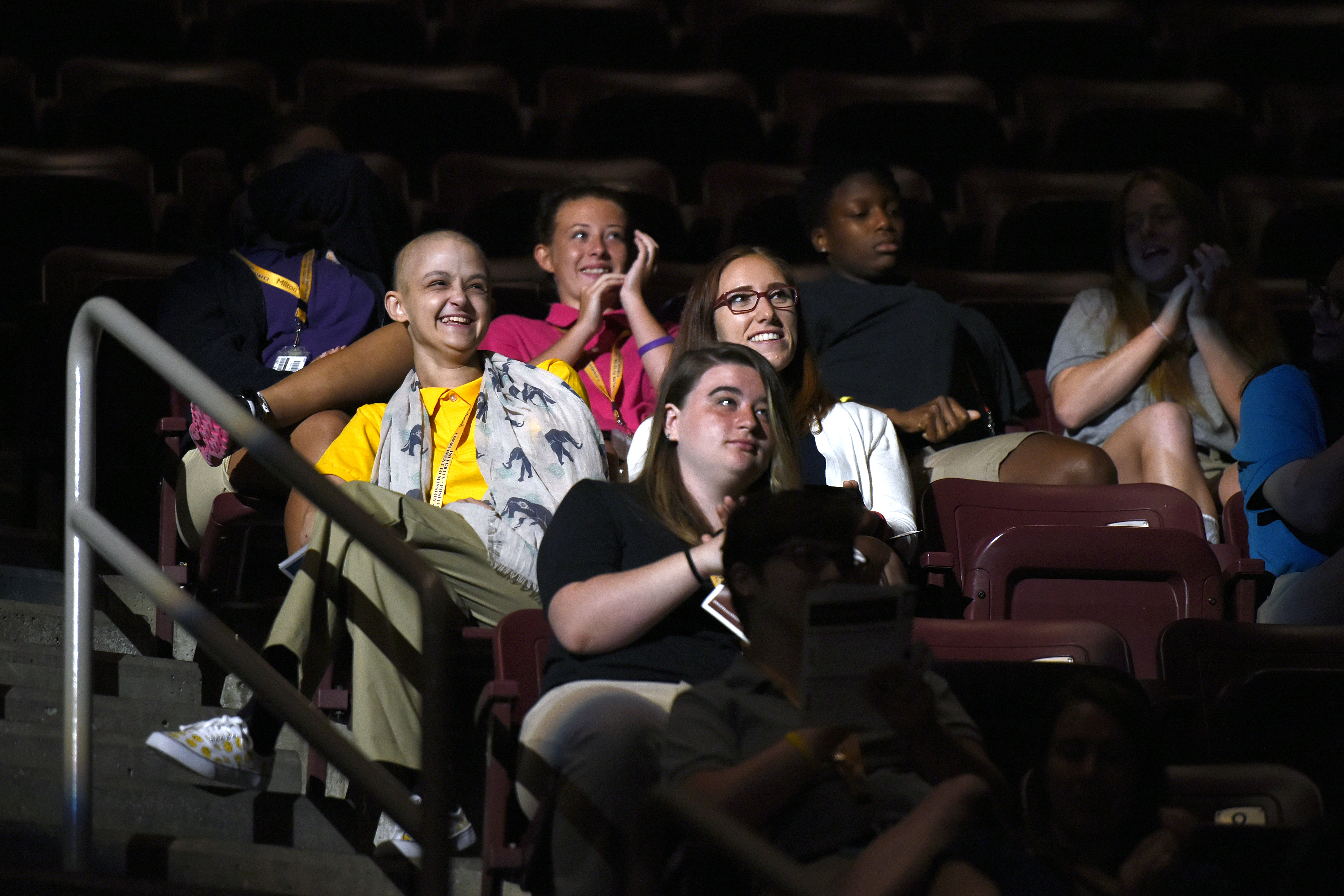 Holly also received an award for excellence in her senior year for serving as a positive leader to her fellow students. The award outlined that she faced great adversity, but through it all, she displayed immeasurable poise, resilience, and commitment to complete the credits necessary to graduate on time with her fellow classmates.

“I know it sounds cliché, but I feel like MHS actually saved my life,” Holly shared. “If I didn’t come to MHS, they would have never found my cancer.”

Today, Holly is healthy, in remission, and working toward achieving her dream of becoming an elementary school teacher. She currently is studying early childhood education at Pennsylvania State University where she will graduate with a master’s degree. 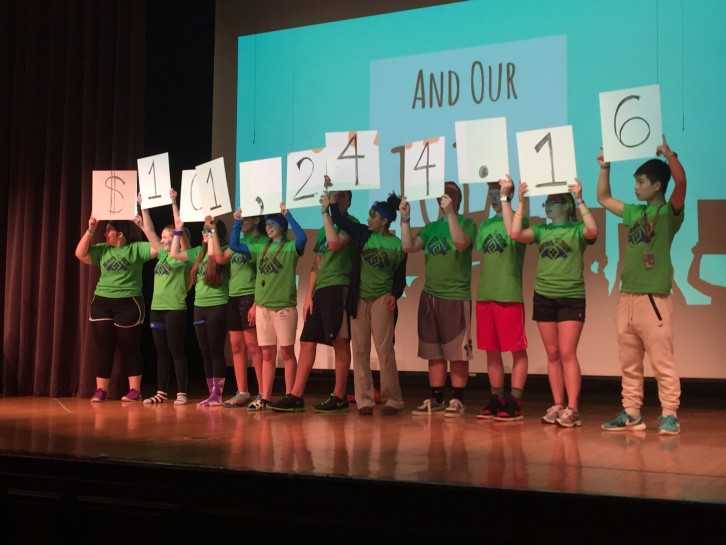